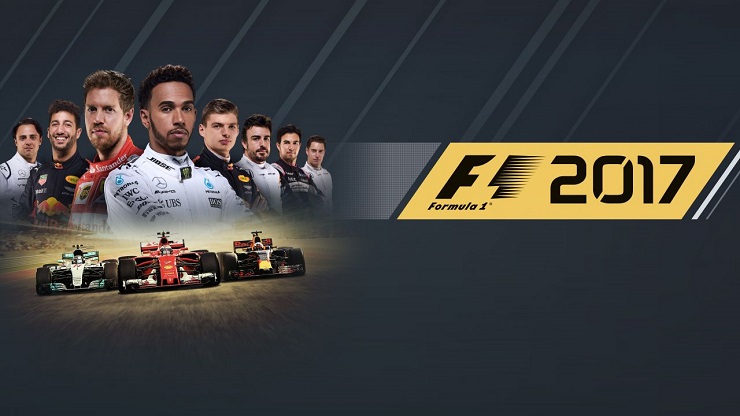 Codemasters has done a good job with the F1 games since the debut of F1 2010, gradually getting better with each iteration, with the odd exception. After a bit of a shaky start in 2015, last year’s game brilliantly captured the feel of the sport, but it’s all starting to feel a little samey. So, what can be done to breathe new life into this licensed franchise?

For starters, Codemasters has added a line-up of classic cars and invitational events to F1 2017’s career mode. This is incorporated via a new owner of whichever team you choose to join (I went for Toro Rosso, because I like to earn my promotion to a higher team), and this new fella is probably one of those men with more money than sense and a childlike need to take control of everything. Like the last few games, there’s a cinematic slant to the career mode, with many scenes taking place in the paddock. Your agent and engineer are both back, seemingly using the exact same models as last year, and like nothing more than to waste your time in between races. Everything they tell you could be done through simple emails, but Codemasters wants us to experience the “full package” of an F1 driver’s season. As nice as the idea of this is, you often just find yourself wanting the guy to shut up so you can get back to what you were doing. Then again, maybe that’s exactly how many of the drivers feel.

But once you get into the behind-the-scenes stuff, like directing the R&D department via the new upgrade tree, it does offer something beyond simple racing. In a bid to match the rules of the sport, this management includes changing various components between races, monitoring the wear and tear of each part, and incurring penalties should you use more than the allotted number of parts in a season. If that sounds boring, it’s probably because it is, but when you’re actually racing it does mean that there is an extra layer of realism to how you look after the car. This is what the drivers have to contend with, after all. Once you hit the track, very little has actually changed in the handling. It feels almost identical to last year’s game, albeit slightly more sturdy as the car feels more connected to the asphalt. This is understandable, given that it worked so well last year (if it ain’t broke, etc.) but there’s a tinge of disappointment in that too. F1 2017 is incredibly similar to 2016 both on and off the track, with animations seemingly taken frame-for-frame and slotted into the new game. No matter how you look at it, that isn’t acceptable.

Visually, it feels like a step backwards too, strangely. The framerate is still smooth as silk and the attention to detail on the cars is astonishing, even down to seeing the blistering on the tyres as they wear down. The background detail is where it suffers though, like vaseline has been smeared over the lens of the game’s camera. Often you’ll be trying to learn a new track and you’ll be looking for the distance markers leading up to the next corner, only they’re blurry and indistinct (and not because of motion blur), as is almost everything outside of the sphere of the car’s existence. It still looks good and every track is extensively modelled to within an inch of its life, but again that slight tinge of disappointment is everpresent. Luckily, the racing is the main point of an F1 game and that’s where this one shines. As I mentioned earlier, the handling is great and responsive. The physics of everything, from the weight of the car to the way tyre wear affects grip, is as good as it has ever been. The AI has been upgraded too, especially how it responds to other drivers. Before, it would often bump into you as you passed, even spinning you out as it clumsily attempted to slot in behind you, but all that has changed now that it reacts with true authenticity. I’ve been consistently impressed by the way the AI racers move around each other, but it still makes realistic mistakes as it brakes too late or puts the power down too early, trying desperately to keep its nose pointing in the right direction.

I also mentioned that you have to take care of your car’s various parts throughout a season, and that applies to the AI too. Cars will malfunction and break down, so you’ll see a more realistic rate of car failure during races in F1 2017. You will find yourself on the receiving end of these failures if you aren’t careful, but it has to be said that your car’s parts do tend to wear unfairly quickly. Now, I freely admit to being a quite aggressive driver, but by the end of my first race weekend in Australia the majority of my car’s internals were over 60% worn. This can be rectified during the course of a season if you use R&D to upgrade the strength of the parts, but the extreme wear could do with being reeled in a bit, post-launch. Still, this brings in a new level of realism that ensures F1 2017 is as close to the real thing as possible. But if that’s not your bag (why are you buying an F1 game then, silly?) then Championship mode is where you’ll want to spend most of your time. This is where the gameplay is at its most fun, as the focus is solely on the on-track action. You have full championships and even a classic championship, with the new old school vehicles racing on historically accurate circuits (well, circuits that were around during some classic seasons), but there are sprint events and hot lap challenges, all with minimal focus on tyre wear and component failures. You can blitz through some of these series in an hour or less, making it perfect for those days when you just don’t have time to sink hours into going through a whole race weekend.

F1 2017 is still the definitive F1 experience, with even more attention to detail than before, but it’s starting to wear a little thin, despite its quality. Where other licensed motorsports games have added junior classes and a plethora of other additions to their career modes, the F1 series ignores those lower classes and instead adds classic car invitationals that simply don’t do enough to vary up the gameplay options. Despite a large amount of content throughout several game modes, Codemasters’ latest still manages to feel a little empty as a result.

Environmental visuals are often blurry
Too similar to previous games

F1 2017 is perhaps the biggest game in the franchise to date, but still feels strangely empty as its new content doesn’t really change things enough from the previous games.