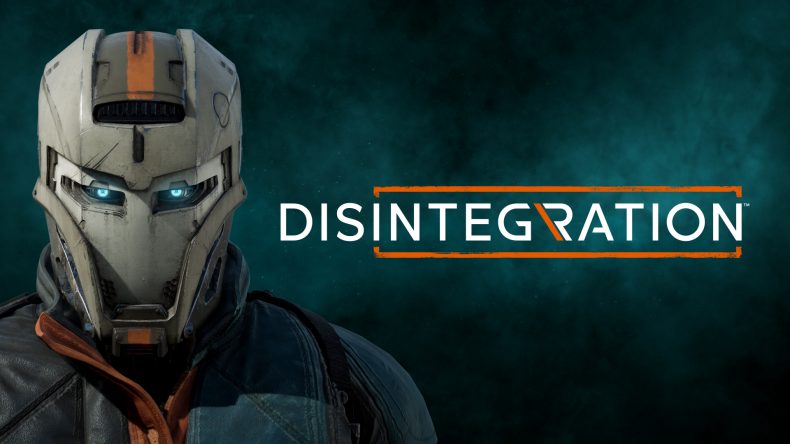 One of the most anticipated games of last year was BioWare’s Anthem, a scifi RPG many of us hoped would revolutionise the industry. It, of course, did not, but it was quickly determined that after all the empty promises and unfulfilled hype, the best part of Anthem was the Javelin. An armoured flight suit capable of carrying you gracefully above the battlefield, equipped with a customisable load out, explosive ordnance, lethal melee weapons and devastating special attacks. Among all of Anthem’s many spectacular failures, the Javelin stands out as perhaps its one true success.

So it makes you wonder how a game like Disintegration can take the core ideology and even the aesthetic of Anthem and produce something so incredibly ordinary. Developed in part by one of the creators of Halo: Combat Evolved, Disintegration should be incredible. Set in a world where people have their consciousness downloaded into a mechanical body, or Armature, to essentially live forever, it’s a universe ripe for RPG-lite mechanics and endless customisation. But the icing on the cake is the Gravcycle, a flying machine capable of moving above the fight, firing repair nodes at allies and raining hell down on the enemy. Or it should be. Like, it really, really should be. The whole point of flight in games like this is to give you a sense of empowerment; making you the sole healer and order-giver should give you the sense that you hold your fate and the fates of others in the palm of your hand. Disintegration doesn’t really do that at all. Instead, what you get is an inoffensive and passably entertaining shooter that does very little to stand out from the crowd. In fact it might as well be sitting in the middle of the crowd, in a beige coat, reading a newspaper, listening to Taylor Swift. But while the story rarely does an awful lot to surprise you, it’s an adequate means to a specific end. That end being you, as Romer, piloting a Gravcycle through a variety of unexciting locations, shooting things until doors open and then doing it again around a dozen times per mission. Though, in fairness, the shooting is quite fun, and commanding your squad on the ground is simple. Each squad member has an ability unique to their class (Warrior, Ranger, Striker or Tank), including a missile barrage, concussion grenade and a slow field generator. Using them together to stagger the opposition or blow holes in a line of enemy Armatures is pretty satisfying, but sadly you can’t select who you take with you each mission. The game does that for you, despite the story rarely requiring specific characters.

In fact, considering the Outlaws live in an actual chop-shop – owned by Waggoner, a human (or “Natural”) who they just kind of decide to work with – there’s a distressing lack of customisation or diversity. I don’t expect loadouts in every game, but when your main character rides a flying battle bike that uses different, predetermined weaponry each mission, personalised loadouts shouldn’t be too much to ask. Because some of the weapons are decent. Homing rockets, a powerful marksman rifle, a sticky bomb launcher – you get to use all of these during specific missions and in the multiplayer, but you can’t choose what to take with you each mission. Sometimes you have a healing ability in your secondary slot, but sometimes you don’t, and when you don’t, the game compensates by putting more healing stations in the level. Why? Why not just give us the heal ability on a cool down as an addition to the primary and secondary slots? It’s an arbitrary decision that, like many of the design decisions in Disintegration, simply hold it back. It’s a competent shooter, but many of the guns lack a sense of impact and, even after levelling up a bit, your Gravcycle comes apart like tissue paper in a crossfire. The idea is to move around and use your squad, attacking the enemy with what the game optimistically calls “Priority Pulse Targeting”, which is a laughably fancy way of saying “the whole squad shoots the same enemy until it’s dead”. You can’t control the squad as four separate entities beyond whose special ability you use first, and so it feels like you could either lose the Gravcycle and have Romer on the ground, or lose the squad and give their abilities to Romer instead. The core concept is so undercooked that it feels like it doesn’t matter.

Which is not say Disintegration feels unfinished, because it doesn’t. It’s a polished game, the mechanics are locked in, the visuals are nice enough if not exactly mind-blowing. The problem with Disintegration is it doesn’t feel ambitious. It’s an incredibly safe game that offers a good few hours of entertainment but doesn’t ever feel cutting edge.

There is a multiplayer element which sees you piloting your Gravcycle against other players, controlling your crews on the ground. In this mode there is an element of customisation as you can adjust your colours and banners, etc. The multiplayer is based on the Gravcycle tournaments of which Romer was a famous champion in his previous life, but they’re no less violent than the campaign. That said, I found the multiplayer to be just a little bit messy, and while going head to head with other pilots is fun, the Gravcycles just aren’t nimble enough to get a decent dogfight going, so you really just clash against one another until one of you wins.

You can use the environment to your advantage for cover, of course, but not in a way that feels meaningful. The Gravcycle is a front-facing machine and lacks the manoeuvrability of a flight-suit, jet pack or aircraft. Having multiple cycles and crews going at it at once makes for a seriously busy screen, too. With three modes to choose from including Zone Control and Retrieval (which feels closest to Destiny 2‘s Supremacy mode) there is a lot to get into, but again it doesn’t feel particularly fresh.

In an era where first person shooters continually push the envelope in terms of genre tropes, visuals and mechanics, Disintegration simply doesn’t do enough. The RTS element is so slight as to not make much of an impact, and though the story is comfortably familiar, it lacks surprises and fails to do anything interesting with the world or characters. It’s not a bad game, but it sadly feels a few years late and a few dollars short.

Feels basic
Mission design is bland
Plays it too safe

In an era where first person shooters continually push the envelope in terms of genre tropes, visuals and mechanics, Disintegration is a few years late and a few dollars short.