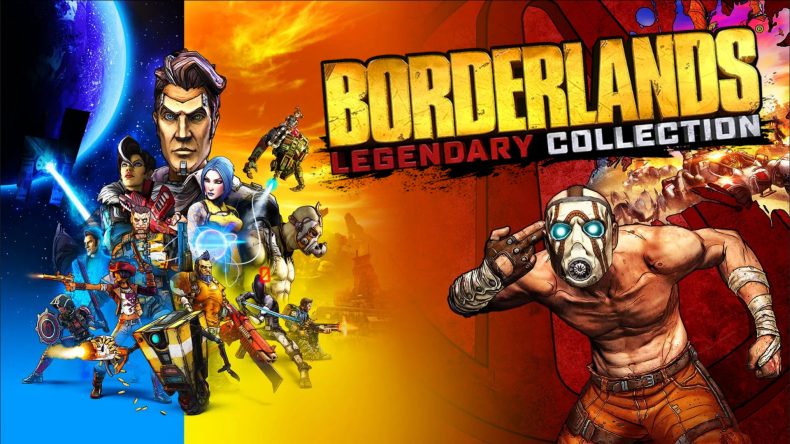 I’ve made the joke before that Borderlands is Gearbox‘s meal ticket, but on reflection, it’s not really a joke at all. Compared to the rest of their output, Borderlands is Gearbox’s shining star, their one solid, reliable, and truly popular IP. It’s not hard to see why it continues to be such an apple in the eye of Joe and Jane Public either, even if it does beg the question of why Gearbox doesn’t seem able to match it with any other property.

While Borderlands 3 fell a little short of the high bar set by previous entries, it was still a cracking game – but The Legendary Collection is where it’s at. Borderlands 1, 2 and the Pre-Sequel, sold in one package (though not as one entity, oddly) present the original trilogy with all of their various DLC offerings and extras, and add up to hundreds of hours of irreverent mayhem, genuine comedy gold, and some of the most satisfying blasting of the last few console generations.

At this point, it’s unlikely that anyone who would enjoy Borderlands won’t have already played at least one of them, and if you’ve played one I’d say you know what to expect from the others, though there is a bigger jump in quality and content from 1 to 2 than between any of the subsequent releases. They’re first-person shooters that focus predominantly on the planet of Pandora, a distant colony world home to ancient treasures and mysteries locked away in alien vaults that are the target of mercenary Hunters, depraved bandits, and mega-corporations alike. In each game, you take control of one of 4 to 6 Vault Hunters (depending on the game) attempting to get rich and live long enough to enjoy it. While tackling bandits, bosses, soldiers, and the indigenous life of Pandora and her moon, you’ll be sifting through mountains of guns with a staggering variety of different attributes, effects, elements and compositions. From rocket-launching pistols to shotguns that fire lines of bouncing explosives, weapon diversity is at the heart of the Borderlands experience.

Instead of having all the games branch from a central trunk, the Legendary Collection on Nintendo Switch requires you to install all three games separately. It’s a bit odd, but not a major issue as, frankly, some may opt to not run through the first Borderlands again, while some didn’t enjoy the Pre-Sequel as much. At least this gives you the option to save some hard drive space. That being said though, if you haven’t played the first one, it’s very much worth it. It’s a little less full in terms of the RPG elements, the guns aren’t quite as outlandish, and the characters are less OTT, but it forms a strong basis for the series, with the original four-player characters taking the form of prominent story NPCs in subsequent games. The brightest spot is Borderlands 2, though. Handsome Jack is a despicably likeable villain, and 2 features some fantastic locations, enemies and NPCs. It also has the best story, with a handful of genuinely emotional moments and some exceptionally good DLC.

What’s truly impressive is how well all three games run on the Switch. There’s very little loss of fidelity, the colours remain bright and vibrant, and on the whole the three games maintain a steady 30 frames per second. They look a little less appealing when playing docked, but not so much that it removes from the experience.

Borderlands: The Legendary Collection on Nintendo Switch is, frankly, essential for any fan of first-person shooters. If you’ve played the games previously, they’re still worth another run, and if you haven’t then you really should give them a go. Action, humour, stacks of variety and literally hundreds of hours of gameplay make this a package well worth picking up.

Borderlands Legendary Collection is an incredible port, suffering very little slowdown or visual impairment. If you missed this series before, now's the perfect time.