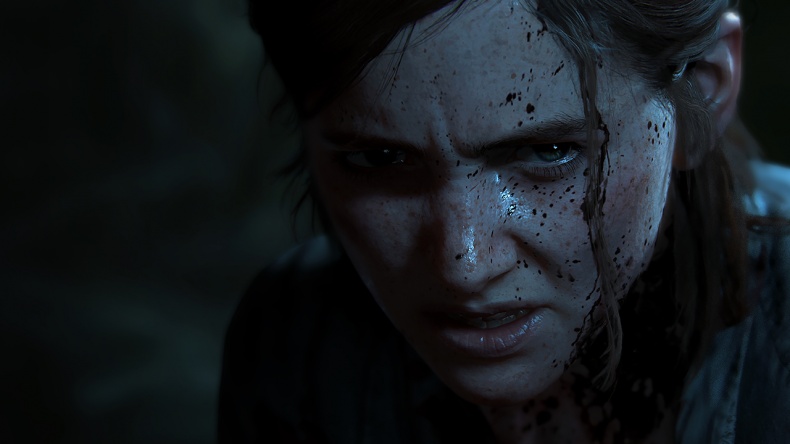 The Last of Us Part II is dark.

And I don’t mean dark like you are expecting it to be. I can honestly say I’ve never seen some of the things in The Last of Us Part II in a game before. In fact, I’m not sure I’ve seen some of them anywhere. The brutality, desperation, and darkness of the human soul is borne out for all to see in pixel perfect format, and in absolute truth, it is going to be too much for some to take. I won’t spoil the story, but I will say I’ve never felt so conflicted over something a game has shown me, or asked me to do. I was pressing buttons and not wanting to press buttons, and there are multiple moments that left me desperate, begging for anything but that to happen… but it does. Because it’s Naughty Dog, and it’s The Last of Us, and it’s bleak, unforgiving, and yes, dark.

What Naughty Dog has achieved here is revolutionary. Like all sequels, it betters itself from a gameplay standpoint, but unlike many, it takes risks – ones that mostly (but crucially, not entirely) pay off. The Last of Us Part II reminded me that a medium like games isn’t constrained by a “real” camera, and can go anywhere and show anything, this game proves we can do anything in a game, we’re not limited by anything other than imagination. But it is a game, though. So combat has improved, though if you couldn’t stand it before, I don’t think it’ll change your mind completely. Everything feels weighty and like it has a realistic, punchy feel to it. Your options are plentiful, and it may be my memory, but there feels like more guns, more tools, and more upgrades than ever before. Stealth feels like a genuine option, and there are moments where you can bypass entire combat scenarios by being quiet and sneaking through.

When you do get your guns out, though, it feels superb. The shotgun has more beef behind it than a butcher’s back entrance. I could never decide which handgun I preferred: the slower, one-shot fan’s choice, or a silenced pistol that let me pop heads off “bad guys” or infected. Ranged combat is an option, as you can upgrade your tools at a workbench just like in the first game, to add a scope, improve stability; reload time, etc. It feels great, and every option feels viable.

Take one section for example, where I was on the run from human enemies and found myself in the ruins of a tunnel housing multiple crashed trains. The foreboding darkness festooned with dust particles that are as beautiful as they are distracting, is broken by the torchlight of incoming soldiers and I’m wondering how I’ll get Ellie out of this in one piece. Then a sound in my right ear piece makes me feel ten times worse: there’s a Clicker down here. Hiding in the front carriage of a train the idea dawns on me that I can throw a bottle towards the soldiers and the Clickers might do the heavy lifting for me. It’s not the most highbrow concept a game has ever had; to pit your foes against one another, but that it worked so beautifully was a genuine wow moment. The numbers thinned, I stealthed my way round, shanking infected and human with glorious abandon, the dust lifting as I breached back to the surface world and Seattle’s lush, overgrown foliage a welcome sight indeed. Games have, for the longest time, struggled to get eyes right, but The Last of Us Part II nails it and then some. I’ve never seen emotion detailed so richly in a game, just by the welling up of eyes and the quivering of a lip. The rage in Ellie’s eyes is, at times, palpable. Her hatred is felt in your cold sweating hands as you push buttons. There’s one scene that even made me question whether I wanted to go on. “Push Square to swing the bat”. I pushed it, and again, and again. I wanted them to feel Ellie’s pain.

The visuals, then, are mind blowing. Richly detailed shops and buildings make for a livable, but importantly, believable rendition of Seattle that is now just destroyed beauty. Puzzles that require searching the environment add to the feel that this place doesn’t exist because you’re travelling through it. Indeed, there are sections similar to Uncharted 4 that have mini-hubs within the world, offering a map you can explore and check off as you do so. In fact, The Last of Us Part II feels akin to Uncharted 4 and Lost Legacy mixed into one gigantic package. Sure it’s high budget in terms of how it looks, but you get the feeling it matters to Naughty Dog that their world feels real.

Special mention to the audio team, as well. I’ve long said that audio in games is a underappreciated medium, but across the board, from the voice acting to the music, to the sound effect, to the incidental moments you won’t remember in ten years, but that make everything just that little bit more atmospheric and real-feeling: it’s spellbinding to play with a pair of headphones on. In fact, so good is the audio that one moment made me jump more than any game has ever done before, and it was all down to the sound. The Clickers are ferocious sounding; terrifying, even, and some of the new enemies use sound to such enormous effect that the fear is delivered via the ears, not the eyes. Oh and as for that soundtrack? Well, it’s better than first. There; I said it. It’s very clear from the offset that there are multiple stories the developer wanted to tell here, multiple characters who all have lives and emotions, drives and desires. But in telling such a large story (the game is over 25 hours long) the team slightly overstretched themselves. I won’t spoil it here, and thus can’t explain truly why, but there are consequences to actions that feel like they aren’t quite paid off. For the record, I completely understand why certain decisions were made, but after playing through an adventure that tested my resolve; my own will to push through the darkness, as the final credits rolled I just felt ever so slightly that the conclusion of the story was a bit of a cop out, and that maybe the team weren’t quite sure how to actually end the journey.

There are things here that will leave you stunned. You will put the controller down and wonder “can they do this in a game?”, and then when you’ve gotten over that, Naughty Dog will up the ante again, and again, and again. You will see things and go places that you never thought a game would go. It will bend you to its will and change your feelings as you play. You will feel anger, sadness, elation, fear, and everything a truly magnificent piece of art should elicit from you. Make no mistake, The Last of Us Part II is art, and despite my misgivings about its conclusion and that it maybe, just maybe, outstays its welcome, it’s still an absolute masterpiece.

A genuine work of art, The Last of Us Part II is Naughty Dog's best game, bravest story, and proof that games can put players through the emotional wringer. A compelling yet devastating masterpiece.