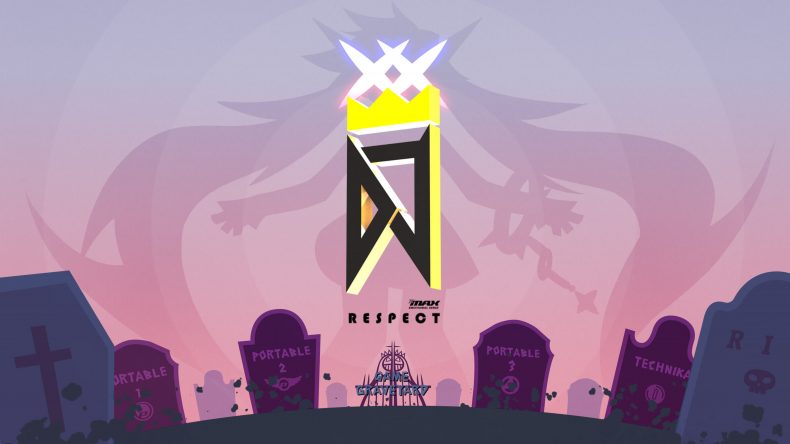 Over the last few years, the PS4 has become an amazing system for rhythm game fans. It still doesn’t hold a candle to the best platform for the genre (the Vita) but things are continuously getting better on the PS4 front. My favourite rhythm game, Superbeat Xonic made the jump to PS4, Xbox One, and Nintendo Switch over the last two years. I was always interested in the DJMax franchise ever since I got a Vita and despite owning a few through PSP classics and even DJMax Technika Tune, my first real attempt at the franchise has been through DJMax Respect which is a massive rhythm game for PS4 from NEOWIZ Corporation. This released in Asian regions with English subtitles a while ago but it finally released across Europe and North America on PSN in early March. My time with it has been a blast although it has one slight problem that might turn off newcomers to the genre.

DJMax Respect has songs from DJMax Portable and Portable 2 which already take the base game song total to over 100 and 40 new songs for DJMax Respect bringing the total number in the base game to just under 150 which is absolutely crazy value. Songs from other rhythm games are going to release as DLC packs. Respect is an absolute monster in terms of content and the actual game is meticulously designed with stunning visuals. Aside from the songs, rhythm games live or die depending on the gameplay and well this one plays unlike anything I’ve played before. Your aim is to obviously press the correct buttons when the notes fly down the screen but this is easier said than done initially. Most rhythm games in the past for me have been a lot easier to approach since many of the songs are quite simple on the lower difficulties. This one on the other hand has only a few songs that are simple enough to keep trying to get the hang of the controls. The four button mode is the basic mode and it takes a while to get used to. I can’t even imagine playing some of these songs in the 8 button mode. Most songs are impossible to play on lower difficulties unless you spend time playing around with the controls. I managed to find a custom control setup that worked well for me in the basic input mode and this allowed me to get a lot better and play many of the songs on the higher difficulty.

Game modes here include the usual fare of Arcade Mode that lets you pick 3 songs and play them in a single attempt, Freestyle that has you playing any unlocked songs, Mission Mode that has you trying to fulfil certain conditions in fixed songs, and an online mode. The freestyle mode even allows you to play against someone in local coop which is always a nice addition to a console game. On booting this up for the first time, I was pretty much blown away by the fantastic title screen. It has a ridiculously catchy song and slick visuals that probably rivals only Persona 5 for style. This extends throughout and the interface for menus and selecting songs here is by far the best I’ve seen in a rhythm game. Everything looks and feels amazing. Instead of notes flying across the screen with a video backdrop, you have a certain section of the screen with tracks for notes and the background can have its own artwork depending on the song.

Since this is my first proper DJMax game, all the songs are new to me and I love how the team has catered to every genre out there almost with this massive song selection. The animations and music videos for many songs are stunning as well and the only real complaint I have with the audio is how one aspect works when you play in local co-op against someone else on the same console. The audio feedback during songs other than that is great. The biggest flaw is how hard this will be for newcomers even on the basic four button mode. I feel like the developers should have added a simpler mode for a few songs so people get the hang of the controls and the game mechanics better. If you keep trying out different songs, things improve well enough and the game will just click for you after a certain point. This is when the real beauty of the gameplay is apparent.

In the last few weeks, there hasn’t been a single day where I booted up my PS4 to play something for review or even Fortnite where I didn’t spend time playing a few songs in DJMax Respect. This is a brilliant rhythm game experience and if you put in some time learning to get your bearings, this might end up being your favourite rhythm game. The music collection is amazing across all genres it covers and the DJMax franchise has truly come into its own on PS4. I can’t wait to play the DLC songs when they release.

DJMax Respect is getting very close to being my favourite rhythm game on PS4 with its eclectic song selection and fantastic design.