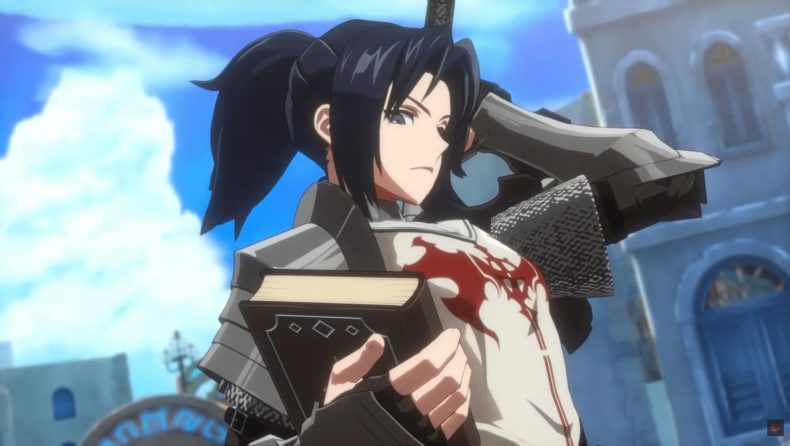 It only feels fair to state from the outset that fighting games aren’t my go to genre. Although I like the idea of fighting games, learning moves and combos just isn’t something I enjoy doing (or am any good at). There have been a couple of exceptions to this though. Street Fighter 4 was a pre drinking staple game at University, and I really enjoyed my time with Persona 4 Arena back in the day. This year I decided to dip my toe back into the genre with DNF Duel, and I’m so glad I did.

Based on the apparently very popular Dungeon and Fighter RPG, DNF Duel takes a load of classes from the game and pits them against each other in one-on-one combat. You can play with friends locally or online, as well as play through various story and arcade modes. Regardless of the mode you play you’ll be spending a lot of time in heated combat, punching, kicking and blocking your way to victory.

What makes DNF Duel a perfect fighting game for those of us who’ve avoided the genre is how much it’s able to simplify the standard fighting game inputs. There are no half circles or zigzags needed to shoot off a fireball, and you don’t need to try and work out why there are three buttons to punch and three buttons to kick. Basic attacks are assigned to Square and Triangle, but your more important offensive abilities have the other face buttons dedicated to them. 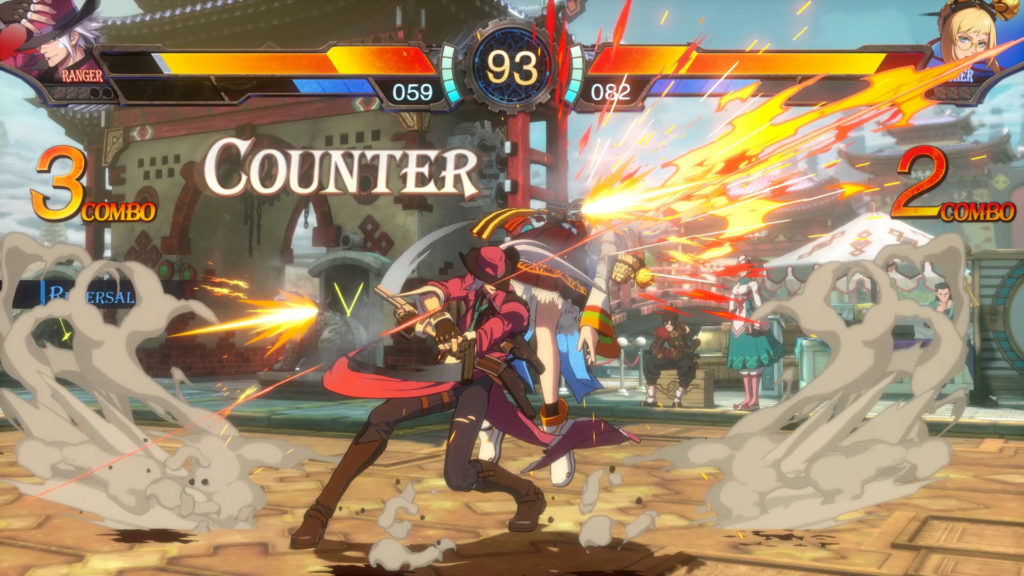 Your signature moves are used by pressing Circle and a variety of directions. Depending on who you’re playing as this might launch a huge sweeping strike or two, or fire a deadly projectile. Every signature move has a situation it’ll excel in, whether that’s chipping away at health from a distance or countering an aerial foe who’s coming in for the kill.

Your most powerful attacks though are your MP Skills. Assigned to the final remaining face button, these deadly attacks cost MP to use but are worth it for the sheer power they bring. As well as dealing more damage and having more range than most signature moves, they are also the only way to remove all the white damage that your opponent has taken by blocking your other attacks.

All of these move types and mechanics are explained beautifully in DNF Duel’s tutorial mode. This should probably be your first stop when you launch the game, as it will teach you all the basics from special attacks to how the health system works. For me the most useful part of this mode is when it asks you to try out the character specific moves, especially because every time you use one a little text box pops up to tell you about when it’s most effective. It really helped me understand how best to use each of the characters, and I always came back to it when trying out somebody new. 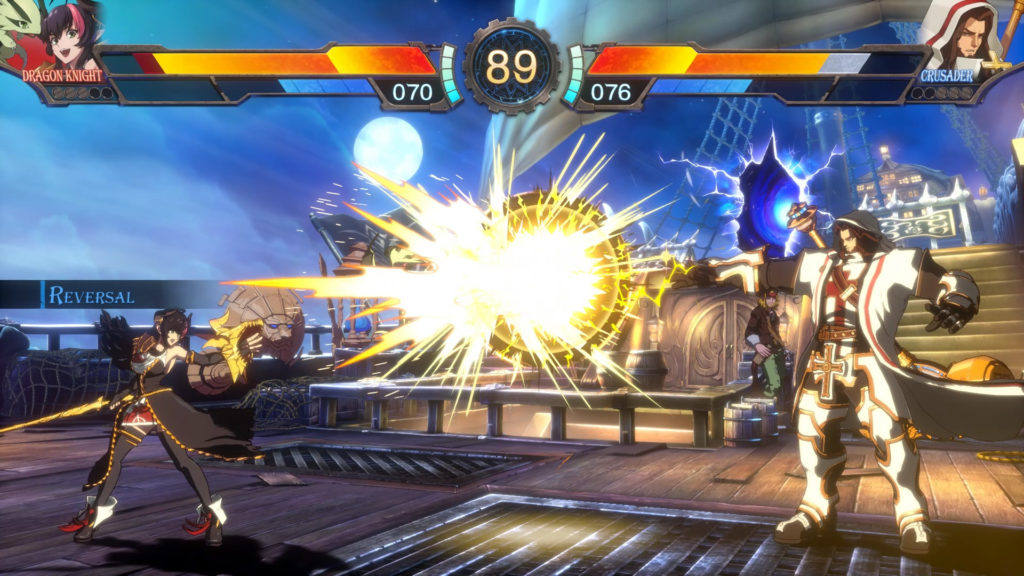 There are sixteen characters to choose from in DNF Duel (with one locked behind a playthrough of story mode) each with their own unique strengths and weaknesses. If you like to hang back and chip away with projectiles you’ll love Launcher and Ranger, whereas if you’d prefer to get up close and personal then Striker and Berserker are ready to get stuck in. There are speedy characters, characters with massive weapons and huge reach, and even some downright weird ones. My personal favourite is probably the Inquisitor, who throws bottles of fuel at opponents then burns them with a holy flame to deal damage over time. The sheer variety is fantastic, and because they’re named after typical RPG character classes it’s easy to figure out who does what.

There are a variety of offline modes to pick from when you’re starting out, some of which are better than others. The story mode has some of the easiest fights to beat, but the sheer amount of visual novel style story to read through made me forget which moves I was using between battles. Each character has their own story to work through which involves interdimensional travel and fighting the other characters to take their “will” and unlock portals. I assume if you know the backstory and locations from the source material it could be quite entertaining, but as an outsider looking in it was mainly baffling and a little boring.

Arcade mode is much more my speed and features 8 back-to-back fights that get increasingly tense as you progress, just like you’d get at the arcade. There are three difficulties to choose from here, and currently I’m just about able to scrape my way through the second with a lot of retries. There’s also an endurance mode if you’re a real fighting game whizz kid, which throws increasingly difficult opponents at you until you eventually (or in my case quite quickly) perish. 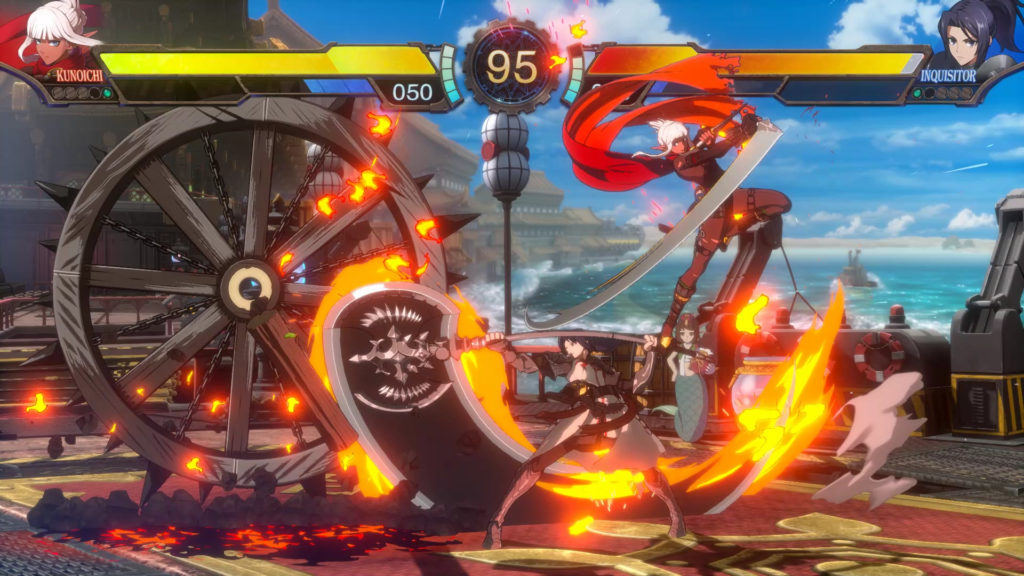 Once you feel ready, you can head over to the online modes and test your skills against real people. There’s casual mode and ranked mode, with the option for more experienced players to start higher up the ladder (which baby players like me would really appreciate you veterans do). After playing hours of fights online, I didn’t notice any lag whatsoever. It was an incredible experience, and my training seems to have paid off because I even won a few games.

No review of DNF Duel would be complete without talking about the visuals, which are absolutely sublime. The 2d animation is flawless, and the intro video that each character has actually look like high budget anime. I’ve been incredibly impressed by Arc System Works’ visuals for years now, but this was my first experience seeing them in action personally. DNF Duel is quite simply one of the best looking games I’ve ever played.

DNF Duel is an extremely welcoming fighting game that I’d recommend to genre veterans and newcomers alike. The battles are tense, the visuals are out of this world and the inputs and tutorials make it really easy to pick up and play. I never thought I’d truly get into this genre of video game, but DNF Duel managed to drag me into it and I couldn’t be happier.

Story mode is a bit slow and dull

DNF Duel is a fantastic fighting game for newcomers and veterans alike, and is absolutely gorgeous to boot.