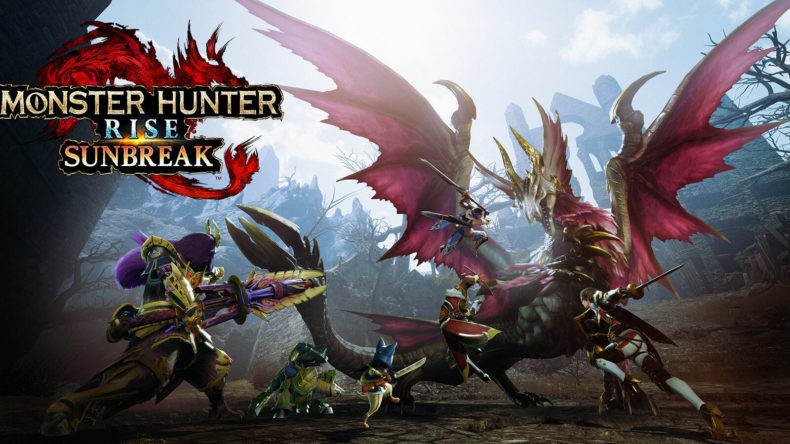 Despite the success of Monster Hunter World and its Iceborne expansion, I’ve always felt that Capcom simply weren’t prepared for Monster Hunter Rise to explode as it did. Although they initially supported it with a handful of title updates and, notably, the finale to the campaign, within just half a year new content was reduced to events for stickers, cosmetics, and emotes. No new monsters emerged for months, not even for the PC release in January this year. However, the time has now come to dive back in with the hotly anticipated Master Rank expansion, Monster Hunter Rise: Sunbreak.

Right away, I can tell you that the wait has been worth it. Although there are fewer new monsters in Sunbreak than we saw in Iceborne, the Master Rank versions of all 46 existing monsters have new armour sets to grind for, and new moves thrown in with their previous repertoire. But this is more than just a parade of new beasties to slay: Monster Hunter Rise: Sunbreak adds a host of quality of life features and new elements to both streamline and expand the experience at the same time. 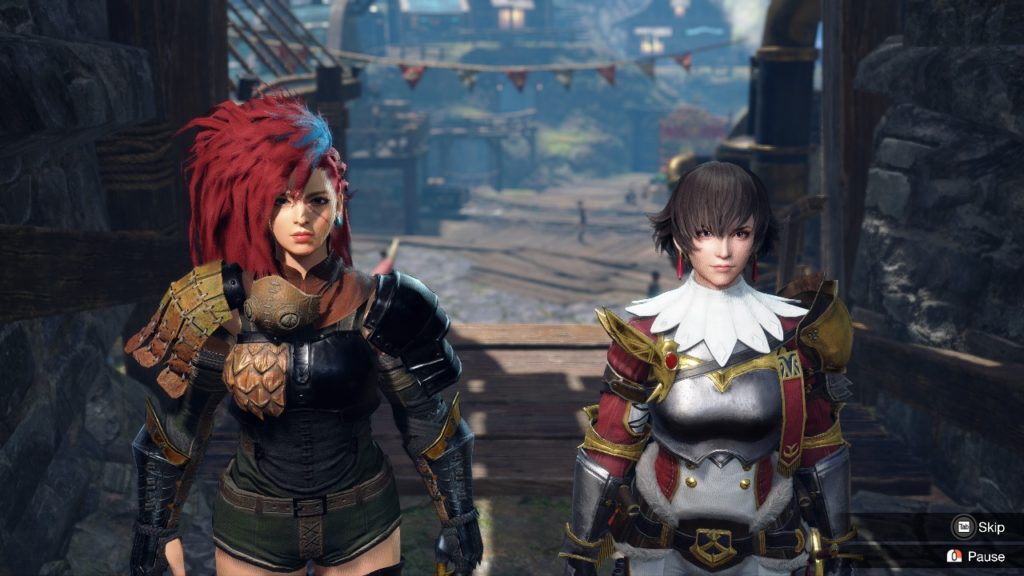 So what’s the story? Well, following the events of Rise, your Hunter is now widley known as the “Fierce Flame of Kamura” or simply “the Fierce”. When a new threat rises to menace the kingdom at large, you’re summoned to the settlement of Elgado to investigate rumours of a new monster and save the land once more. Dame Fiorayne, a Knight of the Royal Guard and sister to the trader Rondine, is your main guide, but a clutch of new characters join the fray, too. Quite literally, this time round.

One of Monster Hunter Rise: Sunbreak’s coolest new features are Follower Collaboration Quests. Many of the main NPCs, including characters from Rise, will approach you and ask to help them with a hunt. They’ll then accompany you as support NPCs, fighting alongside you. Each one is fully voiced, given personality and, crucially, a weapon to main. They’ll use traps, flash bombs, healing items; they’ll even disappear now and then to lasso a monster and bring it into the fight for some extra damage. And thankfully, their faints don’t affect your victory conditions. 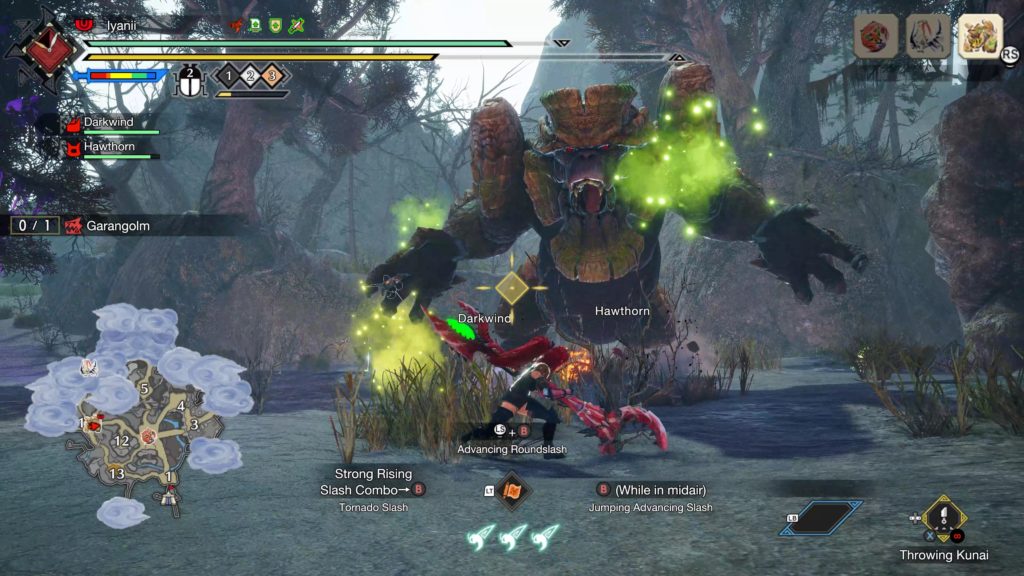 Each has a questline that sees you tackling larger and more dangerous monsters, and you’ll be rewarded with designs for armour sets and rare weapons. Once you’ve done enough hunts, many of these characters will become available for Support Surveys. These are hunts that allow you to bring two NPCs, each with a selection of weapons that you get to choose from. Regardless of which two you take, they have unique dialogue to suit any pairing, and even after more than 60 hours I’m not bored of hearing them chat or bicker.

Sunbreak takes you to several new locations. As in the main game, these have secret sub-camps you can unlock for fast travel, hidden relics to locate and rare endemic life to track down. Your Meowcenaries can also set up “Buddy Recon” points, special fast travel locations that you can use once per hunt or expedition.

The new areas feel large and fully developed, too. The Jungle has dense undergrowth, crumbled shrines, and long stretches of beach infested with giant crabs and other small monsters. The Citadel is a much more vertical map, but is huge, climbing up from a river valley to a snowy plateau, with a once-mighty tumbledown fortress as a focal point. 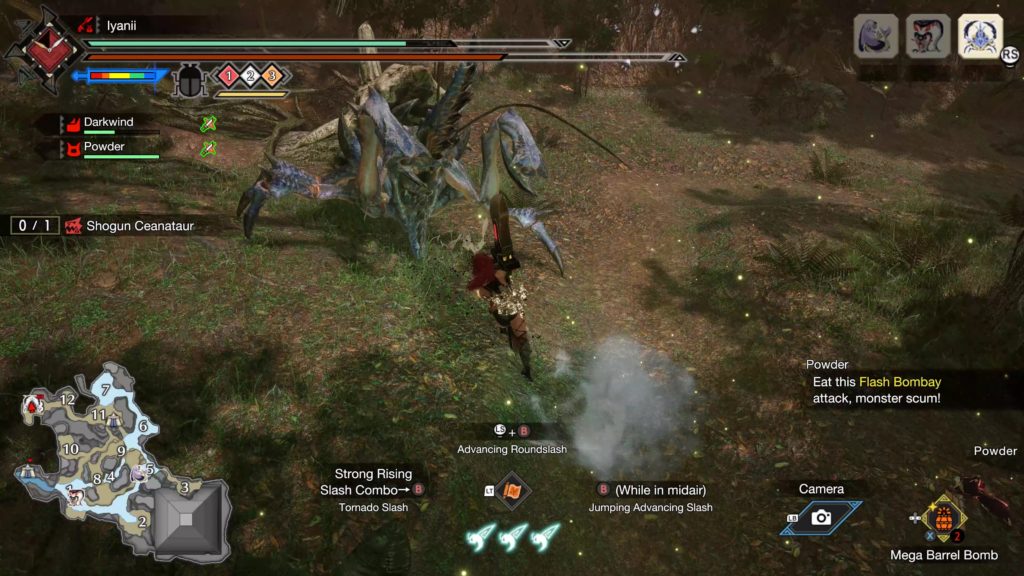 It would be easy to simply say that Sunbreak is more Monster Hunter Rise and be done with it, but there are tiny evolutions to so many elements that it would be unfair. There are new Switch skills for each weapon, and you can now set up Switch Skill loadouts that you can swap between during hunts without returning to camp. This means you can create situational movesets to allow for more tactical play. You have a red scroll and a blue scroll, and you can switch between them at will. A handy readout at the bottom now tells you exactly which skills you have active at any given time, whether your weapon is drawn or you’re mid-combo.

You can initiate wall-runs from the ground without needing to use a wirebug, and new endemic creatures grant your wires different properties during hunts. Red wirebugs increase the damage done to and by any monster you mount, while gold wirebugs make mounting easier and last longer.

A handful of new armour skills allow you to diversify your builds even more, adding buffs and effects that make Monster Hunter Rise: Sunbreak feel even more like an RPG. For example, the Bladescale Hone skill rewards perfect evades when your weapon is drawn by restoring sharpness with the next few hits. And new Rampage Decorations can restore health on hit, or buff you based on certain actions. I don’t want to spoil too many details, but the potential for build diversity and min-maxing is arguably better here than it was in Iceborne. 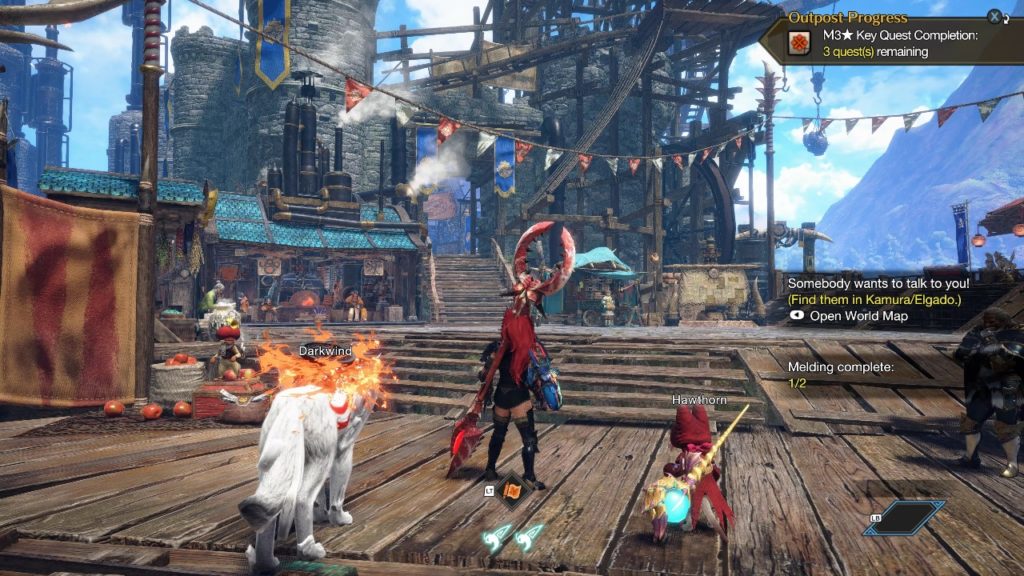 But what of the monsters themselves? Some we’ve seen. Most, in fact, have been revealed by Capcom already, but there are a few surprises in there and a particular campaign boss that evokes memories of Safi’Jiiva from Monster Hunter World. Of the ones already revealed, Seregios and Garangolm are possibly my favourite. The former is so relentlessly aggressive that the fight rarely loses tension, while the latter has a powerful moveset that feels different to anything else in Rise.

It’s fair to say that the new monsters are almost all great. There are a few I really don’t like fighting, but as with any Monster Hunter game, some of these will be favourites for other people. That’s the best part: there’s now such a huge combined roster, there’s always something you’ll want to grind for or simply hunt for fun. But be aware going in: this is a Master Rank expansion, and as with Iceborne or G-Rank expansions in previous games, the difficulty ramps up considerably. Monsters can one-hit-kill you if your gear isn’t up to scratch, and often have mountains of HP to carve through. That said, bar two or three of the hunts where I was able to paly alongside another reviewer, I solo’d the entire campaign and a good portion of the extras thanks to a lot of grinding for new sets. 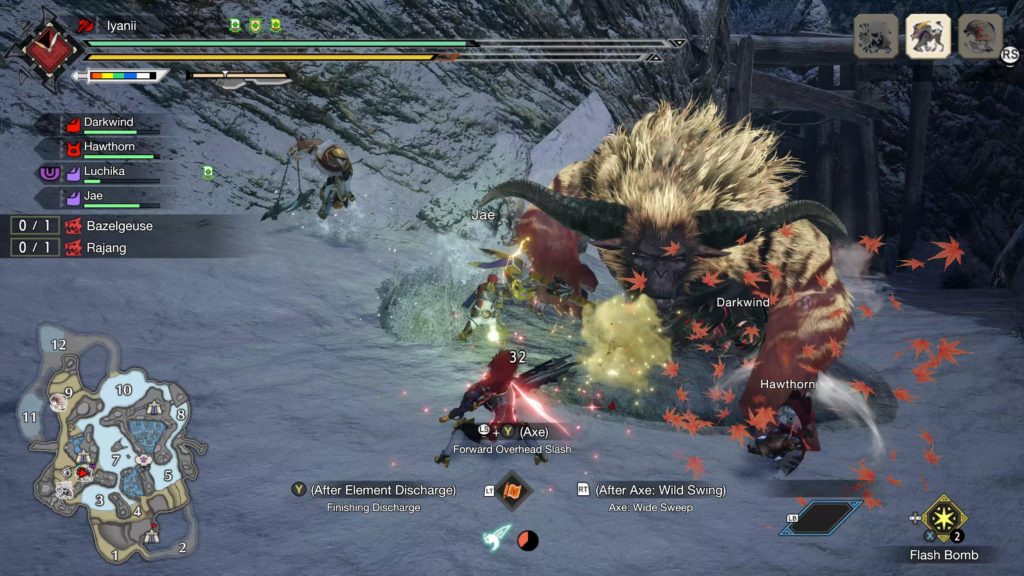 There is a new endgame activity, though I won’t spoil details other than to say it’s very different from the Rampage. It brings with it new challenges, higher difficulty and, of course, greater rewards, but it’s better that you experience it for yourself. Whether or not it staves off the fatigue many felt with Rampage after a while remains to be seen. Capcom are still yet to improve on the Guiding Lands system from Iceborne, which is arguably one of the series’ strongest endgame grinds.

If you’re a fan already, then it’s fair to call the Sunbreak expansion essential. It adds so much to the framework of Monster Hunter Rise in terms of not only new content but also quality of life that it’s not only essential but also worth every penny of the asking price. The story might follow the by-now-standard Monster Hunter template, but that doesn’t matter. The new characters, locations and hunts combine with dozens of smaller improvements to create a pinnacle experience that could add hundreds of hours to your playtime.

At the time of writing I’ve only played on PC, and the enhanced load times, frame rate and visuals make Monster Hunter Rise: Sunbreak an absolute joy to blast through. Not to mention, there’s also a host of graphical options to tweak and, yes, it’s compatible with Steamdeck. Of course, the PC version also allows for mic chat, which is a better way to experience multiplayer. As before, you can also apply filters to your hunts if you wish, such as Sepia and old school black and white.

New monsters, skills, weapons, armour, and tactical options breathe new life into the old grind. Whether you’re hunting solo or with friends, or tagging in NPC support to grind for those rare drops, it revitalises the already superb experience and ups the challenge for veterans hankering after a true test of their mettle. I cannot recommend it enough.

Whether you're hunting solo or with friends, Monster Hunter Rise: Sunbreak is an absolute joy to blast through.