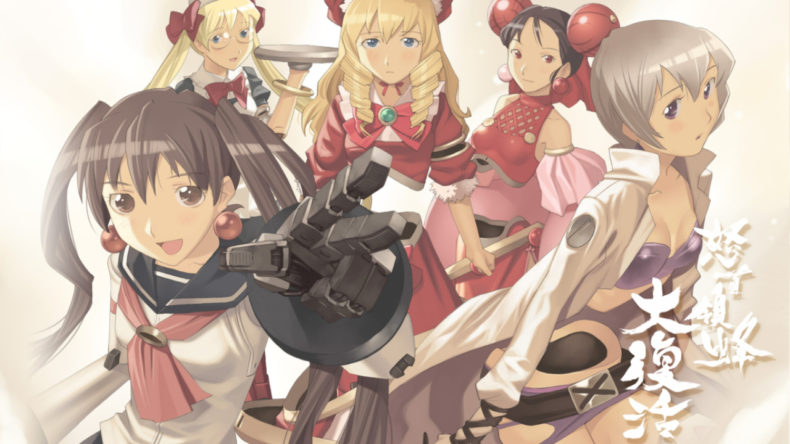 In a curious twist of fate, with LiveWire’s excellent DoDonPachi Resurrection port, I find myself reviewing a game I first got to critique almost exactly 10 years ago. Back then, the likes of Rising Star Games gave Xbox 360 owners plenty of reasons to feel cheerful, as it quietly became the console of choice for quirky Japanese shmups. Nowadays, with its versatility and arcade friendly sensibilities, the Switch has taken that mantle.

What you get here is a splendid port of the original arcade game from 2008, as well as just about every future tweak, revision and re-release, which was available previously as DLC on other platforms. It also has those all-important screen orientation modes. You can play this one in handheld mode with the screen flipped to mimic a TATE arcade monitor. There’s a plethora of ways to control it and view the action on or off the big screen. 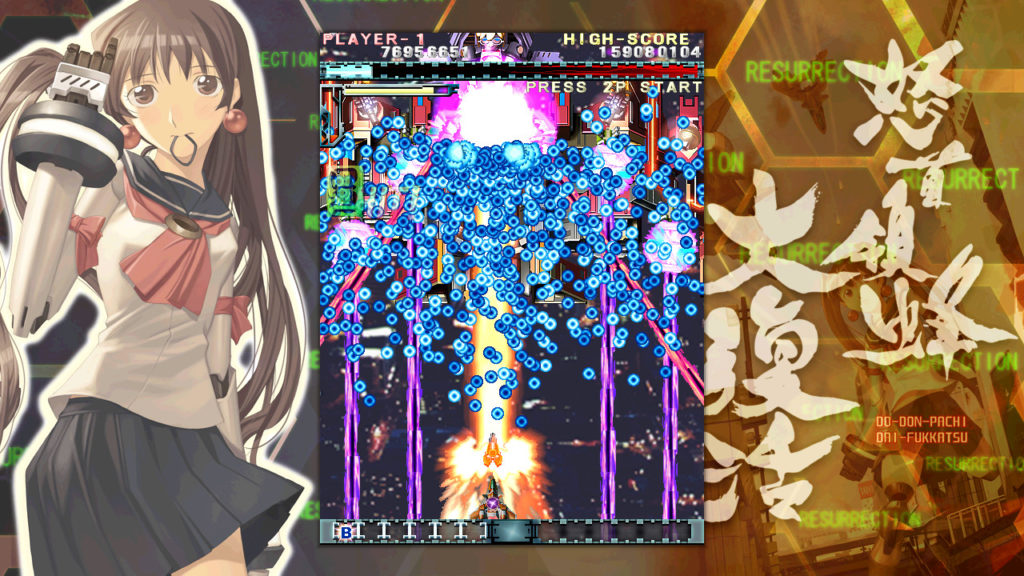 For the uninitiated, danmaku-style shooters involve the standard shmup trope of completing levels of increasing difficulty, culminating in a boss battle in each. But unlike something more traditional like Raiden or Tatsujin, bullet hell games involve negotiating swirling patterns of ordnance in an exercise in memorising routes, employing your various abilities and smart attacks at the right time, and protecting not your entire spacecraft, but its vulnerable core.

As tough as they are, even in the “Novice” mode included here, CAVE’s games can ostensibly be completed in a short space of time – but mastering them is another matter. The real enjoyment comes from improving your scores, and achieving that all-important one-credit accolade that most mere mortals can only achieve vicariously by watching people on YouTube. You get what you put in though. Practice does improve your abilities, and it becomes extremely rewarding and almost zen-like when you find the sweet spot.

DoDonPachi lets you choose from three distinct characters that all excel at different disciplines: the almost vanilla red craft that fixes its cannons in a straight, vertical path and has the highest speed; the green which has a wider spread attack, and the blue which moves at a slower pace but has the most firepower at its disposal. You also get to choose your special ability from three options – a traditional smart “Bomb”, “Power” which allows you to fill a gauge and then employ a cannon that can annul certain enemy attack types, and finally “Strong” which does exactly what it says on the tin, maximising your destructive capabilities. 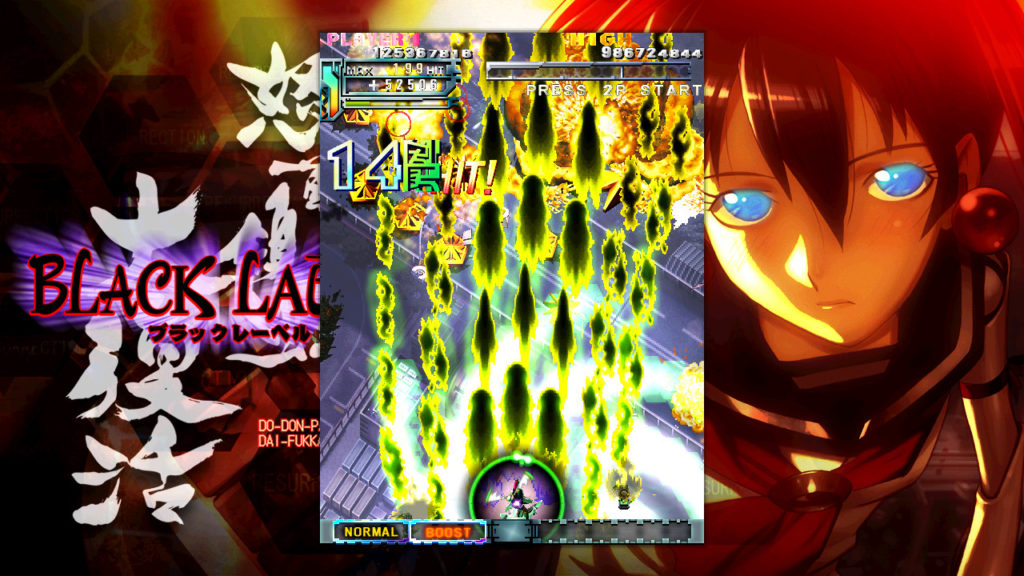 There are more different modes and customisation options in DoDonPachi Resurrection than you can shake a stick at. Eight different variations of the original game are present and correct, including the Black Label Arrange varieties which even bring in crossover characters from Cave’s similarly excellent Ketsui.

As an aside, if you ever get the chance, then the boss-rush style Nintendo DS version of that one is an absolute treat and well worth seeking out. The different DoDonPachi games have tweaks to the soundtracks, different stages and bosses, and LiveWire even stays 100% faithful to the arcade counterpart in the case of 1.51 which keeps the inherent slowdown present in the PCB.

This is a faithful, comprehensive and visually very impressive package, that does a fine job of bringing a much-loved arcade game of yore to fans new and old, on a console that would appear its perfect destination. Along with the similarly brilliant Deathsmiles, Mushihimesama and Espgaluda II, this is an essential purchase for bullet hell shooter fans packing Nintendo’s current hardware.

Deathsmiles On Xbox 360 Is Coming To Europe!