previous
InnerSpace Review
random
next
Batman: The Enemy Within – A Telltale Series – Episode Four: What Ails You Review
1 like 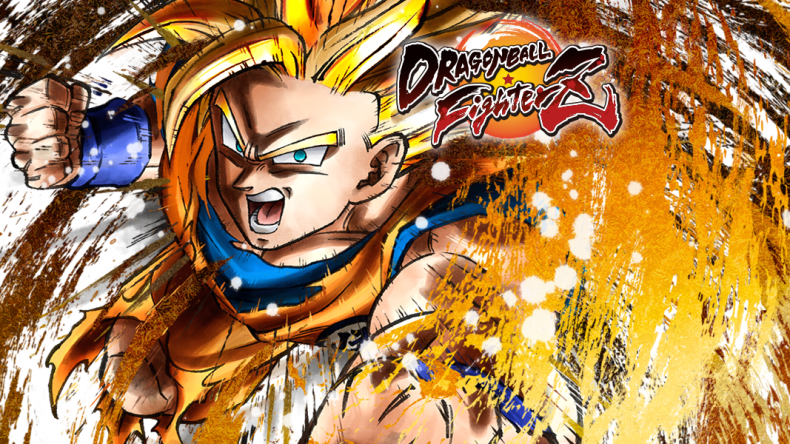 It’s been well over ten years since I cared about Dragon Ball Z. My wife and I used to sit and watch the anime together, invested in Goku and Vegeta, wondering how many more episodes they could possibly get out of the Cell era, then again with the Buu era. I’ve passed over on multiple fighting games with the name attached, frightened of playing them in case they somehow re-addict me, or something absurd.

But like everyone else, when FighterZ was announced (stupid name and all), I was back in. My word, this is a striking game. It’s not surprising, of course, given the pedigree of developer Arc System Works. The Guilty Gear games are tremendous, as are BlazBlue, but despite popularity among the hardcore fighting scene, the games have a reputation of being, well, difficult to understand and master. Thankfully, FighterZ is accessible to all, and plays fantastically well for it. For starters, while a concession to the newer player is often made in the form of auto-combos (mash a button; do something cool), FighterZ takes this to new levels, allowing for auto-combos on light, medium, and heavy attacks. This is great because it allows newcomers to feel badass right from the start, and given the art style and general nature of Dragon Ball Z (explosions, anime, screaming, fighting) this means you’re met with an immediate gratification, and not made to feel like an idiot for not practicing fighting games for the last 30 years.

Likewise, there seems plenty here for the hardcore audience with plenty of combos to master, the ability to charge energy (Ki), vanish, dash, summon Shenron (if you collect all 7 dragon balls you get a choice that reminds me of the Injustice face-off system), and of course there’s the fact it’s a tag game, too. The worry is that Bandai Namco needs to be incredibly on top of matchmaking if the game is to survive long-term for all player types. One concern is that there’s not quite enough hand-holding to take people from the casual to the hardcore, meaning those who fall somewhere in between are a little stuck between stations. Don’t get me wrong, there’s an excellent tutorial here, including the ability to show you how a combo works instead of telling you just do it. The issue is that while people like myself will understand by watching a combo replay where the button pushes need to come, the newcomer might need it broken down a little more to explain when, how, and why. I’m perhaps labouring the point here because I adore FighterZ, but if newcomers come up against the hardcore repeatedly, they’ll stop playing. This is all conjecture, I suppose, and doesn’t change how brilliant it feels to play, spectate, or learn.

It’s a combo-heavy game, one that rewards you for finding the weakness in your enemy and then putting them to the sword. I mentioned vanish earlier, which is a superb tool to get back in close against an enemy who has decided to spam you with ranged attacks. You’re wide open when you use the super dash, too, which adds to the feeling this is a game for the aggressive player. All the worries you might have of watching it, thinking you won’t be able to execute on the things you’ve seen will be cast away once you start playing and learning, because it is an exquisite fighting game.

There are a decent amount of characters to choose from (though I would argue not enough given there have been more in previous DBZ fighting games), and each have unique cutscenes depending on fighter combinations. On that note, the story mode is fun and interesting but also long and grindy, offering a move-based board that lets you level up fighters, collect power-ups, and generally experiment, before moving the story on with a boss fight. I won’t get into DBZ lore here, but the gist of this story is that Goku’s body has been inhabited by another spirit (you), and from there you’ll rescue and join up with your pals to fight against the same evils who are somehow alive again, along with loads of clones that are causing problems, too. The three arcs add up to a lengthy overall campaign that help you learn the mechanics and, in theory, get good at them.

FighterZ is hugely successful in making almost anyone feel like a fighting game expert. It’s hard to find too much to fault with Arc’s DBZ game, and most of the concerns I have are regarding the fact it’s either too deep, or too simple. You might find you get exactly what you want from it, but I worry there’s not enough for the mid-level player here. Only time will tell, but otherwise this is yet another stellar Arc fighter, and one of the best uses of the DBZ license in some time. Dragon Ball FighterZ is fantastic, and it might finally be the accessible Arc game that shows people there is more to fighting games than Street Fighter, Tekken, and Mortal Kombat. An essential purchase for fans of Dragon Ball Z, and one that fighting game fans will be making look incredible for a while to come. Hopefully this is the Arc fighting game for everyone.

An exquisite feeling fighter that is both approachable and deep. Time will tell if it has staying power, but it's the best use of the Dragon Ball Z name in quite some time.