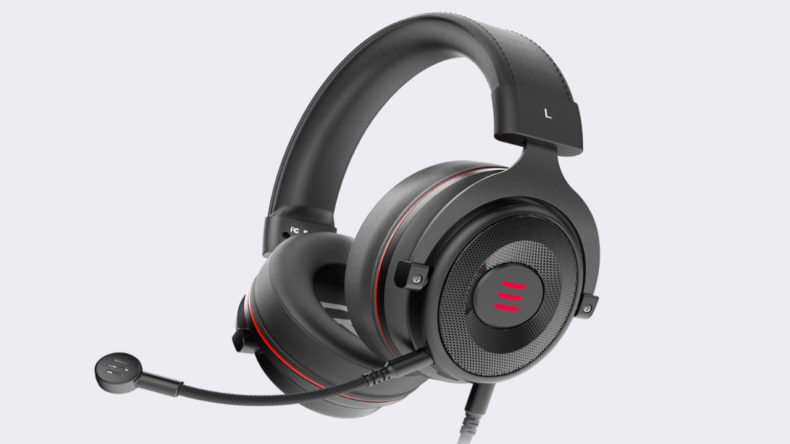 Even before I consider the performance or build quality of a new headset, my primary concern is almost always comfort. It’s not that I have an irregular shaped head or anything (at least, I think), or that my ears are particularly jug-like; it’s more that I tend to either game or work on the PC for long sessions, and even the best headsets can become uncomfortable or overheated after a while.

Comfort, then, is what has made me stick with the EKSA E900 Pro 7.1 Virtual Surround Sound Gaming Headset, even going so far as to replace my Logitech G Pro X for the time being. They sit so nicely on my head that I forget I’m wearing them. The cups are incredibly soft, the padding covered by a shiny leatherette finish, in keeping with the dark aesthetic.

They’re red and black and pretty nice to look at. The LED display on each cup that signifies you have the USB connected as opposed to the 3.5mm jack is a stark red, which is a little grim and aggressive for my liking, but then you can’t see it when you’re wearing them, and RGB is kind of wasted on headsets unless you’re streaming in them. 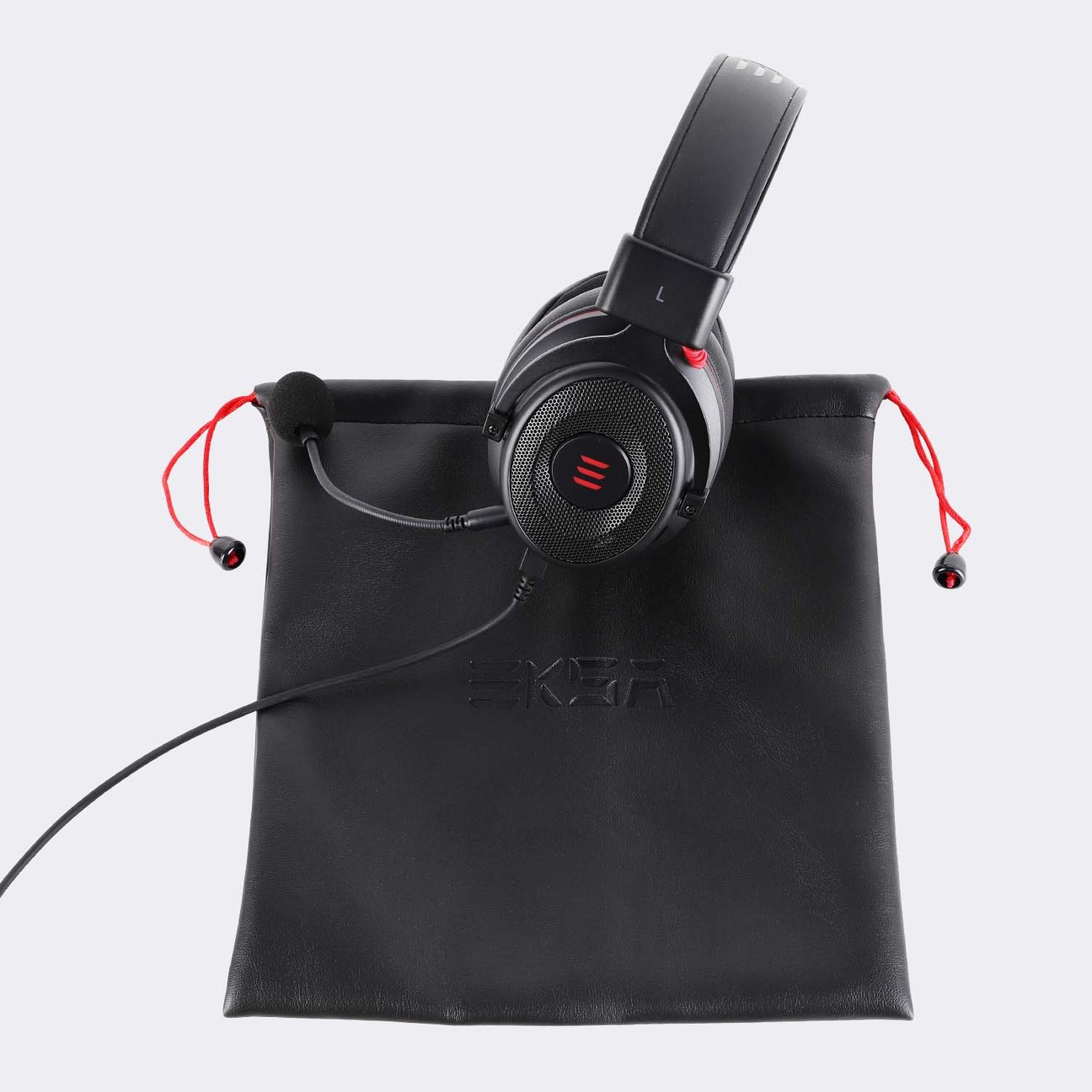 It’s fair to say you’re probably getting more out of the E900 Pro if you’re using it with a PC. I had no trouble using the jack with the PS4, Switch, Xbox One, even my phone – but the 7.1 Surround Sound element is really designed with PC in mind. The cups sport 50mm drivers, and games, music and media sound good on every platform I tested, but you’ll certainly get better performance on a PC. I also tested the mic over the Fortnite servers and I had no complaints. It’s helpfully detachable, so if you’re not playing socially, or you’re just listening to music, it won’t get in the way.

The left cup has a handy volume adjuster for when you’ve only got a hand free for a second, but they really don’t get overly loud. For most gamers, they’re loud enough, but I found that when playing in a busy house they still didn’t drown out all the noise – though that’s probably for the best.

If I was forced to choose between this headset and the Logitech G Pro X, I’d probably go with the latter but it’d be a close-run thing. Of course, if you’re a streamer who likes their gear to light up and dazzle, these are probably the better choice. Either way, the EKSA 900 Pro is a very nice headset that won’t break the bank, but will hold up for long sessions in the chair.