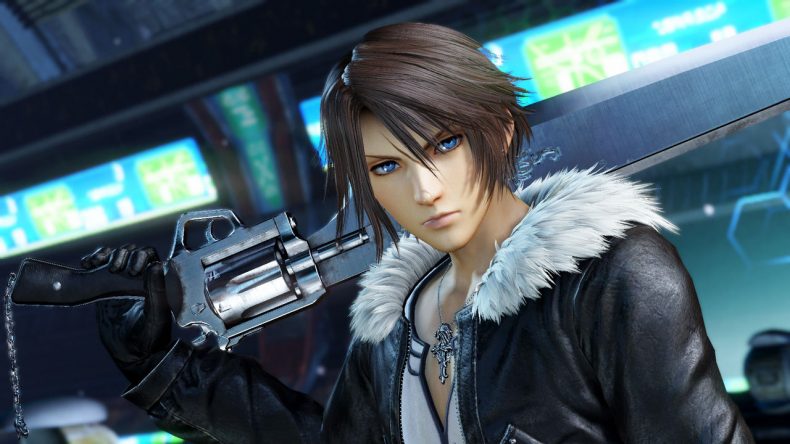 Switch Re:port covers the Nintendo Switch port/version of a game newly released on the platform. Final Fantasy VIII Remastered currently has 81 on Metacritic, and is also available on PS4, Xbox One, and PC.

In terms of content, Final Fantasy VIII Remastered offers nothing over the original. This is the same story with a fresh coat of paint in many areas and the opposite in some areas. Character models and enemy models look great in the remaster but environments are blurry. Even the PS1 environments in the original had more detail albeit at a lower resolution than what we have here. I’ve played both the Nintendo Switch version and the Xbox One version (played on Xbox One X) of Final Fantasy VIII Remastered and you aren’t missing anything by playing on Switch barring achievements. In a lot of ways, the Switch’s smaller screen hides some of the visual issues which might help in the long run. Movement is restricted to eight directions which is another problem considering the PS1 original had full analogue movement support. Another step back from the original release is that menus are a lot less responsive here.

In terms of gameplay enhancements and boosters, this version offers boosts by pressing into the analogue sticks. These include triple speed, no random encounters, and combat boosts. Sadly, Square Enix decided to allow for all items, maxxed out HP, and more boosters only on PC. Neither of the three consoles has these options. Square Enix usually does this for late ports but I don’t understand why a simultaneous release still has exclusive features in a remaster. There is no touchscreen use as expected of most Square Enix ports on the system. Thankfully, it does support video recording and has a nice icon that lines up well with Final Fantasy VII that you probably already own on Switch.

Overall, I’m glad this release exists because Final Fantasy VIII is something a friend of mine has been trying to get me to play for years and despite owning it on PSN and even on Steam through the original release, the Switch version is what made me put time into it. The big issues with this release are the blurred environments, sluggish menus, and the PC exclusive features not being on other systems. In a lot of ways, this doesn’t live up to the Remastered part of its name considering Final Fantasy VII and Final Fantasy IX on current systems offer more in terms of visual enhancements. If you have no access to the PS1 original through legacy PlayStation hardware, this is your only way to play this PS1 classic. It took Square Enix a long time (understandably so) to bring Final Fantasy VIII back, but given its historic status it deserved a lot better.