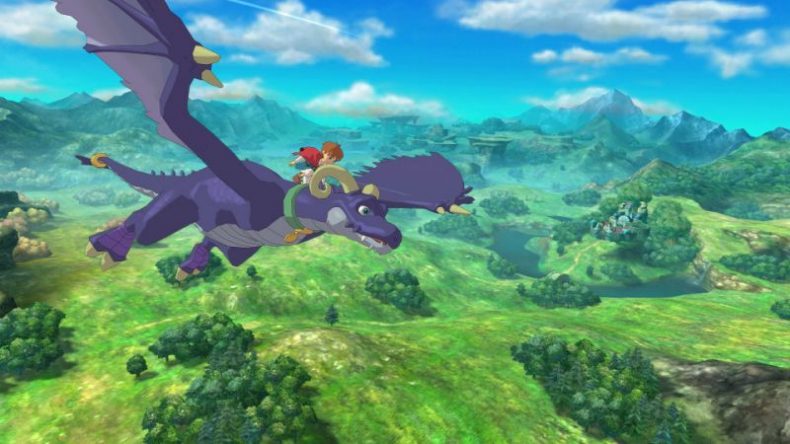 Switch Re:port covers the Nintendo Switch port/version of a game newly released on the platform. Originally released in 2013 and scored 10/10 on PS3. The remastered edition came out in September 2019 and scored 9/10.

It’s a testament to the original game that Ni No Kuni being remastered was a surprise to me. While the publisher has made it very clear this Switch version is not a remaster, but a port of the original game, you honestly wouldn’t know it. Blown up on a big screen, sure, the Switch release shows its age a bit with a slightly blurry resolution, but in your hands you wouldn’t think it even needed a remaster. A reminder, however: this is a straight port, not a remaster – there’s no new features here. The visuals look great in handheld, especially on the new Switch Lite screen, but some of the mechanics have aged ever so slightly. Modern JRPGs often let you save anywhere now, and that’s true when on the world map in Ni No Kuni, but when in main levels or towns, you need to find a save point. It makes sense for the world, and isn’t a problem on a console you can just suspend and come back to.

Curiously, this Switch edition seems to be a battery drain. Even skipping cut-scenes (don’t do this: each is like a mini-Studio Ghibli movie) to get to the meat of the game, it’s easy to fall back in love with Mr Drippy and Oliver. The familiar system still seems complicated but isn’t, the story is still beautiful and moving – in part thanks to how good it all looks, and it’s still a huge, deep RPG that will take you 40+ hours to get through. Honestly, with time being against us all, if you’ve never played Ni No Kuni, the Switch port seems an ideal place to start, especially with the Lite model encouraging handheld play more than ever.

Whilst Ni No Kuni: Wrath of the White Witch is a port and not a remaster, it still looks amazing on Switch, and if you've got the time, it's a fantastic RPG well worth your time.