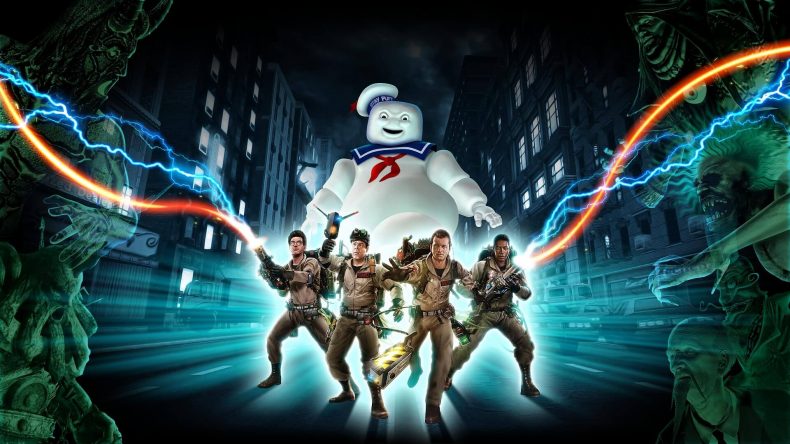 I often like playing games that are remastered, even if I didn’t play much of, or even any of the original. I find it interesting to see how game play mechanics have progressed, or evolved from these early games, as well as appreciating some of the artistry required to update the game for a modern audience. For me, a remaster shouldn’t only be about tapping into the nostalgia cues of the original audience, it should also be an opportunity to introduce a new audience to a classic. With this in mind, I do find it very odd to be playing a game like Ghostbusters ten years after its initial release and itself released a full twenty years after the last film.

You see, having recently re-watched Ghostbusters with my teenage son I have come to the crushing conclusion that those movies are very much “of their time”. What was once a beloved film has now, upon re-watching with my jaded adult eyes and accompanied by a son who has no cultural references at all for the themes contained, become something that I struggle to see the appeal of. Sure, it is great to see the cast do their thing, and seeing them busting ghosts still gives me a warm feeling, but a lot of the humour and actions kind of fall flat. As brilliant as Bill Murray is, Venkman is a real slimeball and I was uncomfortable watching him. As movie franchise tie-ins go, Ghostbusters: The Video Game is probably one of the best examples out there. It is as near to Ghostbusters 3 as fans of the series got, and part of its quality is down to the original cast lending their voice talents to the characters, as well as some script massaging from Ackroyd and Ramis to bring the tone more in line with their movies. And it is largely successful. This is about as authentically “Ghostbusters” as you are likely to get in digital form, and it contains tonnes of fan service throughout with familiar locations, a battle with the Stay Puft Marshmallow Man and lots of easter eggs within the firehouse that is the Ghostbuster’s HQ. In truth, there are some limitations to the combat and a distinct lack of any kind of objective marker or guide often leaves you at points wondering what to do next, but it does stand up to the test of time.

You play the part of a rookie who is forced to learn rapidly on the job over the course of the Thanksgiving weekend due to a spike in paranormal activity. You are a mute protagonist which I wouldn’t normally make a point out of, but it does stands out a fair bit considering the amount of dialogue your ghost-busting crew actually gets. Dead Space came out approximately six months before Ghostbusters: The Video Game, and they both share something in common with regards to your HUD – the information of which is displayed in the dials and lights of the proton pack on your back. It’s a neat feature and is used effectively throughout the game. In producing this remaster it seems that Saber Interactive made the decision to leave the mechanical elements of the game untouched, and as such a lot of it does feel dated. The destructible physics, which must have seemed high-tech back in the day, also feel dated and have the additional affect of regularly obstructing your progress and limiting your movement, which is a problem in crowded areas where you are required to tackle a lot of ghosts. Furthermore, your AI companions are some of the worst team mates I’ve had the misfortune to play with, regularly becoming incapacitated and requiring revival. In boss fights this quickly becomes tedious, with my fight in the library more a battle of attrition  than an epic battle with a powerful spectre, requiring me to run around picking my team up one-by-one, occasionally shooting the boss, and praying that I myself would not go down as that would mean a wipe and a restart.

Saber has paid attention to the lighting and general presentation though, which definitely sports a cleaner look from the Xbox 360 and PS3 versions. Particular attention seems to have been paid to the detail on your proton pack, but sadly not as much attention to the faces of these beloved characters with some wonky animation and poor lip-synching.

I feel that Ghostbusters: The Video Game Remastered will get a soft ride by a lot of people, in part because the nostalgia hooks are so potent. I don’t really have an issue with the remaster existing at all because ultimately the game itself is pretty good fun. The feeling of trapping ghosts and getting to hang out for a little while with these characters is immensely appealing. I am, however, a little disappointed that there hasn’t been a great deal of “remastering” done on the title. Some lighting work to improve the overall look is welcome, but I’d have perhaps hoped for something a little more meaningful to justify its existence other than “the Ghostbusters were cool huh?”

No gameplay improvements at all

Ghostbusters: The Video Game Remastered gets some visual improvements, but not much else. Strong nostalgia hooks will delight fans, but won't bring in any new audience.

Podcast 503: Bayonetta 3, The Devil in Me, Resident Evil Village DLC

Ghostbusters: The Video Game Remastered gets a launch date