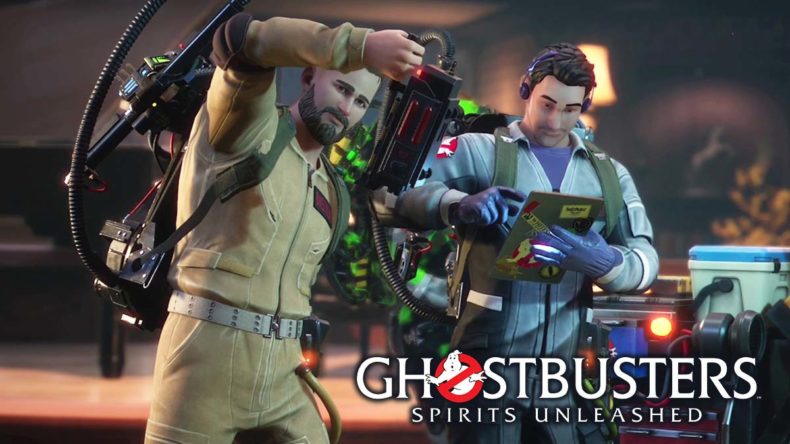 Despite releasing six years before I was born, the 1984 classic Ghostbusters was a film that absolutely delighted me growing up. With the perfect blend of family fun and child friendly spooks, the franchise is one of those 80s favourites that I can’t imagine ever going away. The series hasn’t quite found the same success in video games that it did on the silver screen though. Outside of Ghostbusters: The Video Game in 2009, those four beloved hunters of the undead appeared pretty much exclusively in almost unplayable retro games that aren’t worth tracking down. Thankfully Ghostbusters: Spirits Unleashed is now available with some asymmetrical multiplayer bustin that will make you feel good.

After watching a brief cutscene accompanied by the Ray Parker Jr classic theme, you’re brought into the firehouse as a new member of the Ghostbusters. Once you’ve made a delightful custom character ready to join in the busting, you’re taught how to take down a spectral foe with a brief tutorial and sent off on your first mission.

Each match of Ghostbusters: Spirits Unleashed features four Ghostbusters trying to purge the single ghost player from a location before they fully haunt it. To bust that pesky spectre you’ll need to destroy its three rifts that are binding it to this world and finally trap it in a good old fashioned ghost trap. With the ghost trying to cause enough chaos to win the match and scare you out of the building though, it won’t be easy. 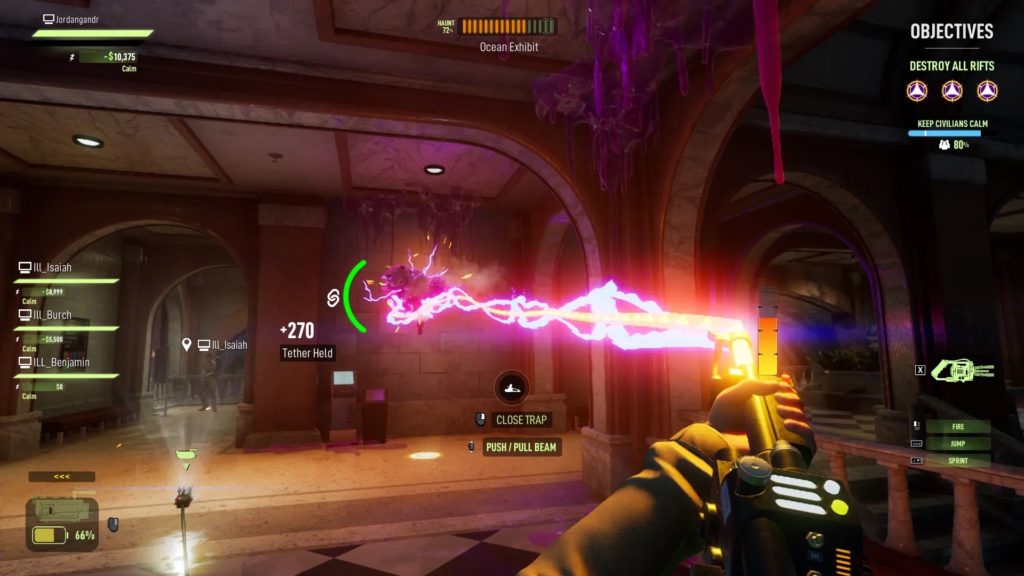 You have a range of familiar gadgets at your disposal to help find, catch and defeat your spooky foe. The PKE meter can point you in the right direction of a nearby ghost or rift, and also sends out a stunning pulse for when you find them. You’re also equipped with a traditional Proton Pack and Particle Thrower to blast at the spooks, and after enough time in your beam you’ll latch onto them ready to guide them into the swirling traps. Wrangling a ghost is a bit like playing a Luigi’s Mansion game, but without the help of your teammates there’s not much chance you’ll bag another one for the containment unit.

Although I mostly enjoyed the human side of Ghostbusters: Spirits Unleashed, I was born to be an undead ghoulie. There are a few ways you can complete your objective and make the building fully haunted in a match. By making individual items float around you’ll slowly up the haunting percentage (with a bonus for fully haunting individual rooms) and you can also scare civilians out of the building to build up the chaos. It’s a lot of fun causing mischief around the map, especially with your special ghost powers.

Each class of ghost you unlock has a set of three unique abilities to help you in your mission. Some of these will help if you got spotted like unleashing a load of smaller ghosts to get in the way while you disappear, some are more aggressive ways to protect your rifts like bombing the busters with slime. These abilities have hefty cooldowns so should only be used in an emergency, and you’ll need enough ghostly power to unleash them.

Your spooky meter drains when you do almost anything as a ghost (even sprinting) and to get it back you’ll need to possess a random object and hide. The prop hunt style gameplay isn’t particularly unique at this point, but it’s still a ton of fun to disguise yourself as a bin and sneak around right under the human’s stupid noses.

Outside of the multiplayer matches, there are plenty of hooks to keep you playing. Levelling up unlocks all sorts of new gadgets to experiment with, from grappling hooks to grenades that slow escaping ghosts. There’s also equipment you’ll unlock too, that gives passive buffs to your buster. You can opt to have your PKE meter better at finding ghosts than rifts, or improve the cooldown of your particle thrower if it suits your play style.

With ghost classes and cosmetics to unlock, you’ll want to level up as fast as possible. Thankfully there’s a plethora of side objectives to accomplish, as well as fungus to collect scattered around every map. I sometimes felt a bit guilty slacking off and abandoning my team to gather collectables, but never quite enough to stop doing it. 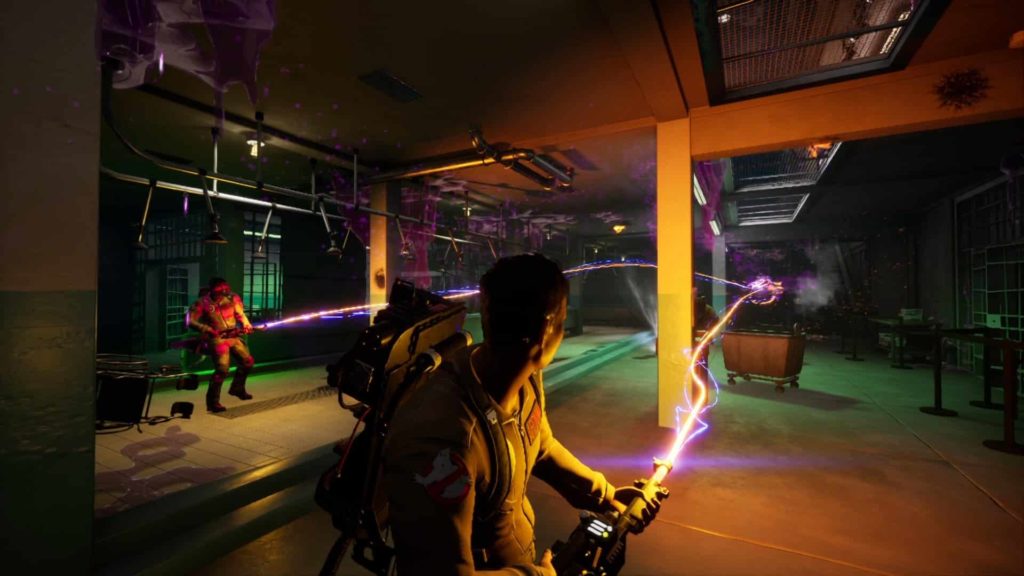 Every five levels you progress in Ghostbusters: Spirits Unleashed you’ll unlock a new story cutscene. For fans of the franchise these will be a real highlight, especially with some of the original cast lending their voices for the video game. They do sometimes go on a bit long though, with a few in particular in the ghost world draining my spirit a little.

I had a lot of fun with Ghostbusters: Spirits Unleashed, but especially when playing as the Ghostbusters I think the fiddly gameplay really detracts from the experience. I also had quite a few matches where the ghost found a place on the map behind some scenery where we couldn’t catch it, which obviously rendered those matches pointless and was particularly frustrating.

Ghostbusters: Spirits Unleashed is an interesting multiplayer game, but an inconsistent one. I was never sure if I was having a good time when playing as the Ghostbusters, and since only one player can be the ghost that’s most of the time. Fans of the series will likely get a kick out of the familiar characters and references, but ultimately there are better asymmetric multiplayer experiences out there.

Ghostbusters: Spirits Unleashed has some great ideas for the asymmetric multiplayer genre, but the sides aren’t equally fun to play.