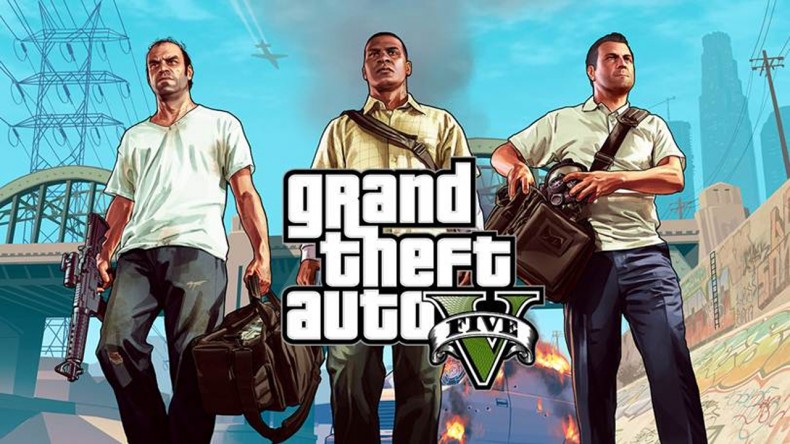 “In many ways, Grand Theft Auto V is a culmination of the current generation; it’s a summation of everything we’ve seen in the last eight years, a love letter, if you like, to the 360 and the PS3.”

I wrote those words in the closing paragraph of my original GTA V review just over a year ago, and I meant every one of them: Rockstar’s last outing on the previous generation was an exceptional, larger-than-life crime caper that still managed to recreate a living, breathing world better than Watch_Dogs did eight months later on new hardware. Rockstar know what they’re doing, and they should, because in almost every way counts, this is their genre.

But in moving their blockbuster onto next gen consoles, Rockstar created a new challenge for themselves: how do you take a game that already earned its share of perfect scores and make it better? How do you make it definitive? For most, this is achieved by a higher resolution, faster framerate and, if you’re lucky, a bundle of DLC. Rockstar have done this and could have stopped there, but they’ve also gone a step or five further. The first time it really stood out to me was when I found myself back in the shoes of hoodlum-with-a-heart Franklin Clinton. Stepping into a litter-strewn alleyway alongside wannabe gansta, Lamar, I was startled by a stray cat that leapt into my path before shooting into the road where it was promptly squashed, causing a mini pile-up in the process. I immediately restarted to see if it was a scripted way for Rockstar to show off the increases in wildlife, traffic, and dynamic events, yet to my delight it was simply a classic GTA random occurrence. That simple happenstance certified one thing for me: this may look like the San Andreas I tore up last September, but it is not the same beast. Not quite.

“Denser” is a word Rockstar used in their pre-release marketing quite a lot, but it’s no buzzword. The PS4 version contains every ambient detail that the PS3 version did, only there’s more here, all packed tighter within a smoother, cleaner framework. Stepping out of that alleyway in the wake of the unfortunate moggy, I drank in San Andreas afresh, and found it just that little bit sweeter. I saw birds in the sky, more stray cats in the alleys; a group of cyclists trundled by at a sedate pace and I caught myself idly wondering if they were friends, before I reminded myself that what I was looking at wasn’t real. Don’t get me wrong, next gen GTA V is not photoreal, or even any more truly alive than the next game, but the illusion is a powerful and enduring one.

Suffice to say, it’s utterly stunning. Astounding in places. The new and improved weather effects hit me with a rainstorm one dark night and as I drove down the street on my way to nowhere in particular I marvelled, actually marvelled, at the store and streetlights glinting through the blanket of rain. I remember being left breathless during my last visit on the 360, but the power of GTA V on next-generation consoles is a force to be reckoned with. For the eleven people who didn’t play the original release, Grand Theft Auto V is the story of Michael De Santa, a retired bank robber who spent ten years in witness relocation in the opulent personality vacuum that is Vinewood (GTA’s more decadent and superficial version of Hollywood). After fate brings him into contact with ambitious repo-man Franklin, both men find their world rocked by the re-appearance of Trevor, Michael’s pyschotic, amoral former partner and ex-best friend. You control all three protagonists as they struggle to take control of their lives against vapid families, crime syndicates, corrupt law enforcement and, well, being assholes. It’s not the greatest plot, and it requires some excessive suspension of disbelief, but the writing is pin-sharp and it’s never anything other than utterly entertaining.

The incredible open world is a playground of opportunistic mayhem, while the story missions are many and varied, crowned by the multi-stage heist missions that you plan and carry out with a variety of options. In between things, you’ll deal with Strangers and Freaks, side-quests similar to those found in Red Dead Redemption, go visit bars and strip clubs, play golf or tennis, or invest in the stock market and buy real estate. San Andreas is enormous, and it’s rammed with things to do. The next-gen version includes a handful of new activities to take part in, one of the best being wildlife photography. Not just a way to show off all the new beasties in the game, but also a game in its own right, the photography can take up hours of your time as you creep around the wilderness trying to capture the perfect shot and not get eaten by anything.

Other additions include a smattering of weapons and vehicles that you may or may not spot as new, but the improved blimp is certainly good fun. You can order it right from the start, and taking it for a cruise at night with the city sparkling and sizzling below you is a sight to behold. Once again, Rockstar know exactly what they’re doing. While I couldn’t fully test how the online mode works pre-release (we’ll bring you something on that after launch), Rockstar have confirmed that the number of players in the world will increase to thirty, and all the free DLC will be available from the off. You can also transfer your online progress into the new version from the old. Perhaps the crowning achievement here is the new first-person mode, not only because Rockstar were mad enough to add it at all, but because it works so well you’ll forget it was absent before. Hitting the touchpad on PS4 transports you into your protagonist’s head, but it’s much more than just a viewpoint shift. Rockstar didn’t just whack a gun barrel in the middle of the screen, instead they went to lengths to recalibrate the aiming and the collision sensors, added animations for reloading, opening doors and climbing fences. The auto aim is a little too forgiving in this mode, but you can turn it off in the settings, and you can adjust the cover behaviour so it switches to third person when you press up against a wall like in Deus Ex: Human Revolution.

Driving at speed can be a terrifying exercise in first person, but leave the mode active for half an hour and you’ll forget it’s something that’s been added – like every new addition, it’s seamless to the point that you’ll have a hard time listing what’s new and what was there before. It’s not all as obvious as railguns, killer whales and a brand new perspective.

What is obvious is the graphical boost. What was undoubtedly one of the most beautiful games of last gen looks even better now, but the busier streets, more detailed textures and improved weather effects push the engine until the framerate suffers, stuttering at times during the faster chases. It’s not a major issue, and it’s compensated for somewhat by reduced loading times and a stunning level of detail. It’s fair to say that one of the best games of the last gen has been made even better. Rockstar have located whatever empty space they could find and stuffed it with more content, while tweaking the existing mechanics and polishing the visuals to an impressive level of realism, itself offset by the madcap bombast that the franchise embodies.

Anyone concerned that this was just another money-spinning “definitive edition” can rest easy. As ever, Rockstar don’t do things by halves, and Grand Theft Auto V on PS4 feels truly next-gen. It’s not just a remake, it’s a testament to the quality of the original that GTA V can effortlessly stand among the best titles so far available on the new consoles and, in many cases, surpass them. It can’t be easy to make the re-release of a year-old game feel essential, but Rockstar have done exactly that.

FPS mode is excellent.
It's so beautiful it will melt your eyes.
Feels like it was meant to be next-gen.

This enhanced edition of Grand Theft Auto V seems determined to make you forget it was ever last gen - and it will probably succeed, too.