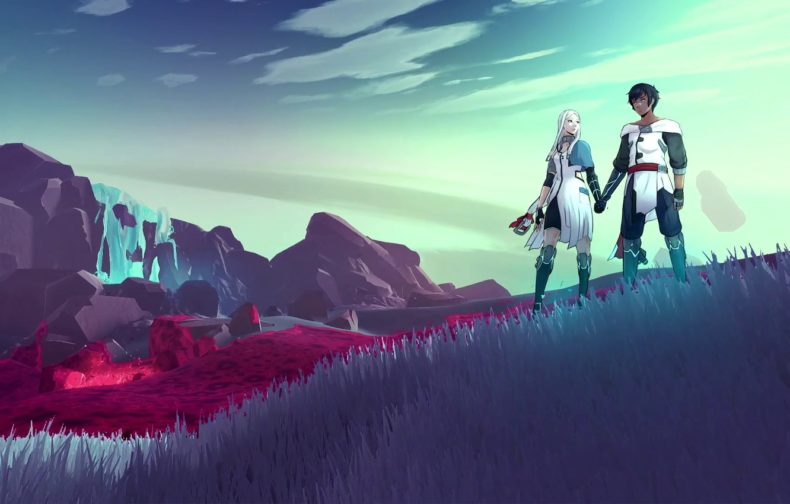 Relationships are never perfect, no matter how much your mate Kelly keeps posting selfies of her and her partner kissing each other on Facebook, or what new status update Mark and Jessica post repeating the same loving sentiments twenty times a day. Being in love is hard, and knowing how to handle situations as a couple only helps to build the bond you share. Farting in front of each other, calling the other one a twat, or refusing to do the dishes because the football is on are all pieces of the overall jigsaw of love. Haven manages to encapsulate the fragility and honesty of closeness whilst celebrating the special moments any situation can spring on you.

You play as Kay and Yu, two lovers who have travelled across the stars, finally settling on the planet Source to start a new life together. Whilst it all seems pretty nice to begin with, their ship becomes damaged thanks to an earthquake and their galivanting is soon disrupted by the discovery of something called Rust. What’s important about Haven is how Yu and Kay’s dynamic is represented. They argue, make up, get annoyed with each other, but ultimately love each other very much, and would willingly die if it meant the other one survived. 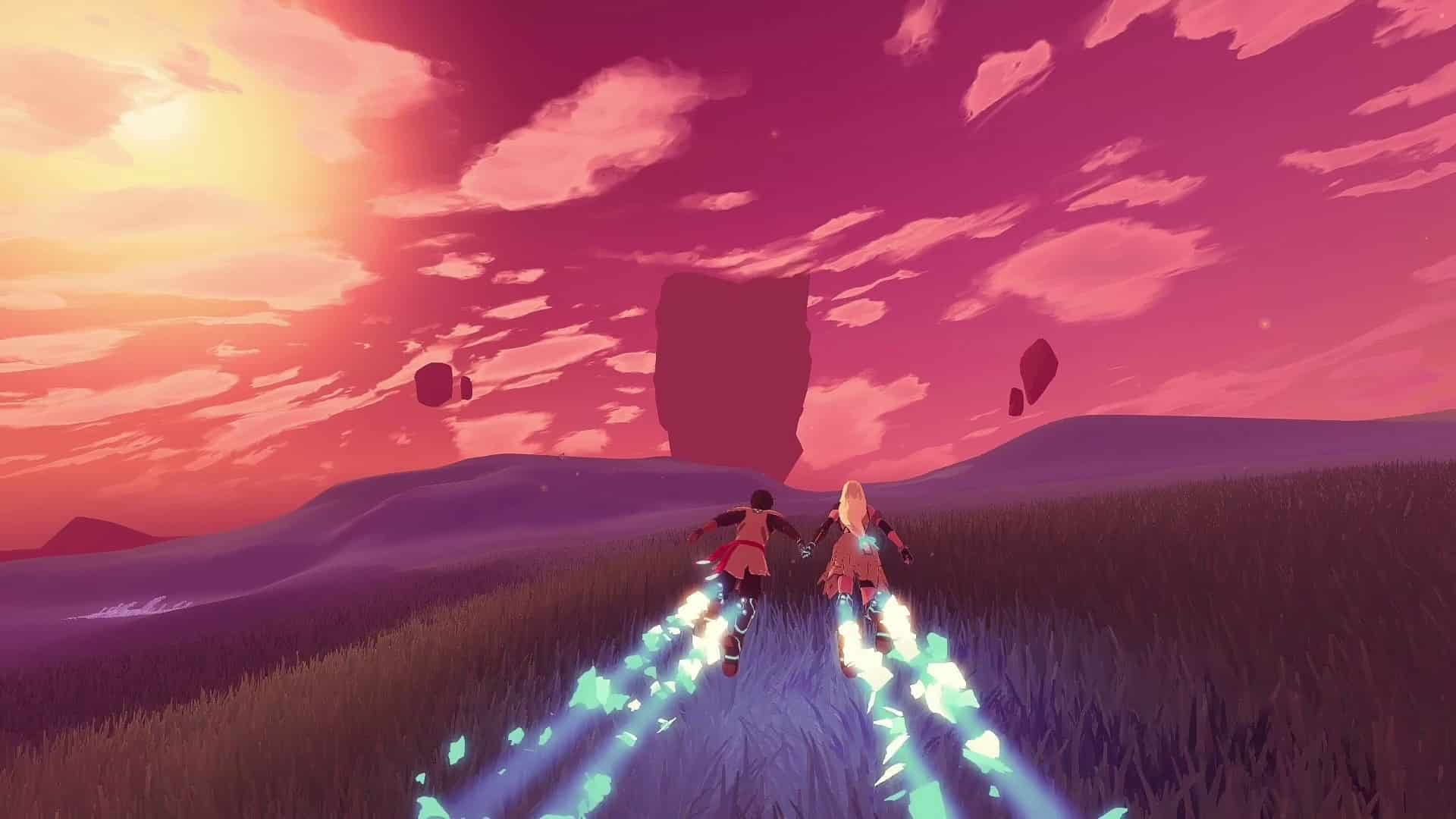 Their relationship plays a key role in every aspect of Haven. You can switch between both characters at any point. Dialogue choices will pop in visual novel-style cutscenes, and by saying the right thing, your bond will grow. You might not always want to appease the other, but sometimes it’s necessary, much like in real life. The game can be played in couch co-op, which means that these decisions are more impactful if you’re playing with your partner.

Travelling around Source is a pleasant and chilled experience, if a little bland at times. In order to glide through the grass with your anti-gravity boots, you need to move through Flow Threads. By doing so you power up your boots and let yourself continue to travel speedily. Sometimes the Flow Threads take you to a new resource or lost treasure, so it’s always important to make these a focus of your game. Elsewhere, you need to clear Rust – large areas of a red substance – in order to repair your broken ship and progress to the next area. 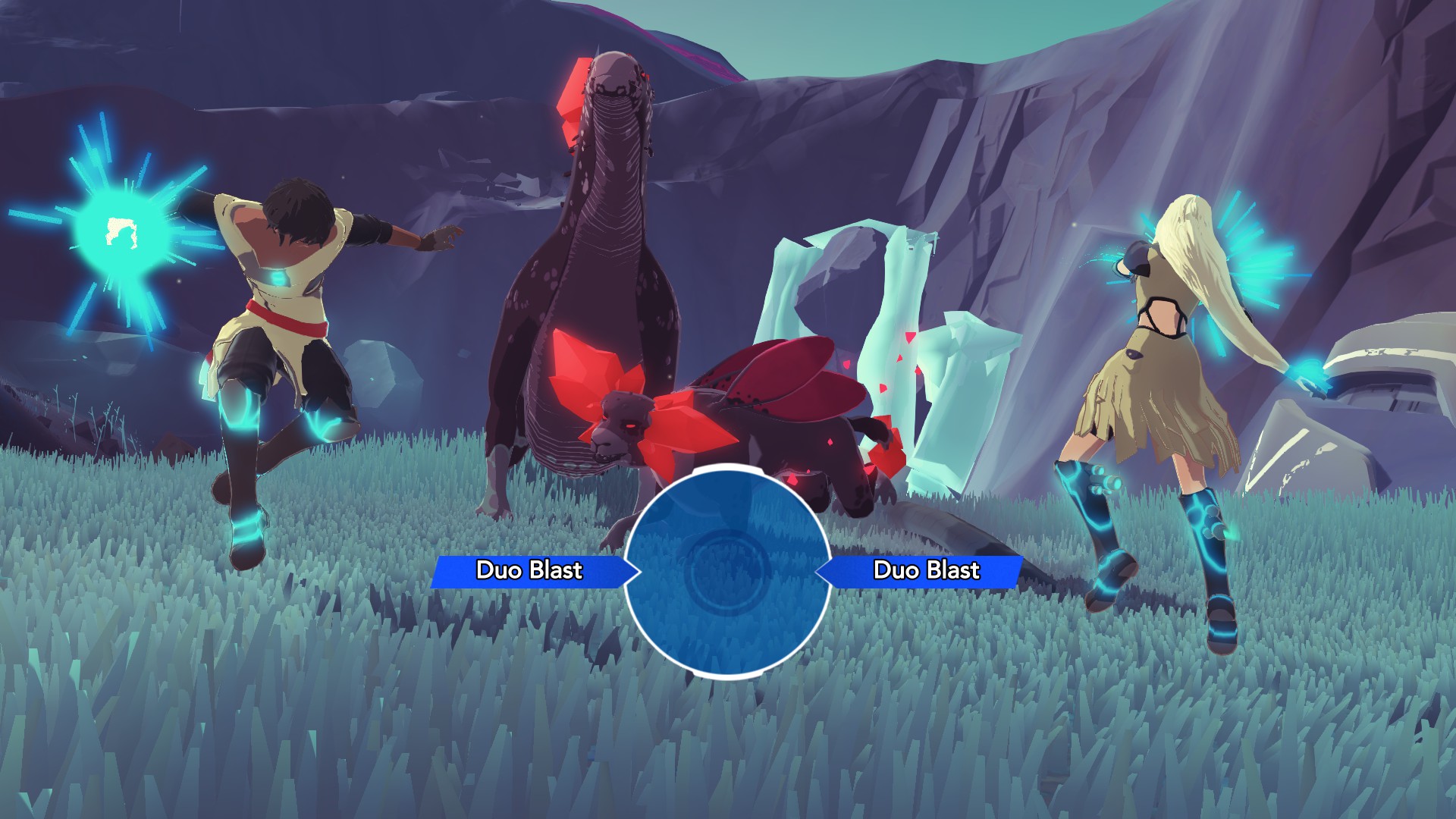 Once you’ve collected all the Rust from one area, a bridge will open up to another. You’ll likely find ingredients for meals you can cook back at the Nest (the name of your ship), items that tell you more of the story of the planet, and the colourful creatures that inhabit Source. Combat plays a part in Haven as you take part in turn-based battles. Some creatures are covered in Rust, and whilst you don’t kill them, you need to remove the Rust and turn them back to normal.

These battles aren’t particularly challenging, but they do extend the relationship between Yu and Kay to making decisions about how to tackle an enemy. You can attack with melee and ranged moves, weaken your enemies or shield yourself, and find a way to defeat your foe together. Sometimes enemies can only be defeated by attacking at the same time. Kay’s moves are mapped to the D-pad, and Yu’s to the buttons on the right of the controller, meaning it feels more like you’re doing everything as a couple. 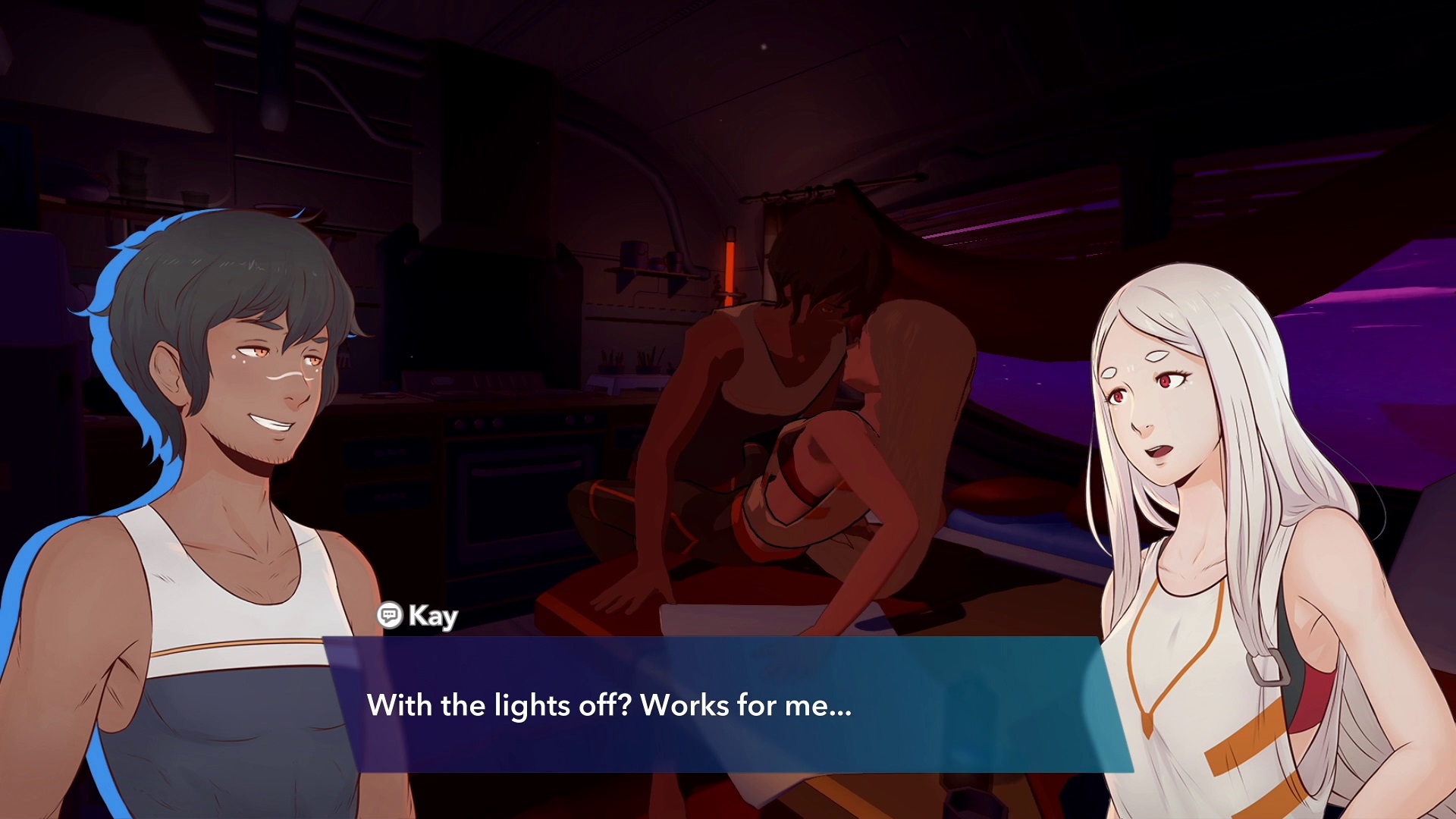 Moments in the Nest allow reflection and time to relax from a day of exploring and fighting. The way Yu and Kay react to each other feels relatable, especially if you’re playing in co-op. You can craft and cook, and every interaction the couple has helps to level you up. If you cook something the other one likes, it will boost your relationship and help you to acquire XP. The game is built around how you both interact, whether that’s back in your spaceship, playfully challenging each other whilst exploring, or battling the rust-infused animals you have to fight.

Playing Haven with someone else feels like the natural way to approach it, but you’ll still enjoy it if you’re playing on your own. It can be a tough game to grind through, especially when scouring different areas that often look the same, but the relationship between Yu and Kay is very relatable. Movement is satisfying, and the combat is simple enough to enjoy. The Game Bakers has managed to build an interesting narrative throughout, and the couple’s own story is just as important and engaging.

Our Score
8.0
SCORE OUT OF TEN
8.0
You may also like
HavenThe Game Bakers