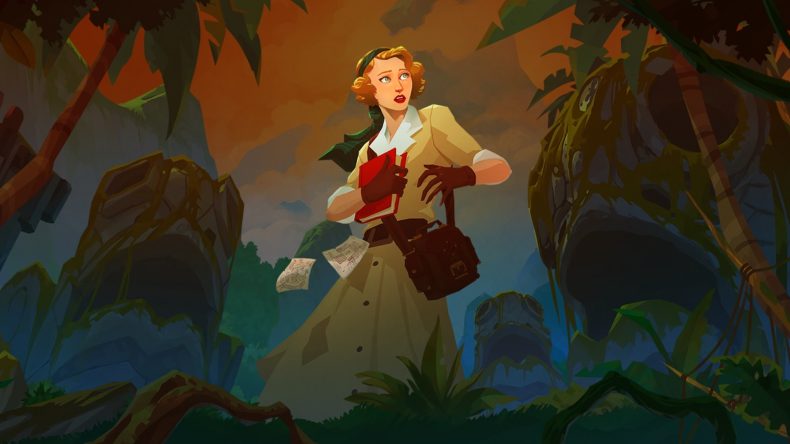 There were times whilst playing Call of the Sea where I struggled to solve some of the labyrinthine puzzles. Many were executed superbly, but other times I got lost in the elaborate webs they wove. The way Out of the Blue has built these overarching enigmas is quite incredible, especially as you have to solve smaller ones before the big pay off, but there were times when I had to guess what I had to do. It meant that I couldn’t be entirely satisfied with my accomplishments, and on a personal level I felt that I’d let myself down. Was it my lack of intellect, or are these puzzles far too complex?

Call of the Sea tells the tale of Norah Everheart and her quest to find her husband’s expedition on an unknown island in the middle of the South Pacific during the 1930s. From the moment you arrive, you’re already well aware that something’s not quite right with Norah. She has mysterious spots on her arms, and it becomes clear that your partner Harry is trying his best to find a cure. At first, the island looks stunning: a golden beach surrounded by lush palm trees and nature at its finest; however, the more you journey through the island, the darker things become. It’s very much a walking sim set in the first-person. There’s little to do outside exploring puzzles, but don’t let that put you off. 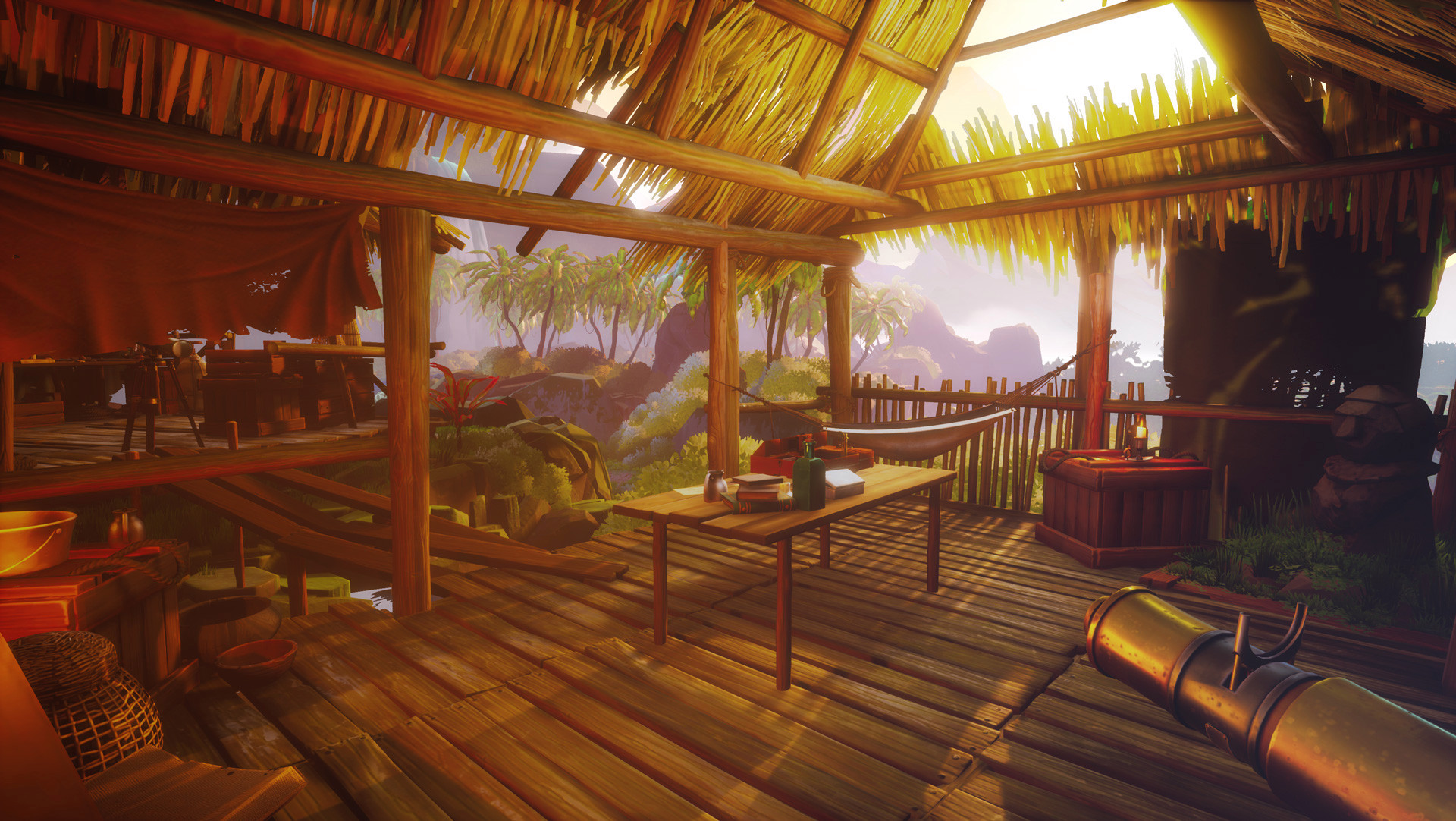 Huge machetes and crashed ships, black ooze and eerie whispers. Diary entries and audio logs detail the goings-on of Harry’s expedition, and you start to realise that something horrific has happened. It’s all told very well. There’s plenty to read, and various items can be viewed with Norah providing a brief narration of what it is you’re holding. At times her stereotypical British accent starts to grate, mainly because of the vernacular she uses. Cissy Jones (Delilah in Firewatch and Olga in Half-Life: Alyx) does a fantastic job of pulling you in, especially when things start to go terribly wrong. You’re invested in her story, intrigued by her afflictions and her fears.

Throughout your adventure, you have access to your journal. When you find something relating to a puzzle, Norah will sketch something down or write a note or two. She’ll also write a diary entry that details certain photos or structures you find along your way. In every chapter, there’re plenty of clues to help you complete the main puzzle, and by exploring the island you’ll fill up your journal. There were certain puzzles I absolutely loved, and one in particular sums up the amount of work Out of the Blue has put in to make sure Call of the Sea keeps you guessing. 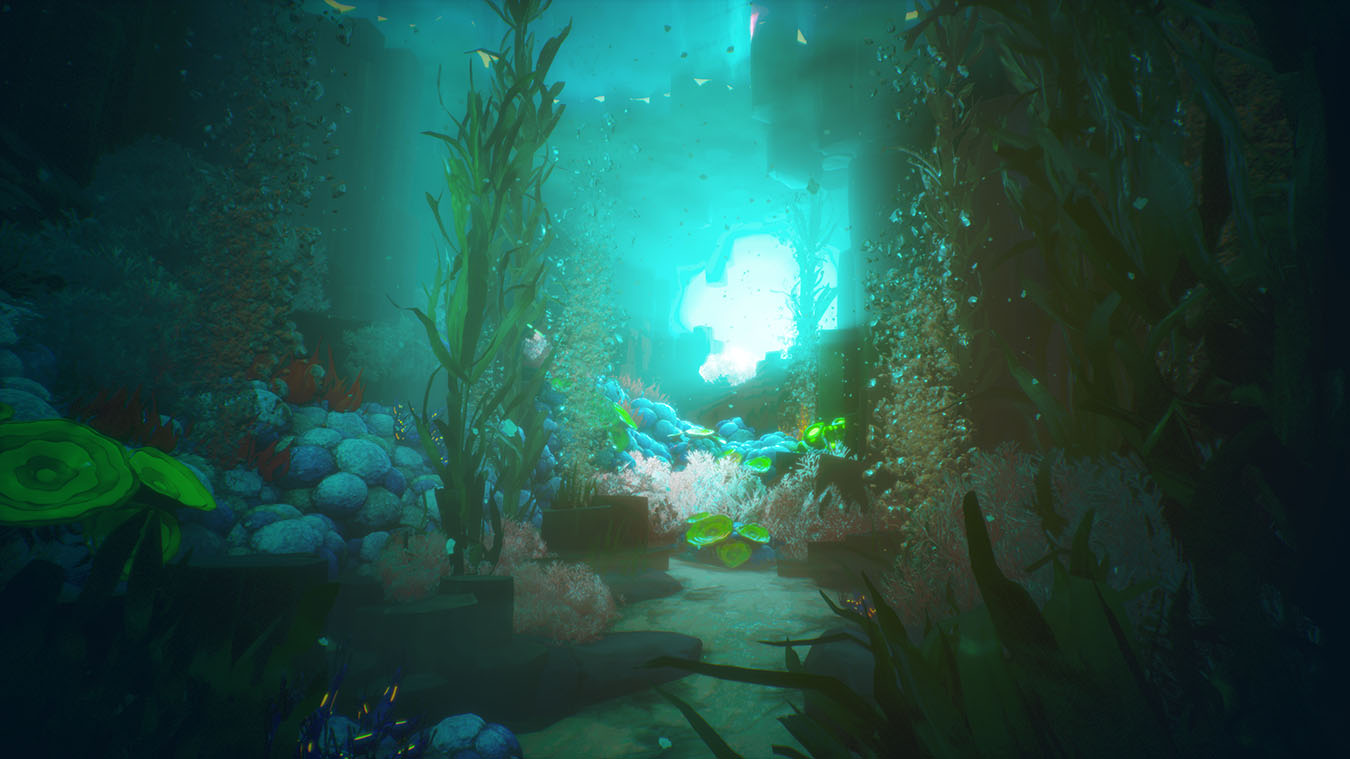 You find a table with a small organ on it, a machine that uses vibrations to interact with some mysterious black ooze, and a projector showing some symbols that correspond to the sea level. When you check your diary, the keyboard has these same symbols on different keys, and once you play them a number appears next to each one. Inside a crashed ship nearby, you find a machine where you have to adjust knobs to play with the vibrations where the black ooze is. Do this, and you get three sets of numbers that represent the sets of numbers found after playing the organ.

Once you’ve worked everything out from what you’ve just found on the beach near the crashed ship (including a calendar with a lunar cycle and more), you take what knowledge you’ve uncovered here to solve the bigger puzzle underneath the rain and thunder on a cliff edge. I won’t go into more detail about what you have to do here, but the satisfaction of finishing this particular one was immense. My problem-solving paid off, and much of the time I managed to work most puzzles out. Occasionally, I couldn’t put two and two together and I became frustrated. I couldn’t work out if it was me, or whether the solutions were just too well hidden. 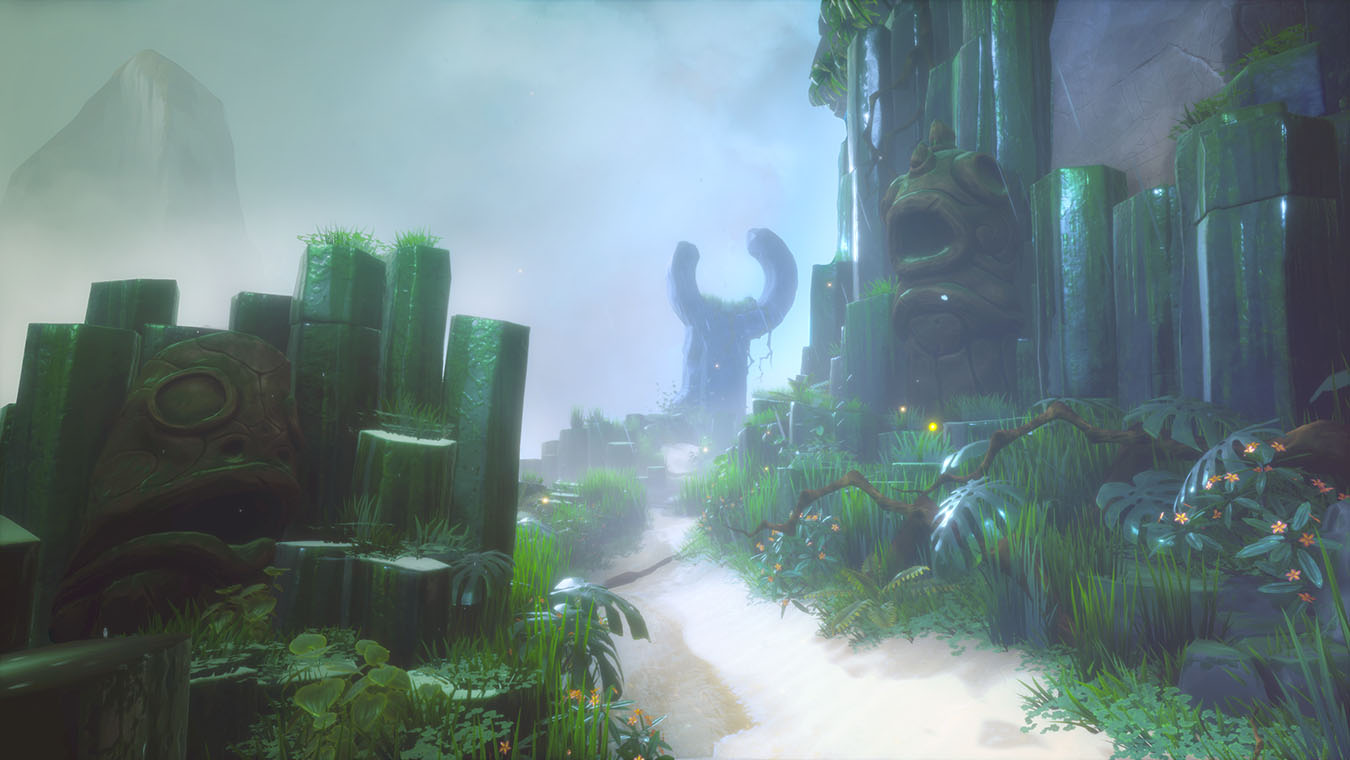 There’s some fantastic storytelling in Call of the Sea. When things start to get weird (and believe me, they do), I was fully invested into finding out what the hell was going on, and what had happened to Harry and his crew. Thanks to some moments where the story was told through flashbacks, dream sequences, and animated cutscenes, I became immersed, craving the next bit of information. If you can imagine a cross between Lost and Indiana Jones, you’re pretty much there.

Out of the Blue’s debut game manages to pack in some complex puzzles set amongst some beautiful environments, and has a story that keeps you hooked throughout. Norah’s a likeable character, voiced by Cissy Jones. but the occasional missteps in the dialogue when portraying an English woman in the 1930s feels far too stereotypical at times. Call of the Sea is a game for puzzle aficionados, and for those who enjoy a good story flavoured with pulp undertones.

Out of the Blue's debut game manages to pack in some complex puzzles set amongst some beautiful environments, and has a story that keeps you hooked throughout.

You may also like
Call of the SeaOut of the Blue