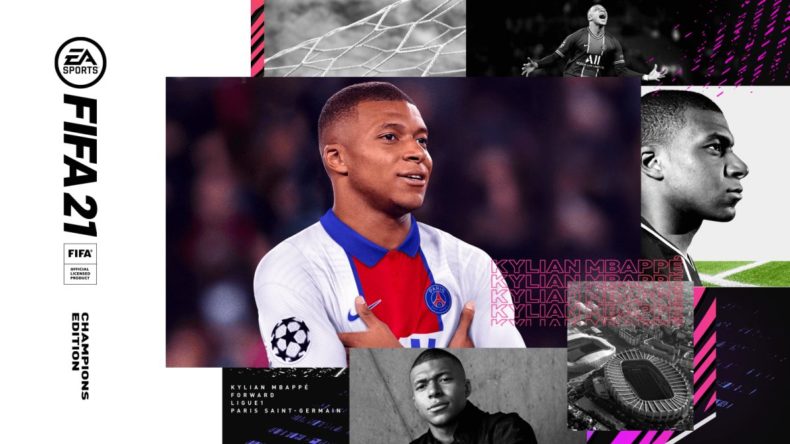 The sports titles that have released over the last few months have felt rather underwhelming. Sure, the next generation of gaming is almost upon us, but that doesn’t mean players should be given a less than stellar experience. It feels as though developers are more focused on the PlayStation 5 and Xbox Series X. Whilst they should definitely be looking to the future, they should also be considerate to those who might not be able to afford the new hardware. FIFA 21 has improved since its predecessor, but in many ways it still feels like the same game with a fresh lick of paint.

On the pitch, FIFA 21’s flow is just as blistering as last year. The ball pings off players like a pinball, and through balls land at player’s feet with ease. Its arcade approach makes matches in FUT more exciting, but playing through a career can feel far too easy to score a goal. Of course there are difficulty levels, but depending on where you settle yourself within them, the unrealistic flow means goals are flying in all over the place.

Shooting from almost anywhere inside the box guarantees a goal. Yes, this means the replays will be well-worth watching once the game has finished, but it lacks the rewards of scoring that PES 21 provides. Defending does reward hard work, especially when you tackle an attacker at the last minute, but even then, the AI plays a much faster game, meaning the ball is banged around the pitch frantically with every new attack. 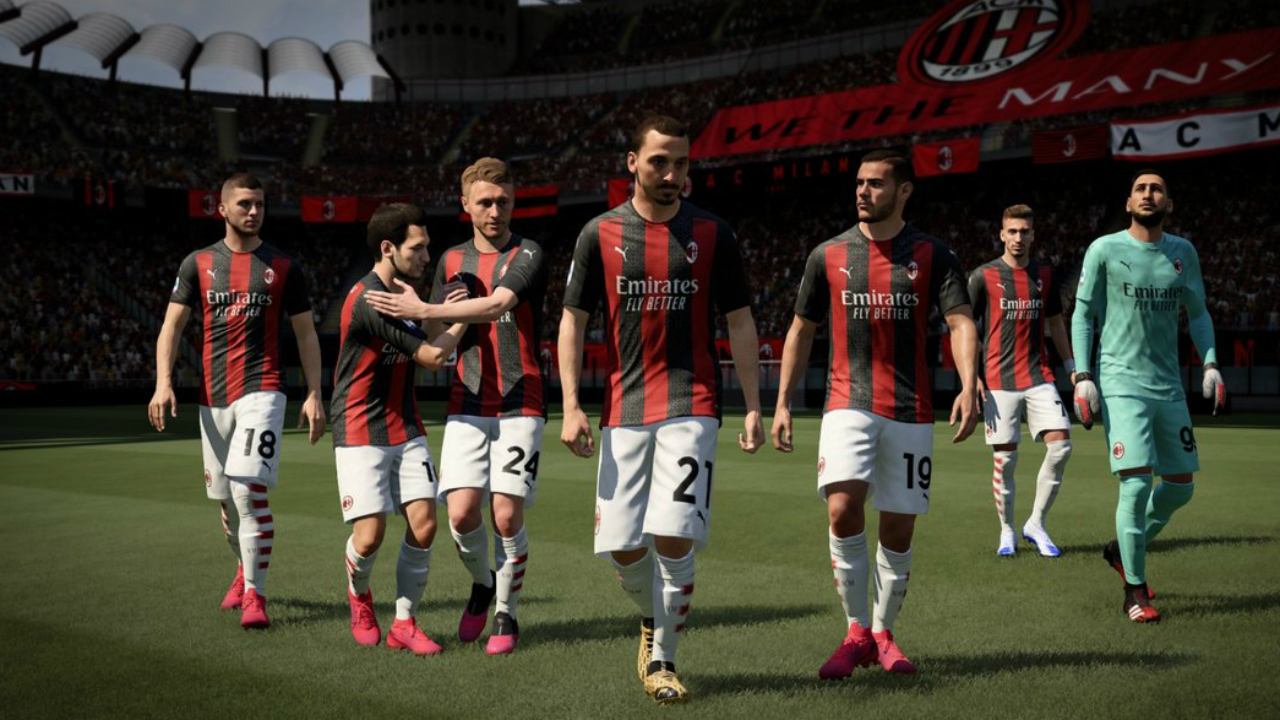 Making runs and outsmarting the opposition feels improved. The PES 21 update does an almost perfect job when it comes to breaking off from a marker and using footwork to dribble away from them, and whilst using the right stick in FIFA 21 feels better than last year’s, it isn’t on the same level as its rival. Teammates get into better positions and think for themselves a lot better than before, and space is created much more organically this time around.

Crossing has been awful in recent years, but now it is as if every cross into the box finds an open player. They are incredibly accurate regardless of the calibre of player putting the ball into the box. I want to feel challenged, and I want to be satisfied when I score off a cross, but now it is my go to if I’m trailing. It shouldn’t feel like a given, but if I’m losing, you know I am going to loft one in. Goalkeepers don’t help matters either, as their inability to position themselves well seems to have worsened. Whilst FIFA 21 feels realistic in the sense of outfield player intelligence, the keepers are almost always ready to concede a handful of goals.

Perhaps the mode that has been ignored for far to long is the Career. Thankfully, EA has added some features that make the slog of a season less of a chore, providing more choices when it comes to managing your team. Training has been improved. You can now choose to help player progression by picking the type of training you want every player in your squad to focus on. For example, if you wanted to turn your central midfielder into a winger, the option is there to alter the focus of their training and expand their abilities. Some players might not benefit from this method, but there are plenty of ways in which to hone your squad into the type of team you want. 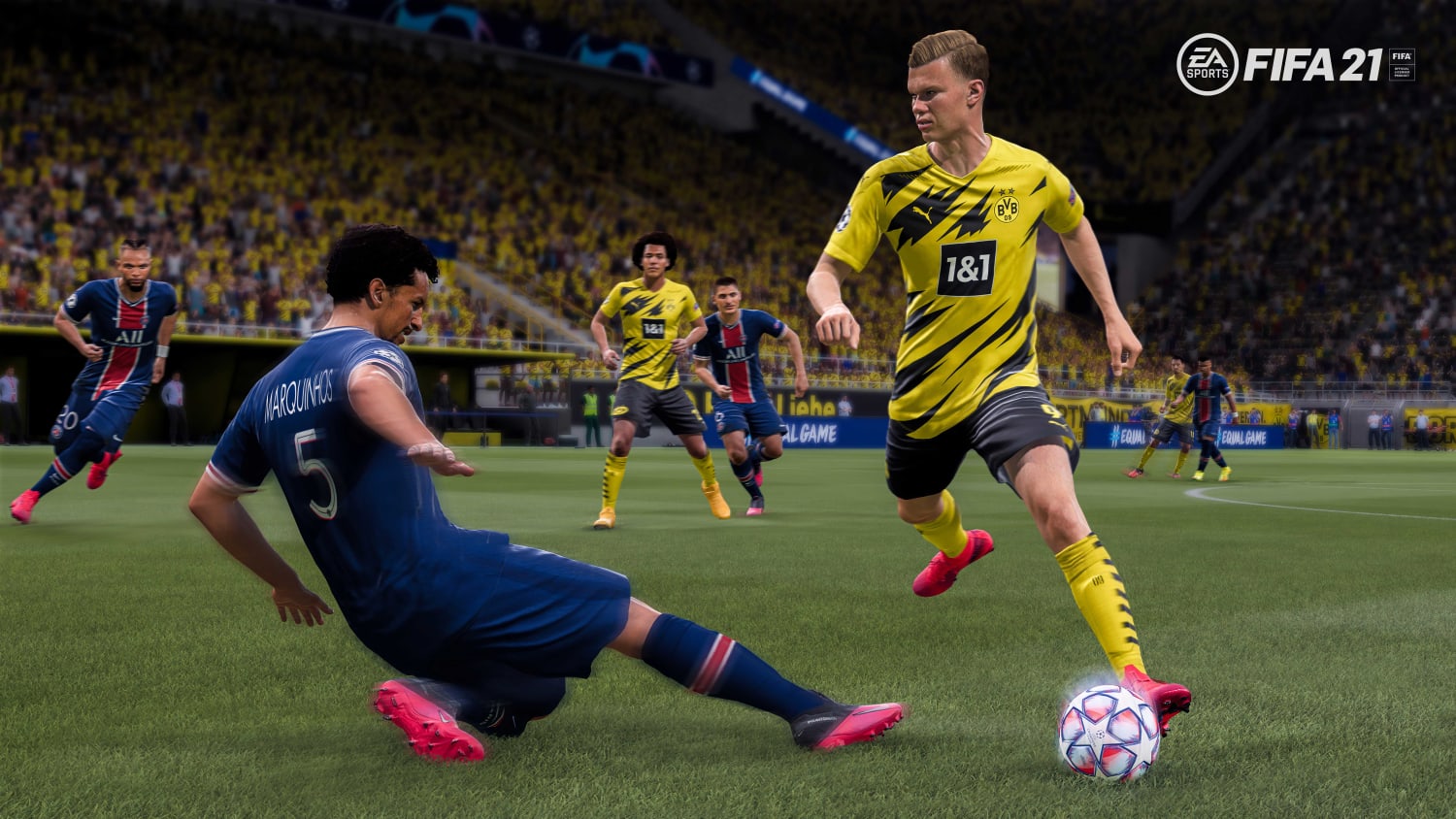 FIFA 21 has taken a leaf out of Football Manager’s book by allowing you to watch matches from a top-down perspective during your career. Not only does this help you get through some of the matches in your season without having to play, but it also gives you an idea about how good the changes you are making work. If a match isn’t going to plan, you can jump in and play yourself. Players also have a sharpness level to them now. As well as maintaining their fitness and morale, players can improve on how successful they pass, shoot, and get into good positions by remaining sharp.

FUT is still the same time (and cash) sink as it was before, and it feels like no matter how hard you work to get those much needed wins online, it is so much easier to spend real money on packs. That doesn’t mean EA hasn’t added some new features to the mode. The ability to customise your stadium is pretty cool. and removing the fitness cards mean you aren’t constantly using them to improve your player’s physical condition. Volta is now playable online with friends, and the the story mode offers more to last year’s bog standard entry.

The visuals are great, but they were in FIFA 20. It’s hard to pick out anything that looks better than last year’s, but in all honesty, that’s not a huge problem. Player animations on the pitch look wonderful, and the presentation before each match stands out as the best there is on the market. Commentary is almost identical, and Lee Dixon is still a negative so-and-so.

FIFA 21 is really only a mild improvement on last year. Gameplay is good, but it feels easier to score and reign victorious. The additions to Career mode are welcomed, but it still lacks the overhaul it so sorely needs. FUT is for those that have plenty of disposable income, and doesn’t reward those who can’t spend lots of money on it in the same way. looking to the future, as it seems most developers are doing, FIFA is in a good position. Let’s hope that the next generation does a better job of improving all modes for the different fans that play them, and the gameplay niggles can be ironed out.

FIFA 21 is still a solid football game, but it feels far too similar to last year's entry. With minor improvements to the gameplay, modes, and the visuals, it's about time the series had an overhaul.