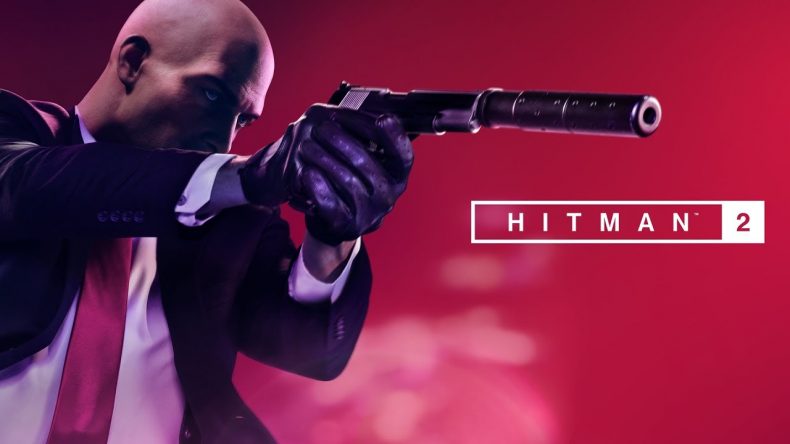 On the whole, it’s not that hard to kill a human being. I’m not talking morally, like it’s a weekend hobby or anything; I mean, physically speaking, we’re pretty squishy things. So squishy, in fact, that it’s often said there’s an estimated 6 million ways for a human to shuffle off this mortal coil and join the Choir Invisible. It’s an array of gruesome choice that most games don’t really explore; the majority are content with the perfectly acceptable triumvirate of gunshot, explosion, and autocide, though occasionally they’ll mix it up with swords and wild animals.

IO Interactive’s Hitman franchise has never been one to settle for convention, though, offering a multitude of macabre mediums via which to separate soul from body, barriered only by your imagination. Okay, that’s a stretch, but not much of one. In 2016’s reboot, there weren’t many methods of murder you could conjure that wouldn’t work if attempted, and the sequel is the same, only dialled up to 11. As usual, what Hitman 2 does so well is let you play. IOI refuse to restrict you by any means other than the rules of the gameworld – although that does require a certain amount of acceptance on your part. For example, you can kill anyone you see, take their clothes and hide their body, and if the body is found the consequences are very downplayed. There’s little panic from the crowds, no influx of police and investigators, but if you stand too close to someone wearing the same uniform as you they’ll act like they just caught you stealing their underwear.

In fact it’s this kind of dichotomy that runs through many aspects of Hitman 2, and it can be jarring – but only if you think too hard about it. This is no longer a serious game (if it ever was), which causes a certain amount of disparity between how you’re allowed to behave in missions and the grave tone of the semi-static cutscenes. One moment you’re witnessing the car-bombing of a young girl’s parents in a rainy cemetery, and the next you’re orchestrating death by pyrotechnics while dressed as a giant pink flamingo.

That being said, Hitman 2 takes the concept of creative killing and runs with it. In fact it runs to the nearest taxi rank, jumps in a cab to the airport, and fucking flies with it. I don’t think I’ve played a game this generation (yes, generation) with as much replay value per mission. The story follows on from Hitman 2016 and sees Agent 47 and his silky-voiced handler Diana Burnwood going up against a shadowy syndicate called Providence and their agent, the enigmatic “Shadow Client” – but while each mission follows the previous one and presents a passable plot in the process, the overarching story is secondary to the tales told in the individual missions. The previous game’s “Opportunities” have been replaced with “Mission Stories”, around half a dozen mini plotlines within each mission that allow you to follow a self-contained narrative to its grizzly conclusion. For instance, one target has hired a celebrity tattooist to visit his villa and re-touch his ink. By overhearing a certain conversation you can trigger this Mission Story, allowing you to eliminate the tattooist, don his clothes and gain access to the target. But the Story can then branch even further. You first meet the tattooist in a bar, where you could poison his drink and then wait for him to run to the toilet, or disguise yourself as the barman to listen to him lament his poor, put-upon celebrity existence before offing him up close and personal. You could then opt to kill the target with the tattoo gun, or finish the tattoo and instead murder him with his own pretentious art, or even with a statue of himself, after killing his annoying trophy wife for the sheer hell of it.

What’s important here is that Hitman 2 rewards you for almost everything you try. The first main area alone has myriad challenges tied up inside a mission set in a Miami raceway, and finding them all requires multiple playthroughs and a great deal of thought. And the best bit? Every challenge completed not only levels up 47, but the individual mission itself, unlocking new starting points, IAC dead drops, smuggled items and outfits. The more you play a mission, the more you’ll open it up to complete the objectives within it. It’s borderline genius.

There’s an awful lot of game here, too, especially if you owned the last game digitally or opted for the GOTY “Legacy” upgrade – and particularly if you didn’t play the last game at all but fancy picking it up. The Legacy upgrade tweaks the missions from Hitman 2016 by adding a bunch of Quality of Life improvements to bring them in-line with Hitman 2’s mechanics and allows you to access them from the same menu without switching games. It’s a nice touch and, more importantly, one that IOI didn’t need to include. A couple of multiplayer modes round up the package. The Sniper showdown mode returns, allowing you to challenge your friends to a high-stakes sniping contest, but the bigger draw is the new 1v1 Ghost Mode. In this mode (labelled beta) you’ll play against the “ghost” of another player who’ll affect your world but not you, as you both race to covertly eliminate five targets, sabotaging and impeding each other at every available turn. The big problem with the other modes in Hitman 2 is that they feel superfluous – but that’s like being upset that you got an extra 4 ounces with your 12 ounce steak.

The piper in this particular parable takes his payment by way of a few concessions. The shooting, for example, isn’t the most satisfying, and a brick to the face is usually an instant KO when a few bullets centre mass often fail to do the job. It’s also occasionally glitchy. I encountered a few bugs, such as a target who kept getting angry at me for walking off when I hadn’t moved, and a mobile phone that floated around like a prop in Poltergeist. But there are so many mundane items physically rendered into the stunningly detailed environments that a few bugs are expected.

No other game this year celebrates or rewards player agency like Hitman 2. This isn’t a summer blockbuster that relegates its coolest moments to the cinematics. Yes, most deaths will be shown with an abrupt cutscene, but it’s you that causes them. You’ll never see a target die and wonder how it happened. In all cases you’re the sole orchestrator of doom, and it’s a genuinely empowering feeling.

Hitman 2’s title screen invites you to make the world your weapon, and never was there a more apt tagline. The world is your weapon, your imagination is the trigger, your targets are the scum of the Earth. Simulated mass murder has never been more fun. So go play.

Actual story is a bit po-faced
Smattering of minor bugs