I Am Setsuna Review 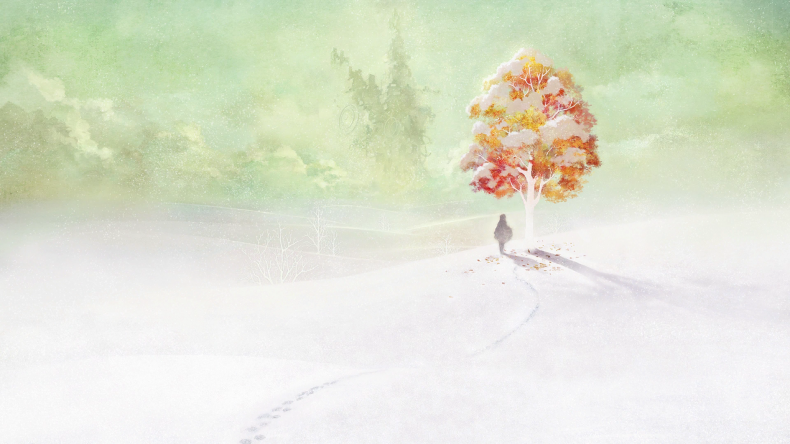 It’s no secret that Square Enix’s Final Fantasy series hasn’t been the same for a while. Since XII, the series has been getting closer and closer to action RPG territory with the forthcoming XV looking to be the furthest removed from all the titles that have come before. Couple this with the disappointing Star Ocean: Integrity and Faithlessness and the scarcity of new Dragon Quest games and it’s fair to say that Square Enix’s JRPG output has been sketchy of late.

So it’s nice to see that Tokyo RPG Factory has been busy making the type of game that Square seems to have forgotten how to create. I Am Setsuna is a throwback to 90s JRPGs, just without the random battle system. Back comes the ATB system and turn-based battling and out go the multitudes of job systems, summons and CGI cutscenes; this is a game so old skool that it’s refreshing. I Am Setsuna puts you in the pointed tootsies of masked mercenary Ednir, who is tasked to kill the titular Setsuna by an unknown evil-doer. The world is populated by monsters who need to be placated on a semi-regular basis by offering them a sacrifice, and in this sense Setsuna follows in the footsteps of Final Fantasy’s Yuna and Broken Age’s Vella. After meeting the pure-hearted girl, Ednir can’t bring himself to murder her so callously and decides to accompany her on her journey to her fated end.

The game follows a sort of Saturday morning cartoon style adventure where the heroes cross the snow-covered landscapes, finding towns and villages with deep-rooted problems, fixing those issues and then moving onto the next event. Along the way they solve the mystery of missing villagers, despotic rulers and insular societies. All-in-all, the game won’t win any awards for originality with its story-telling as this is very by the numbers, but the way the characters interact with each other elevates this above your usual mediocre fantasy fare.

Not that the lack of originality matters though, the simplistic nature of I Am Setsuna actually works in its favour — giving you an easily digestible story so that you can spend your time concentrating on the battle system, one which will feel very familiar to anyone who played games like Chrono Trigger twenty years ago. Monsters exist in the overworld, and approaching them instigates battle. You then wait for the ATB bar to fill for your characters before you can initiate an action for that character. Many won’t approve of going back to this old system, but it’s one that I have sorely missed.

As your characters level up, the only gain is a larger health pool. They don’t learn new abilities, gain better damage mitigation or deal more damage; all of these are governed by items. You can equip talismans which in turn grant you slots to put in what the game calls Spritnite, which govern what amounts to character abilities. Spritnite Stones are exclusive to particular characters, but equipping certain ones and then putting particular characters in your three-man party can create combo skills, which deal more damage and can cause debilitating effects to your enemies. You’ll have to experiment a little to find what ones cause what effects, but as you shift party members around any combo effects and what characters perform them are listed on screen for easy reference.

There are some baffling designs decisions with the game. Monsters don’t drop money, only materials, which you’ll need to sell these to the Magic Consortium. The effect of this is twofold: 1) you’ll get money to purchase new weapons and healing items, and 2) they are used as credit towards new Spirtnite Stones. Weapons and talismans can’t be sold, so you’ll need to grind these mats on a semi-regular basis to keep yourself in pocket and ensure you have adequate provisions and weapons to beat the game’s later challenges.

There is a significant amount of grinding involved here. Basic enemies won’t cause you too much trouble, but bosses can catch you off-guard, with some having late battle surprises and others being relentless in their assaults. I found myself wandering around in frustration, battling the same groups of enemies over and over for three hours just to beat one late game boss, which did sully things a touch; I mean, I did feel a sense of accomplishment when I finally got it down, but it was more of a ‘Thank god that’s over!’ rather than the ‘Have that you bastard!’ it should have been. Upon levelling your characters, health and MP is restored. Also handy is the fact that anyone not in your active party receives experience from every battle — you’ll need to use this to your advantage as the game doesn’t have an inn system in place so grinding in a place to keep levelling up and ensuring you have a stock of Tents or Cabins handy is vital. Save points are also quite sparse, meaning you’ll need to make sure you make use of the ability to save while you wander the overworld. Actual save markers appear before every boss, but dotted around the battle areas are a few ‘Spritnite infused monsters’ which are considerably tougher than regular ones yet almost completely impossible to tell the difference. Getting into one of these battles ill-equipped can result in an early game over screen and some ground to make back up.

‘But why wouldn’t you just flee?’ I hear you cry. Flee isn’t something you can just do here and it’s never explained how you actually go about it (which is odd considering the game’s otherwise intricate screens detailing its many other systems). Fleeing from battle is granted by Fogstones, which you need to buy from the apothecary vendor. Without them, you’ll have to see any battle through to the end which can be a right pain if you happen to have stumbled into a particularly irksome fight..

However, these are minor annoyances in an otherwise lovely game — one that wears it’s 90s heritage proudly on its sleeve and refuses to apologise for taking us back to how things used to be. It’s a world of lush snowscapes, pastel shades and lovely attention to detail; characters carve trenches through the thick snow which then fill back up over time, trees rustle as the branches give way under the weight of fresh fall and despite the constant whiteness of the world, it never becomes tiresome to look at. Character designs are also stunning with not one looking overly busy, but they’re all gorgeously simple in style that fit the chibi style representations of the cast with the one eyed ronin, Nidr being my particular favourite.

The thing about I Am Setsuna is that it feels like an antique in a time where everything else is shiny and new. Yes, other games do it in a much flashier style with realistic looking characters, intricate battle systems and epilepsy-inducing spell effects, but I Am Setsuna doesn’t need any of that. Like an antique, you can feel the history behind it and sometimes, that’s all you really need.

Some enemies feel unfair
Flee mechanic is not explained

Neither original nor groundbreaking, but if you’re one of those people who want a 90s style JRPG on home systems, then I Am Setsuna is the game for you.

I Am Setsuna (Nintendo Switch) Review

I am Setsuna coming to Nintendo Switch on March 3rd