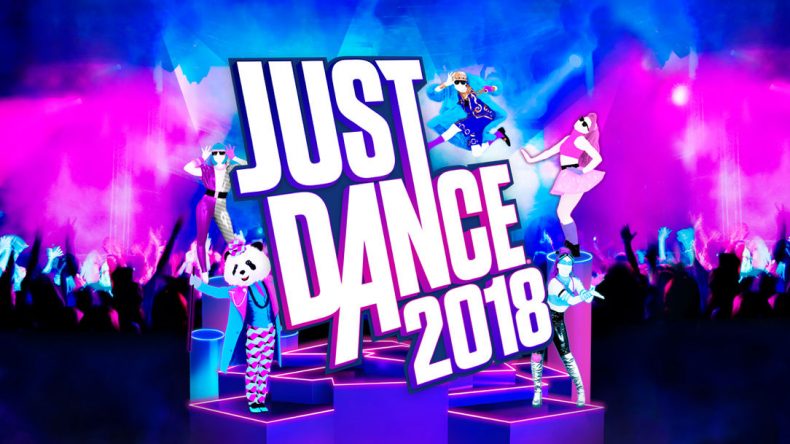 Yearly updates are common in video games. FIFA, PES, NHL, NBA, all series’ that due to the nature of the sports they emulate have to update rosters, and add features as their respective genres gain competitors. Just Dance is on its ninth iteration now, and this is the fifth since it stuck a year onto its title with Just Dance 2014 in the course of its history it hasn’t really reinvented itself. So, why hasn’t Just Dance become a platform yet?

I sweat buckets reviewing Just Dance 2017, so much so that I sent a picture of my glistening visage to Adam with a caption telling him how much I hated him. I’m an unfit person, and lack basic co-ordination, asking me to dance is tantamount to asking a cruise liner to indulge in drift racing – it’s not going to go well. Regardless, less than eight months after the last time, I threw myself into the fray, but refrained from giving Adam the satisfaction of knowing how much it made me ache. So, 2018 is basically the same as 2017 in terms of structure. The UI is a different colour but identical in form, and aside from the lack of Just Dance video, the front end is the same too. There’s the inclusion of a ‘Kids’ section, which is a nice, if unnecessary inclusion as all the songs within are held in the main section. A lot of songs can have sensitive lyrics, or suggestive themes in them, but in Just Dance these tend to be radio edits, so if you’ve let your child listen to them during a school run, or at home then it’s highly unlikely that they’ll listen to something you don’t want them to, meaning they can play it regularly and have a lot more songs to dance to.

Considering my physique and the fact I decided to forgo a warm up I thought I’d start it off easy with a bit of Despacito, yeah, that song’s not as slow as you think it is. After a slow opening it soon turns out that the dancers are considerably more lithe than me, their bodies being able to react and move well before my eyes can spot it, and my body just doesn’t have the speed to match the movements. From then on it becomes a game of recognising where the repetition lies, spotting the change thanks to the icons in the bottom right and allowing yourself to settle into the rhythm, plotting the changes before they occur. It’s still possible to cheat the game, you don’t have to match the leg movements, the body sways or sashays, the most important thing is to ensure that whichever arm is holding the controller mimics the movements of the one on-screen, but where’s the fun in that?

24k Magic by Bruno Mars, Rockabye by Clean Bandit and Shape of you by Ed Sheeran came and went, all a lot quicker than I gave them credit for, but I managed to four-star them all, but I still refuse to admit I have any sense of rhythm, I’ve seen footage of me dancing, it isn’t pretty. There’s a nice mix of recent popular titles, like the ones mentioned above, then there’s some nice older songs like Naughty Girl by Beyoncé, Boney M’s Daddy Cool and Another One Bites the Dust by Queen; then you come to slightly odder inclusions like Itsy Bitsy Teenie Weenie Yellow Polka Dot Bikini, and Blue (Da ba dee da), there’s also a selection of unknown music that allows you to use both Joy-Cons at once, meaning you can change things up a tad if you don’t mind dancing to non-chart music. It stands to reason that the track list would differentiate from 2017’s version, but where the game stays the same is also to its downfall. There’s a bunch of extra modes, such as fitness (which is great for people like myself to get a little fitter at home) and Dance Lab (which my son loves), which are nice distractions, but much of their track lists are behind the ‘Unlimited’ paywall which limits their choice significantly. For Unlimited, you get the first 90 days free, after that you need to pay a subscription, once that trial is up you won’t dance to get fit unless you cough up some dough. The Unlimited track list is burgeoning with great songs to dance to from previous titles, but that’s just it, they’re old, trying to justify a subscription based on old songs is asking a bit much, if it was constantly updated with new songs, then that would be worthwhile.

I made the point in Just Dance 2017’s review, and I’m going to make the same point here because it’s still pertinent, Just Dance’s popularity is where it was before, but while I feel that its fans aren’t really going to go away, the yearly iteration is a considerable turn off for many others. For a series that doesn’t really reinvent itself on any fundamental level it’s about time Ubisoft made it a platform, a single game where you pay to dance at your leisure, either let us buy the songs individually like you would a chart single, or make it a Spotify style rental system and let us choose our playlists. Do you like the track list? Do you like Just Dance in general? Jump right on in, but don’t expect much to have changed since last time.

Not so good if you don’t like to dance
Unlimited needs to look forward, not back
Yearly iterations need to stop

Just Dance 2018 is just as good as it’s always been, but it’s beginning to become hard to justify shelling out just for a smattering of new songs with each iteration.