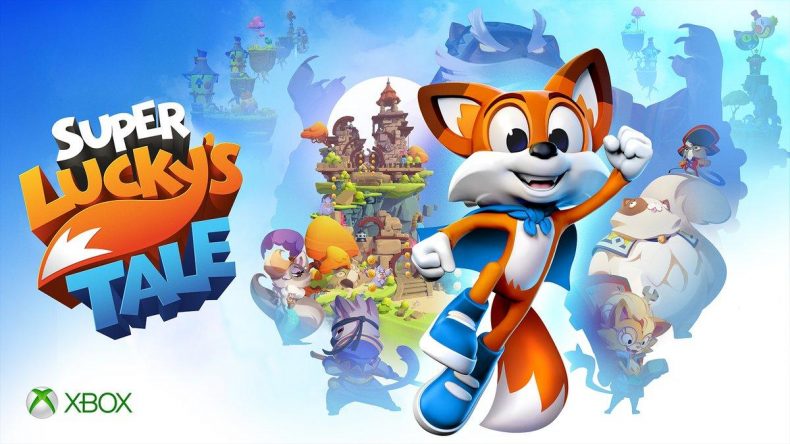 So many mascots have been and gone over the years, but it’s rare for one to hang around. However, it seems as though 2017 has been the year of the platformer, with Crash Bandicoot and Bubsy the Bobcat making comebacks, and other games like Yooka Laylee, Sonic Mania, and Super Mario Odyssey tickling our fancy. Microsoft hasn’t really got a modern cute and cuddly console mascot, but with Lucky the fox, is that all about to change? He’s certainly a charming little fella, but is that enough to keep you playing Super Lucky’s Tale for more than a couple of hours? Want me to stop asking questions and just tell you already? Ok, seeing you asked so nicely.

There’s something rather engrossing about Lucky and his quest to take down the treacherous band of cats known as the Kitty Litter, led by Papa Jinx. It feels like a stripped back platformer, minus the difficulty of Crash and the level design of Mario, but it definitely has something about it. Crash is the closet stable mate, with collectibles, level variety, and other nuances found in the furry orange trickster’s games. There are different worlds with different levels all unlocked by progression, and by collecting the four-leaf clover collectibles, featuring a boss at the end of each world. You don’t have much variety in your moveset, but it doesn’t really require much from you. It’s a great game for you to play with your kids, especially if you have a daughter who’s obsessed with foxes (like mine is), and the controls are easy to get to grips with. You can jump and double jump, spin your tale to attack, and burrow under the ground like a mole to find coins underground and do some damage to certain enemies. There are slight variations to this, but that’s about it. It’s the perfect game to pick up and play, and having the variation in levels puts your skills to the test.

Some of the levels are quite open, and have layered objectives. You might have to find a certain number of objects to open something or get something to work, as well as reaching the end without dying. Most of the levels also have foxholes where you can jump into and find a lot of coins and a four-leaf clover – again, very similar to those portals in Crash Bandicoot. Throughout the levels, you can also collect letters that spell out LUCKY, and they can be found in plain sight, or might require a bit of brainpower to solve one of the game’s simple conundrums to get your hands on them. Some of the levels are well designed, doing more than just giving you a world to jump around. For example one of the minigames is a table you’ll move around to get a marble across it, and there are also loads of levels that require you to move statues around to land on specific spots. You’ll also find some levels that move to a sides-scroller format, giving you even more variety in the levels. As mentioned earlier, you will encounter bosses that will present a bit of a challenge, but their patterns are quite straightforward and easy to defeat after a few goes.

Super Lucky’s Tale is a colourful game, and there are some pretty levels, but it does feel a bit bland in places. A lot of the levels are similar within the worlds, and the enemies get a bit repetitive, but it’s hard to criticize a game that isn’t trying to be massively ambitious. Don’t get me wrong, it’s pretty to look at, but when a game like Super Mario Odyssey is out there, this doesn’t stand out as much as it could. It’s a positive, happy, charming little game, though, one that may get a bit repetitive over time, but seeing the joy on your kid’s face as they bounce around the colourful worlds as a cute little fox makes it all worth it. As a man in his thirties, even I found a lot of the game just as funny and enjoyable, and The Soggy Boggy Boys were certainly a massive highlight.

It’s not going to break records, and it might not set the world alight, but it’s fun, easy to play, and great to pop on with the family and spend a rainy Sunday afternoon with. If you love a good mascot platformer, then Super Lucky’s Tale may just be the one for you.

Great tone
Easy to pick up and play
Variety in levels

If you're looking for a game you can pick up and play, as well as making you smile, this is certainly one to consider.