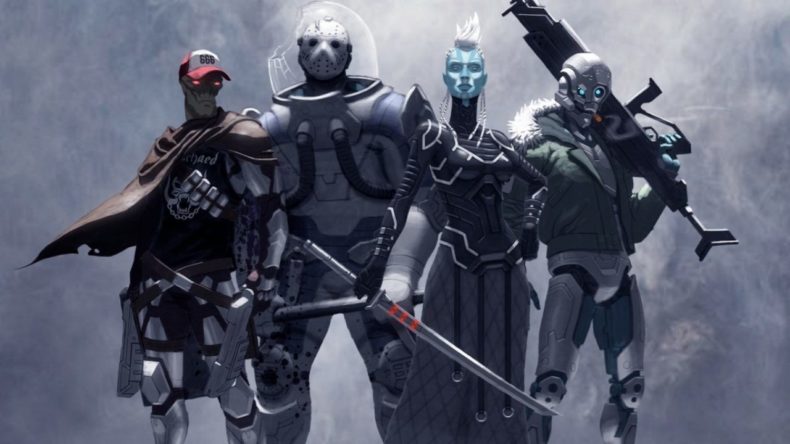 I first played Killsquad at the end of 2019 when it entered early access, and that initial play left me a little cold. It had obvious potential, but at that point it simply wasn’t fully realised. Arguably, it still isn’t quite, but it’s much closer and, as a result, it’s a much more robust experience.

You take control of one of five diverse, non-human bounty hunters taking increasingly tough jobs across the solar system. When I first played there were four: the ghoulish pistoleer, Troy, rifle-toting Zero, the graceful melee assassin, Cass, and Kosmo, a huge hockey mask-wearing brawler. I struggled then and still do now when it comes to picking a favourite from these four. After two years of early access improvements they’re now all superbly balanced, their vastly different play styles offering great variety with few downsides for switching. 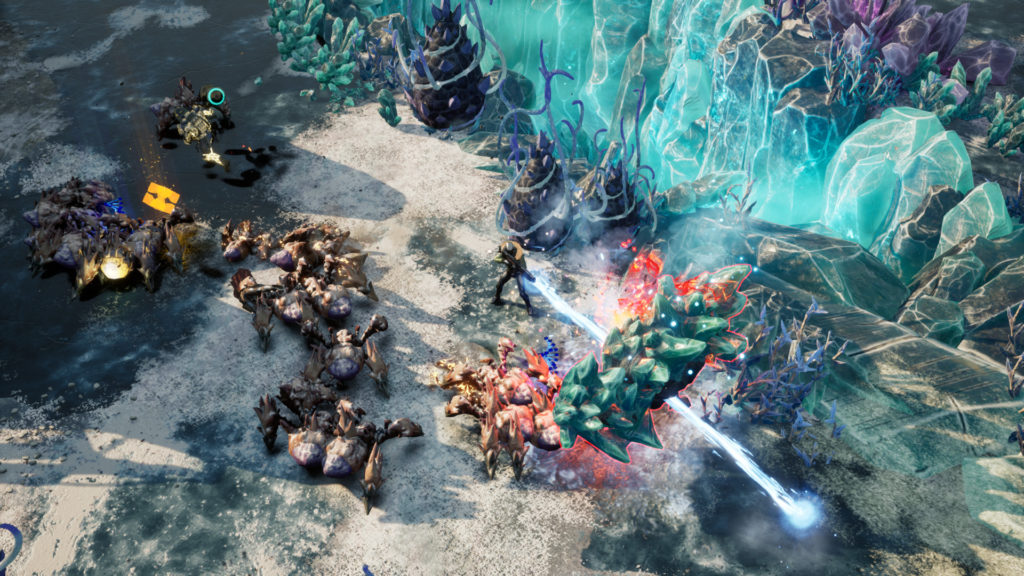 Fifth character Ekaar, however, is a slightly different matter. While I can and do use him, I find his abilities, weapons and – importantly – appearance to be slightly off-putting. In fact the visual design of each character is one of Killsquad’s negatives. It’s nice to not have the usual generic rogues and femme fatales, but Kosmo and Ekaar in particular just do not look good. In fact Kosmo kind of looks like the designers ran out of ideas and whacked a hockey mask on top of a space suit and called it a day.

Luckily, Killsquad redeems itself aesthetically in other areas. While it’s not always striking, the environments are at least varied and colourful, with some great effects during bigger fights. The tilesets, though, are heavily reused, and repeated plays of the same zones can start to become a little tedious. The sound design doesn’t really help here, either. The score is pretty forgettable, and missions can feel oddly quiet between bouts of blasting and one-liners. 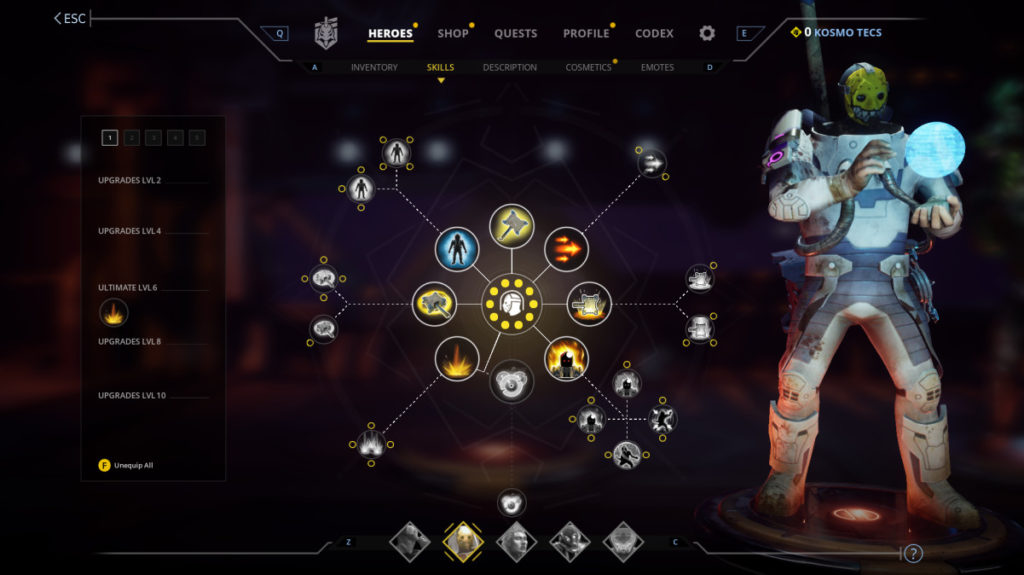 The main thrust of Killsquad is little different from any isometric ARPG. You jump into a mission, kill everything, complete an objective or kill a boss, and take the loot. Most drops you’ll find in level are of the various currencies and resources. Weapons and gear are granted for completing bounties and challenges within each mission, or as rewards before you head off-planet.

CHECK THIS OUT: How to keep everyone alive in The Dark Pictures: House of Ashes

I’ll be honest, with such a variety of elemental effects, weapon types, prototype gear, and support items, Killsquad could afford to be a little more free with its loot. The loot game itself is pretty strong, as you increase the strength of your loadout to build your Vector (which is like a gear score). You’ll often swap out new items after a mission, or else head into the store to boost your Vector, and there’s always something useful to work into a build. 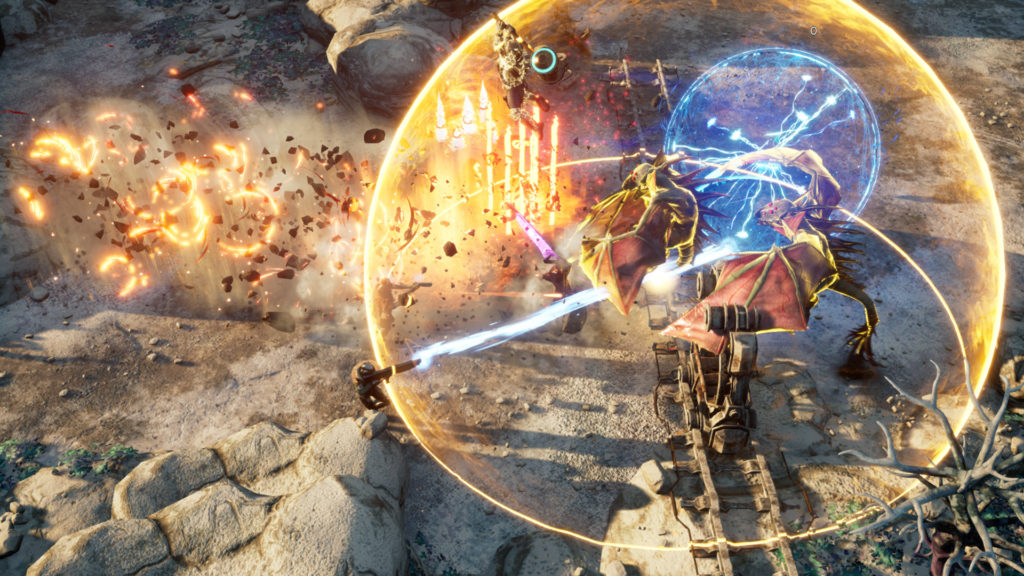 Skill points are a massive contributing factor too. Skill trees are based on existent abilities, which you will unlock mods and multipliers for. These mods, called Tecs, are then equipped to a total of 10 points, allowing for some build diversity and synergy in multiplayer.

It’s here that Killsquad comes alive. Blasting and carving your way through the alien landscape with up to three friends is great fun. Not only that, but it makes the repetition of levels and objectives much, much easier to stomach. It also makes some of the stages a little easier. Solo, some of them can feel incredibly difficult in the early game.

Novarama are dedicated to improving and growing the game, adding new content, gear, cosmetics and emotes, as well as characters and zones. That said, after two years of early access, Killsquad is launching in a strong position to build on a solid, playable, and enjoyable foundation.

After two years of early access, Killsquad is launching in a strong position to build on a solid, playable, and enjoyable foundation.