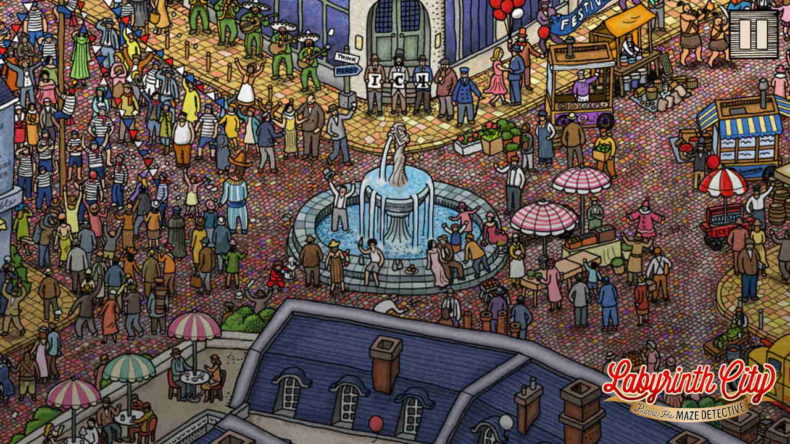 Labyrinth City: Pierre the Maze Detective’s artist, Hiro Kamigaki is an astonishingly talented person. He has a knack for packing incredible amounts of detail into his eye-catching designs. Described by the Guardian as “Where’s Wally’s posh cousin”, his successful 2015 picture book Pierre the Maze Detective is now a game. And it’s a charming one that provides simple, whimsical narrative married to artwork that will delight at every turn.

Quite simply, what we have here is an opportunity to recreate what it feels like to trace your way, perhaps with a finger, through the intricacies of the quite literally labyrinthine drawings. A living, breathing recreation of the book. It looks incredible, with an almost overwhelming amount going on. Gameplay is straightforward. Playing as Pierre, you are pitted against arch villain Mr X. He has pinched the Maze Stone from the Opera City museum, an artifact that allows him to bend and manipulate the city itself, turning it into mind-boggling mazes.

Your job is to interact with the scenery and myriad denizens of the city and traverse these mazes, using your powers of investigation and observational skills as well as puzzle solving abilities to progress. You will speak to NPCs, or look behind objects. You can meet Mr X’s decoy red herrings, hit dead ends, participate in puzzle minigames. And  of course, you can trigger off joyous animations by tinkering with certain objects or situations when an icon appears. 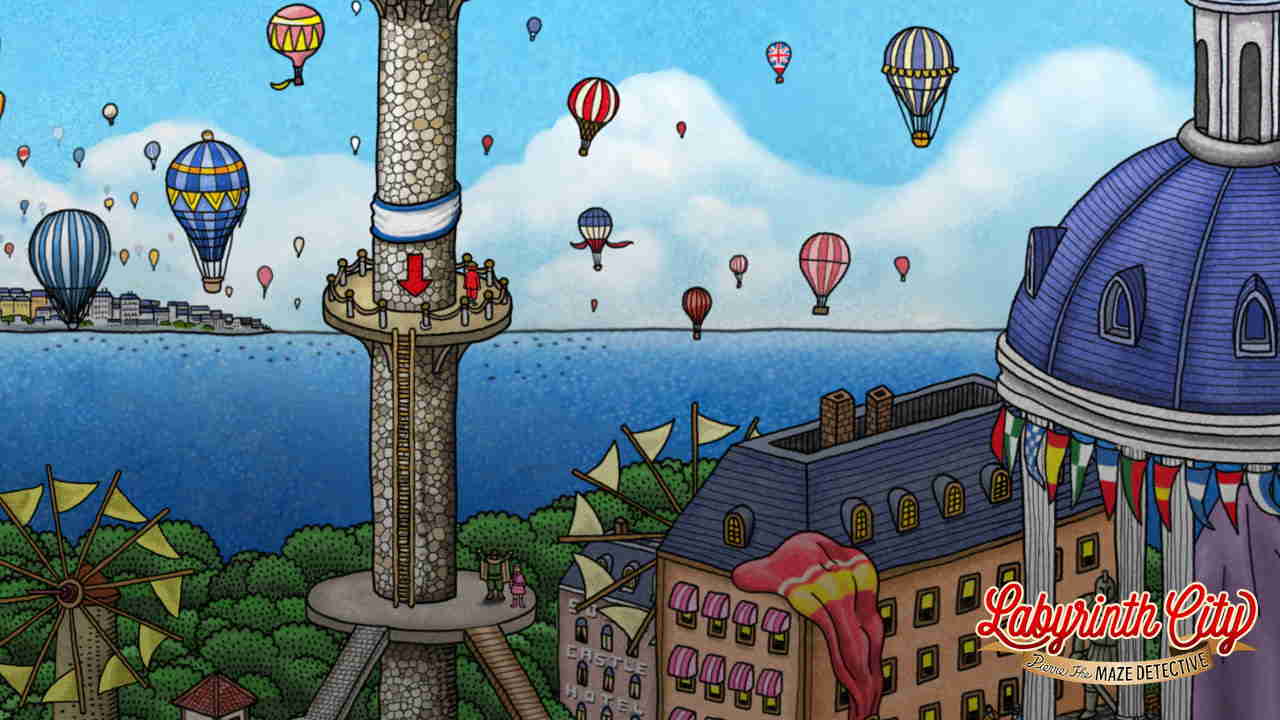 Each level has a series of stars and a chest to collect. These are out in the open and can temptingly be seen, but are often far from easy to actually get to. Thankfully dotted about are helpful wizards who can give you much needed hints. Mr X’s notebook pages are incredibly well hidden. These notes are concealed anywhere and are never just in plain sight. In fact they require some proper detective work. The haul of items you discover are collected in a gallery for future perusal.

It really does look and sound great, though. And it’s worth saying also what a stellar group of artistes they have at Darjeeling as well. Maze Detective slots right into their oeuvre, which includes superb documentaries on the likes of Keith Haring and Larry Clark.

Wandering around an interactive maze like this is a niche gameplay mechanic and your enjoyment of this title is going to be dependent on how much you buy into the impact of the art, and the gentle exploration. It is a natural winner for those familiar with the source material, of corse. It will also delight children that are fans of the man in the hooped red and white jersey, and it won’t be for everyone, but by goodness it is great that things like this are being made.

It’s not for everyone, but by goodness it is great that things like Labyrinth City: Pierre the Maze Detective are being made.