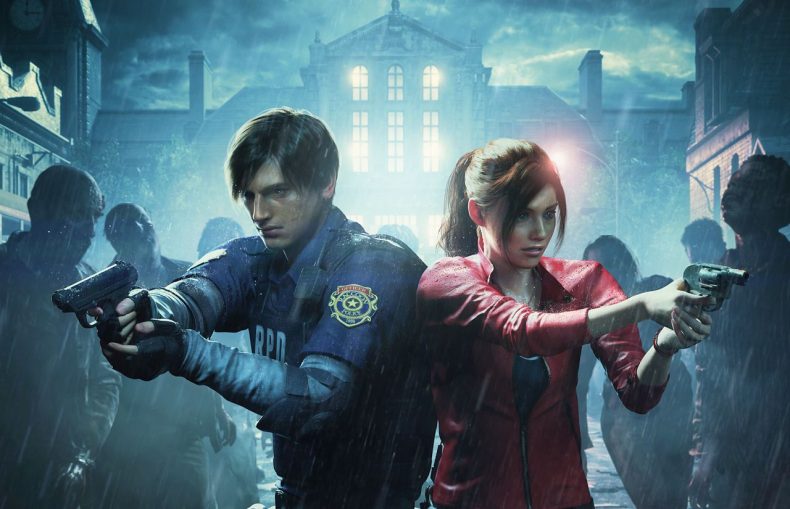 We’ve all had a bad first day in a new job. Not knowing where the toilets are, or how the photocopier works, stuff like that. But spare a thought for poor Leon Kennedy, whose first few hours at the Racoon City Police Department would easily top them all. It’s this first day that many of us have witnessed as either Leon or Claire Redfield many times since 1998. This brand-new remake combines that compelling tale with an added technical grunt and a broad reimagining of the experience to deliver the best remake this year.

The biggest compliment I can give 2019’s Resident Evil 2 is that it still feels like a Resident Evil game. This might sound blindingly obvious, but let’s not forget Capcom doesn’t exactly have a consistent history of delivering what many would classify as a true Resident Evil title. I’m looking at you Resident Evil 6. In the current video game climate, it wouldn’t be unthinkable for this to have become more of a bombastic action title, forgoing the tense horror of the late 90s. Thankfully, Capcom understood the essence of what makes Resident Evil 2 such a beloved title and stuck true to the source material. Cramped, dimly-lit rooms and corridors, some eerie but gorgeous lighting effects, and even the nonsensical layout of the starting Police Station all still remain. But there are some notable changes, not least to the control scheme. Gone are the cumbersome tank controls of early Resident Evil games, as well as the fixed camera angles, only showing you part of the area you’re in. Replacing it with a Resident Evil 4 style, over-the-shoulder view and free movement risked swinging the pendulum away from scary, as you feel less restricted. But nothing could be further from the truth.

Capcom knows tension is king, and they followed this mantra throughout. Exploring familiar locations from a new perspective still feels new, even if you’ve played the original to death. Ammunition is again almost punishingly sparse so you definitely can’t run-and-gun as you might hope. And the lumbering corpses of zombies bob about almost randomly, making that glorious headshot difficult to stick. You’ll curse as you miss your mark for the third time, and then curse again as they lunge forward and have a light snack on your neck.

And if that wasn’t enough to ramp up the tension, the delightful Mr. X has been given more screen time for the remake. Now, from his first appearance onward, he’ll relentlessly pursue you around the station. You’ll have to quickly outrun him when he pops up, and more than likely go and find a safe room to hide in until he gets bored and leaves. Not feeling quite so heroic now are we? True, sometimes it gets repetitive, but frankly no more so than any of the game’s other features like hunting for keys, and it definitely makes you less cocky about playing a game you thought you’d mastered 20 years ago. Two decades of progress has afforded the Resident Evil 2 remake with more than just a new control scheme, though. Thanks to the power of current-gen hardware, Capcom were able to really go to town on sprucing up this remake, and boy did they do a good job. The way the lighting works so cleverly to focus your attention on what it needs to is a masterstroke. Not to mention that everything looks so clean and polished even up close. Yes, even the zombies and the gore they distribute looks great, the Lickers, in particular, are as detailed and stunning as they are fear-inducing.

Carefully plodding around the Police Station feels eerie, as you never know what awaits you around every corner. The offices and rooms feel used and lived in rather than hollow, empty shells. Dust and cobwebs, as well as assorted discarded junk, clutters the attic spaces for a sense of creepy realism. The sewers you venture into are as dank and dreary as you remember them, and you wish you didn’t have to descend into those murky depths. This is a contrast to the clinical, clean lab areas with their white walls and bright, functional lighting. Every area feels more realistic, a perfect representation and reimagining of the locales from the 90s original.

The key to a good remake is building and enhancing the original, whilst still maintaining the essence of what made it so popular among fans in the first place. It’s a delicate balance that some remakes get very, very wrong. Resident Evil 2, however, manages to hit that glorious sweet spot that means both newcomers and seasoned veterans adore it. Capcom made sure that despite the familiarity there was enough here to still keep tensions high and nerves on edge.

Ultimately, everyone who plays it will walk away sayng, “That’s what it feels like to play a Resident Evil game”. There was so much riding on the remake, so much love for the original, so many opportunities for Capcom to mess things up. But they didn’t, instead, they carefully and respectfully delivered a resounding homage to the 90s classic and made it relevant to a modern audience too. Resident Evil 2 was hands-down the best remake of 2019, showing others how it’s done. We look forward to the Resident Evil 3 remake now with an added sense of hope and optimism.