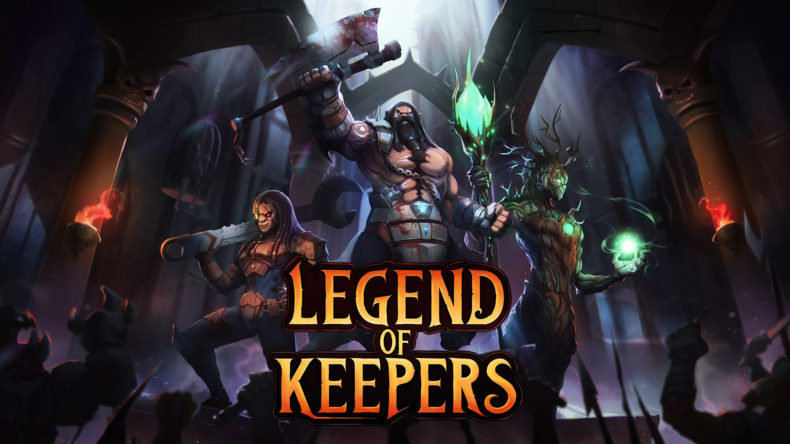 While it can be good to be the bad guy now and then, it’s hardly a novel concept in video games. So whenever a new title like Legend of Keepers comes along it’s difficult to get too excited about it. Developer Goblinz Studio likely knows this, and has mixed in half a dozen other elements to help alleviate it.

For a start, the Dungeon management element is cut with a dose of turn-based, deck-building combat. You play as one of three dungeon bosses working for the Dungeons Company, a massive conglomerate whose job it is to protect the riches of the Dark Lord from bands of earnest do-gooders. As is the usual approach, this is played for laughs. The trouble here is that outside of the management element where you assign different weekly tasks to your minions, it’s barely touched upon. But then the writing isn’t all that important in what is a fairly competent roguelike.

A run consists of first assigning traps and monsters to each room of the dungeon, remembering to leave the odd room empty to spring ambushes. At the far end, your boss monster awaits any heroes who survive. They usually arrive in groups of three, and will trigger traps automatically. The aim is to kill them or scare them away, and your boss will deal with the ones who survive. 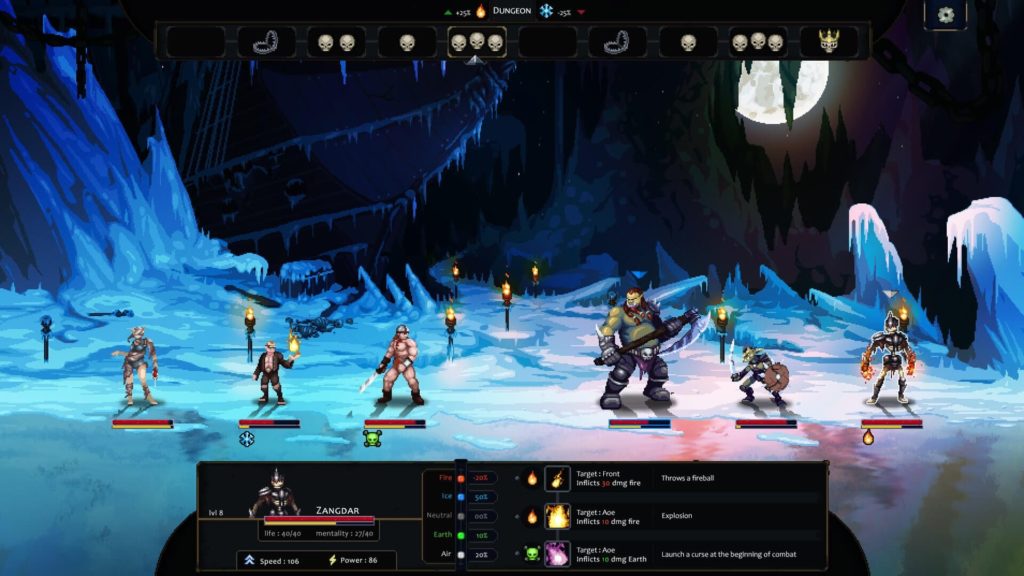 Combat is turn-based, and sees you attacking the enemy based on their position. You have attacks that hit the front and back hero, or an area attack that damages all. If a hero dies or flees, they’re out, but it’s rarely an easy proposition. Various classes will assault your keep, as is expected, including melee tanks, rangers, mages and healers. They’re almost always tougher than your monsters, and it will often come down to the boss monster to finish them off. This is fine, except your bosses have finite stamina that will cause them to get weaker each time they fight. The best way to mitigate damage to your boss is to hire tougher minion monsters or level up the ones you have.

Office parties can be murder

All this levelling and upgrading takes place in the weeks between hero incursions, and takes the form of a tongue-in-cheek business management sim. You’ll earn blood, tears, and gold for defeating heroes, and can use these to buy new traps, train monsters or hire new ones. You can even send your existing beasties out on quests in the hopes that they’ll bring back something useful. Weekly tasks and events improve the upkeep of your dungeon and can boost the morale of your minions. But you need to beware of leaving your dungeon understaffed during an incursion. 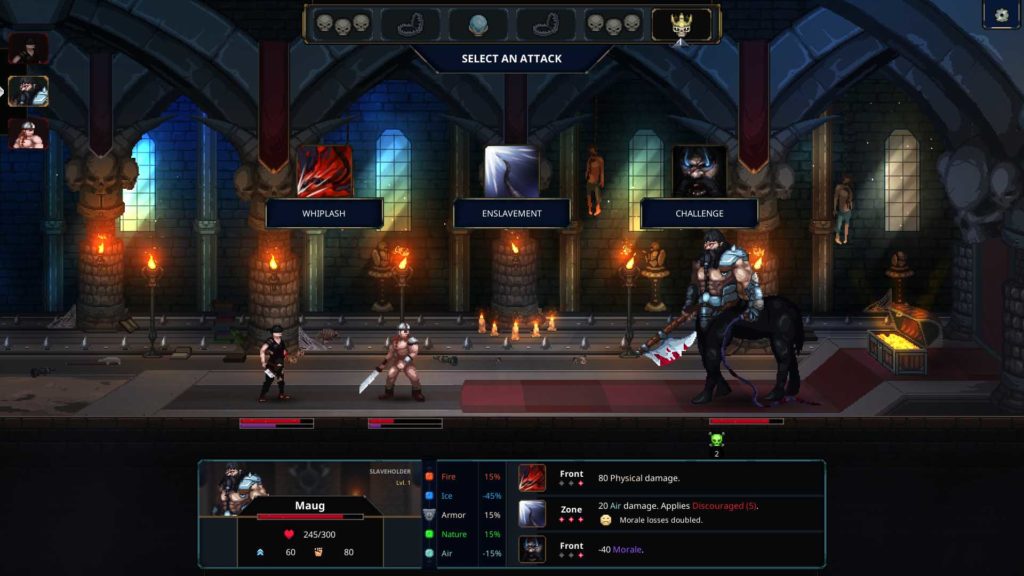 If your boss monster dies, you’ll have to start the run again. The plan is to survive long enough to best a Champion, at which point your run will checkpoint as you advance to the next “level”. It gets tougher and tougher the longer you survive. And that’s something not helped by the simplicity of the deck-based combat. I struggled to get by on more than blind luck most of the time. This meant I often felt like I was just plodding through runs hoping for the best. Legend of Keepers simply lacks the clever synergy found in other deck-builders unless you really know what you’re doing.

It’s not helped by the tiny, tiny font. Even docked, I found myself squinting at the TV to read the information. And there is a lot of information to take in. This could be an issue for people with less than perfect eyesight. And the lack of options to change it is frustrating. It’s a shame because Legend of Keepers looks pretty damn good most of the time. It has a cool pixel art style, lots of colour and personality, and enough detail in the environments to keep you invested. It’s just let down by the tiny fonts.

Overall, Legend of Keepers is a decent dungeon manager with enjoyable if overly simple combat. It does nothing badly, but also does nothing much to stand out from the increasingly busy crowd of roguelikes.

Some good ideas
Can be humorous
Nice art style

Legend of Keepers is a decent dungeon manager with enjoyable if overly simple combat. It does nothing badly, but also does nothing in particular well enough to stand out.