Scoot Kaboom and the Tomb of Doom review 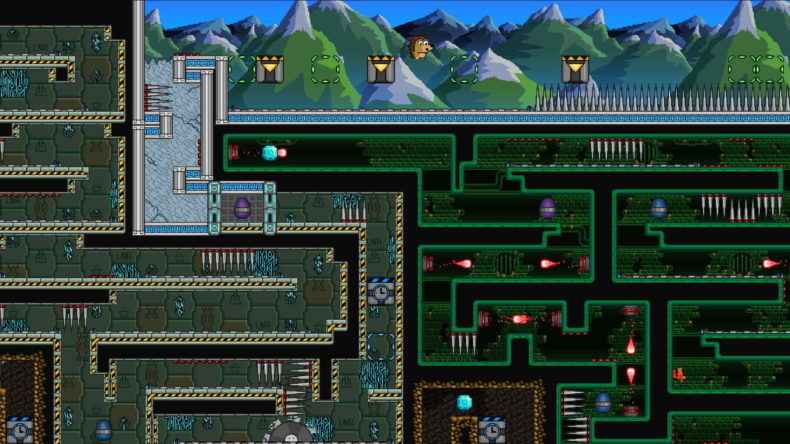 There are few things I enjoy more than a tricky 2d platformer. Ever since I beat 1-1 of Super Mario Bros at 2 years of age, I’ve been running and jumping my way through any platforming caper in my path. It’s the one genre of video game I can confidently say I’m good at. Which I suppose after 29 years of practice should be expected. Thankfully there are always plenty of new challenges releasing for me to jump into. Just like the fiendish Scoot Kaboom and the Tomb of Doom.

Our hero Scoot is happily wandering the forest one day, when he stumbles across a sign for free food. The fantastically named dinosaur can’t believe his luck, and immediately rushes over to grab a snack. As he goes running off for some lunch, the front falls off the food sign revealing a more sinister message – “Danger: Tomb of Doom!”. It’s up to you to help Scoot escape the titular tomb and get the grub he deserves.

There’s nothing complex about how you’ll get Scoot out of his predicament. The little dino can move and jump, and that’s all you need to make it past the trials ahead. The Tomb of Doom is split into different themed segments, each with their own traps and mechanics, and it’ll take all your skill to make it from checkpoint to checkpoint. 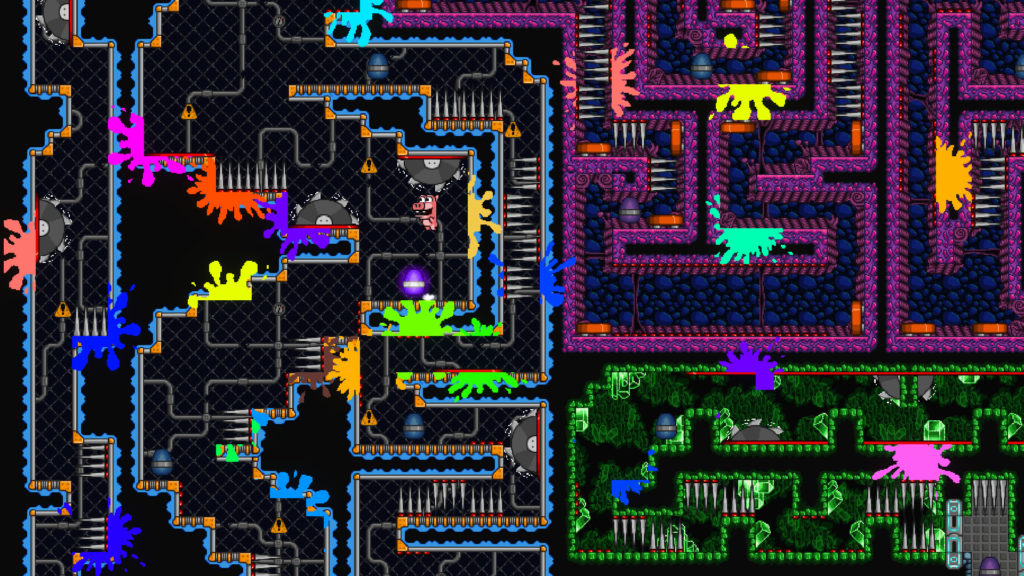 The unique selling point of Scoot Kaboom and the Tomb of Doom is that the game takes place entirely on one screen. With a press of the Y button the action will zoom out to reveal the full map, and I really liked getting to see how much of the treacherous maze I’d made it through at any given time.

Despite its simple gameplay, Scoot Kaboom and the Tomb of Doom is packed full of interesting traps to keep you on your toes. There are spikes that pop out of walls at regular intervals, deadly laser beams, and saw blades that will send you immediately packing to your last checkpoint if you’re not careful. 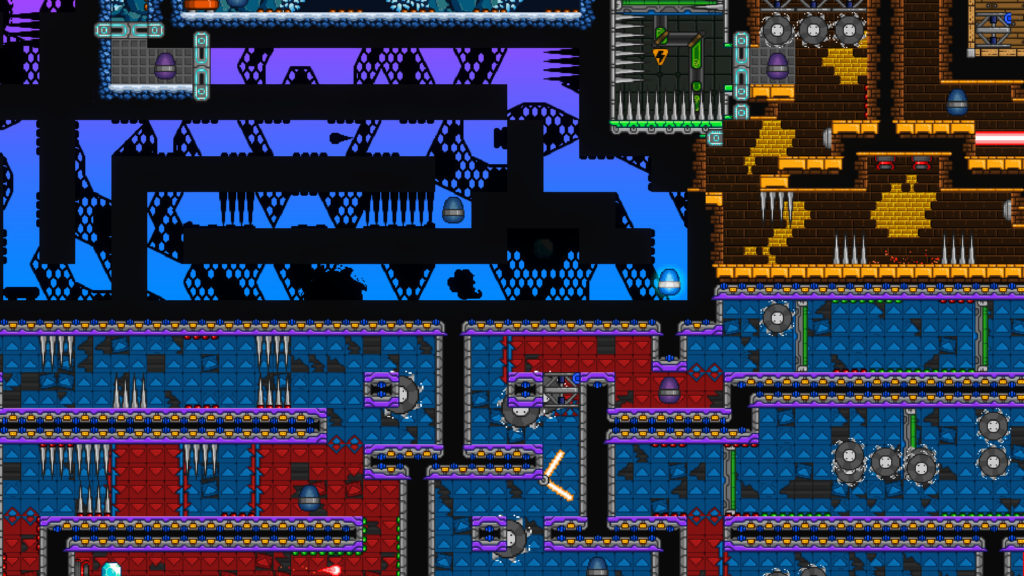 As you progress through the game, you’ll find a veritable who’s who of platforming mechanics. There are blocks that disappear and reappear, teleporting portals, and even coloured zones that change the direction of gravity. Each new themed area brings something new to the game, and my favourite of all of these was the section where you could only see silhouettes of what’s ahead.

Scoot Kaboom and the Tomb of Doom review: controls

Packing the game with interesting mechanics and tricky traps would be pointless if it didn’t control well. There’s nothing to worry about here though. Scoot has some of the most precise controls in the genre. It’s always hard to describe how good it feels when a game just nails perfect controls. But Scoot Kaboom and the Tomb of Doom manages to do just that.

When I first saw the gameplay of Tomb of Doom I thought it looked like more of a Masocore platformer, but the difficulty curve is actually very smooth. It’s undoubtedly a very challenging game, but for the most part this difficulty feels fair and slowly builds as you progress. There were a couple of tough sections that felt like they came out of nowhere. But with a bit of perseverance you can make it to the next checkpoint. 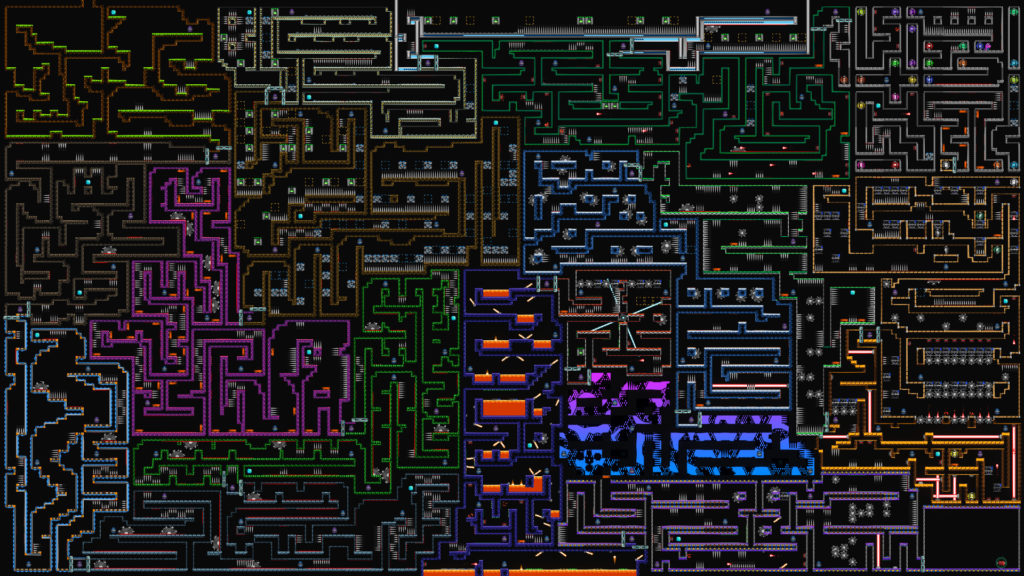 If you’re finding Scoot’s adventure too tough, there are a ton of in-game Mods you can activate to ensure the difficulty is more to your taste. If you just need a little help you can add more checkpoints or give yourself a double jump, but if you just want to get past an area you can just make yourself invincible. There’s even the option to change the speed of the traps and Scoot himself if you need more time to react.

Not the longest game

It took me around an hour to make my way to my snack based goal, but there’s still plenty to do once you’ve tasted success. Some new characters unlock if you find enough hidden gems or beat the game under a time limit. There’s also a bunch of extra game modes to play through after your first successful run. 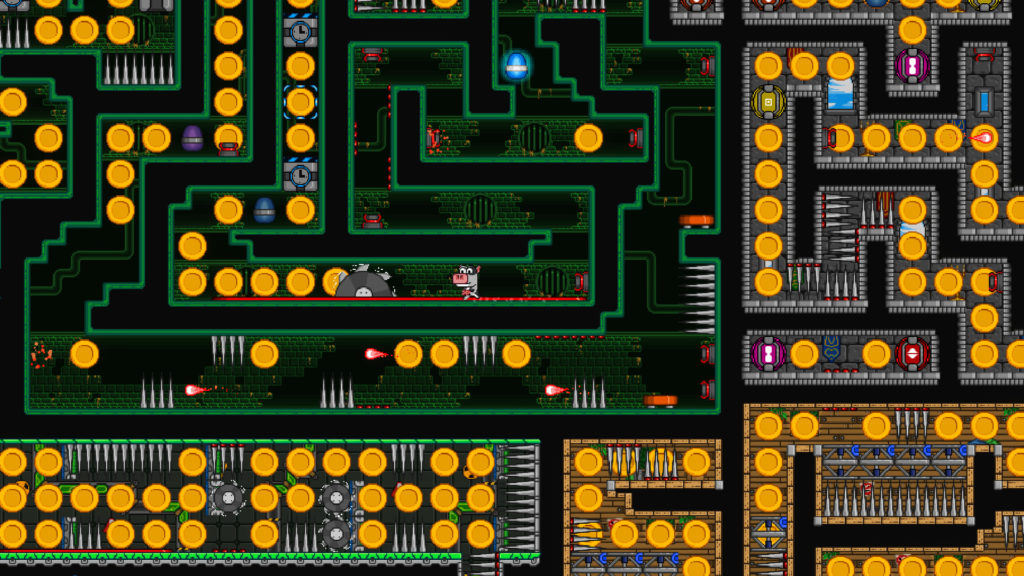 Each of these new modes is essentially a whole new playthrough, with a new gimmick each time. Some of these are simple, like Destruction mode where traps break on contact with you or Endurance mode where you get one life. Others completely change the game. Gold Rush requires you to collect every coin to progress, and Rocketeer expects you to do the whole game backwards with a jetpack to help. I actually ended up spending much more time in these bonus modes than I did the main game.

Scoot Kaboom and the Tomb of Doom is simply an exceptional platformer. Controlling Scoot feels amazing, and there’s never more than a couple of minutes until you’re greeted by a new mechanic. Although it won’t take you long to see everything the Tomb of Doom has to offer, this short adventure is undoubtedly one of the sweetest.

There are some occasional difficulty spikes

Scoot Kaboom and the Tomb of Doom is an exceptional platformer, with constant new mechanics, perfect controls and loads of interesting game modes

You may also like
Scoot Kaboom and the Tomb of DoomPCReviews