Monaco: What’s Yours is Mine Switch review | Switch re:port 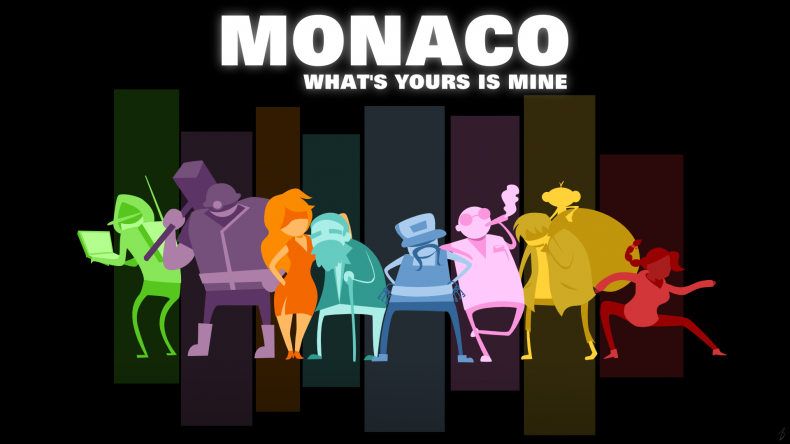 Switch Re:port covers the Nintendo Switch port/version of a game newly released on the platform. Originally released on Xbox 360 and PC in 2013. Currently has a Metacritic score of 81.

There was a short period of my childhood during which if you asked me what I wanted to be when I grew up, I’d have said “bank robber”. Later I upgraded that to “cat burglar”, then “master thief” and then I became a game critic, so, well, there’s that. But the reason I had such a leaning towards criminal proclivities as a youth was the good old-fashioned heist movie.

When done right, a heist movie doesn’t just make crime seem lucrative, it makes it look fun and slick as well. Perhaps luckily I lack the brain power, effortless cool and general George Clooney-ness to have pulled it off. Hence, y’know, game critic. But also luckily, there’s no shortage of games out there to let me live out my fantasies. One such is Monaco: What’s Yours is Mine, a top-down pixel art co-op affair that appeared on PC and console a little over five years ago. While not simmering with the same kind of envious coolness of Danny Ocean and his buddies, Monaco is still a wonderfully designed and enjoyable caper. It looks glorious, too, with bright colours against a dark backdrop that really pop on the Switch’s screen.

You take control of a handful of archetypal heist movie characters, all with different abilities. The “Cleaner”, for example, can knock out unsuspecting guards, the “Pickpocket” has a pet cat that can hoover up loot, and the “Lockpick” has a defter hand than the other classes. As you progress, you’ll unlock more to add to your gang and, while all missions are doable with every class, certain choices make certain jobs much easier.

But then if you’re playing Monaco alone you’re missing out on one of the most fun and original co-op experiences available. There’s scope for a lot of dynamic moments, as one of you distracts the guards and the others head off towards the various objectives, or it all goes wrong and you’re only option is to bust out the shotguns and go ham. It becomes incredibly frenetic when the alarms are wailing and the lights are flashing, and you see the little cones of light that indicate an approaching squad of guards. Sneaking won’t get you very far in this situation, but there are usually ways to dig yourself out of a hole.

Considering you’re performing such high-pressure skills under tension, controlling your characters couldn’t be easier, as you only need move in the direction of an item to interact with it, whether you’re hiding in a bush or grabbing a block of plastic explosives. The campaign is split into “origin stories” that show you how the gang came together, and the main jobs, multipart adventures that see you hacking cameras and computers, tunnelling into target buildings and hugging the shadows to make your escape. Mistakes can cost you dearly, but you’ll often be able to improvise your way out of a tough spot with a bit of luck.

Although the Switch version doesn’t add anything new to the game, Monaco is a great fit for the handheld, offering bursts of colourful, brain-taxing fun.

Can be very difficult
Light on explanation

Although the Switch version doesn’t add anything new to the game, Monaco is a great fit for the handheld, offering bursts of colourful, brain-taxing fun