previous
Chippy review
random
next
Bloodstained: Ritual of the Night review
1 like 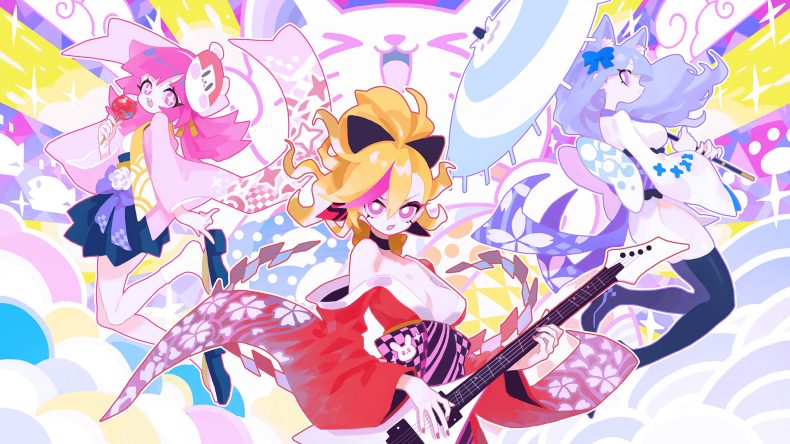 Rhythm action games have seen considerable changes over the years, from pressing buttons in time to playing guitars, DJ turntables, a Taiko Drum and slicing blocks in Beat Saber. It’s a genre full of excellent music, and it really helps you get into the tunes you’re playing along to. But as the genre has evolved and changed, if anything the ways to play have gotten more complex, as if that’s the way to draw you in. In fact, the thing that these admittedly excellent games have been lacking, is simplicity.

Muse Dash is looking to succeed in doing what other games have failed and that’s by making rhythm action simple: there’s no multitude of button layouts to remember or an assault of icons flying around; here you’re asked to press two buttons and yet in regards to the rhythm, nothing is lost. As enemies scroll from right to left across the screen, you’ll need to press either the right D-pad button or the X button, each one corresponding to either an enemy on the top row or the bottom – it couldn’t be simpler. These enemies are colour-coded, too, so blue enemies indicate the D-pad button to be pressed, while pink ones are for X. This means that when the game does mix things up by throwing a blue saw blade on the floor, it’s coloured blue to indicate to jump over it. Sequential hits fill up a combo counter and the higher your combo the more points you earn. Take a hit or miss an enemy and your combo resets to zero – it’s basic rhythm action stuff, but it’s in the simplicity of the controls that you get drawn in. Making it so that you’re not flummoxed by the button placements is a genius idea and really helps you to concentrate on hitting those beats. Even better is that you don’t need to use the buttons at all and can instead tap either the left or right side of the Switch’s touch screen, which, for me, is the better way to play.

Something else Muse Dash does exceedingly well is make easy mode accessible but still like it’s part of the music. There are enough notes to make it feel like you’re still playing along with the songs, but it’s still easy to miss a note if you get complacent. Now, now, I’m no heretic, hard or master is still where the real meat is, but it’s good to have an easy mode that doesn’t feel too easy or disconnected from the tune. That being said, the jump up to Hard is a doozy and the gap from hard to master is frankly just as big if not bigger. Clearing a song on master though is still attainable even to someone as completely disassociated from rhythmic ability as me (seriously, you should see me dance). There’s plenty of songs on offer here, and most of them are absolute bangers ranging from what could well be anime intros to a bit of funk, jazz and electro-pop. The same cannot be said for the backgrounds: the enemies you encounter are well drawn and charming enough, but there’s only four environments which are regularly repeated throughout the songs. Then there’s the fact that the level requirements for unlocking tracks are unevenly distributed: it starts off at one per level, then it’s one every two levels before progressing to one every five levels meaning that regular playthrough across all difficulties is necessary before you’ll unlock all of the music.

That doesn’t annoy me though, not really, not when the songs are as good as this, and when they’re as fun to play as this. Playing through many of these on easy had me champing at the bit to try them again on hard, because you just know those note placements are going to be fire and it’s all wrapped up in a colourful little package with three characters that are just great to look at, especially my personal favourite Buro, who rides around on a giant teddy bear. What does bother me though is the unnecessary ecchi costumes PeroPeroGames has put in. All three characters have at least one ‘sexy’ outfit, and it’s just so not needed. Rin has a bunny outfit, Buro a clown with a crop top exposing considerable underboob and Marija has a maid outfit and a succubus costume. All of these have some considerable jiggle physics applied as well. I’m no prude, hell, I’ve read my fair share of lewd manga amongst other things but I couldn’t help but be disappointed at this. My son loves rhythm action games, and he would have played the hell out of this, but I can’t have him seeing those costumes, so as a result he can’t play it; a significantly large player base is alienated because of the bizarre desire to include fap material for a small percentage of people. Rant over.

Muse Dash is still an exceptional game though; simple yet still incredibly tough and the correlation between music and enemies during the tracks has been done perfectly. If you can see your way past the seedy element then there’s a brilliant game here for you to enjoy. If you’ve ever wanted to try a rhythm action game then this would be an excellent place to start, it’s forgiving, easy to pick up and incredibly compelling to play.

Easy to pick up, hard to put down. Muse Dash is a brilliant slice of musical goodness.

Muse Dash coming to PC and Nintendo Switch in June