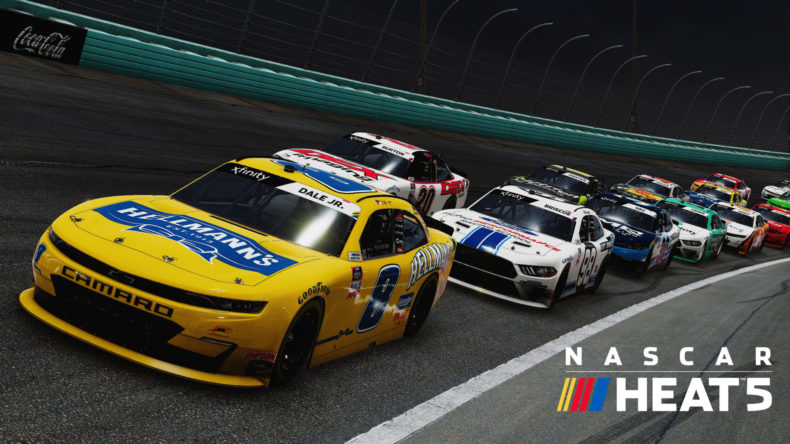 I have always had a soft spot for the NASCAR Heat series. When it returned with Heat Evolution, it was rough around the edges but there were hints of something good there. The following games dropped the “Evolution” part of the name and although there were no drastic changes, they continued to be decent racers and a fun representation of NASCAR motorsport.

Last year’s NASCAR Heat 4 took the series forward, finally making changes to the game engine, visuals and handling, all of which made for a more satisfying and playable racer.

Here we are, less than a year later, and NASCAR Heat 5 is here. It brings with it the same impressive Career mode and a new Testing mode, which allows you to tweak your setup ahead of time, for each track. If you played the last game, you’ll know exactly what to expect, there are no huge changes. 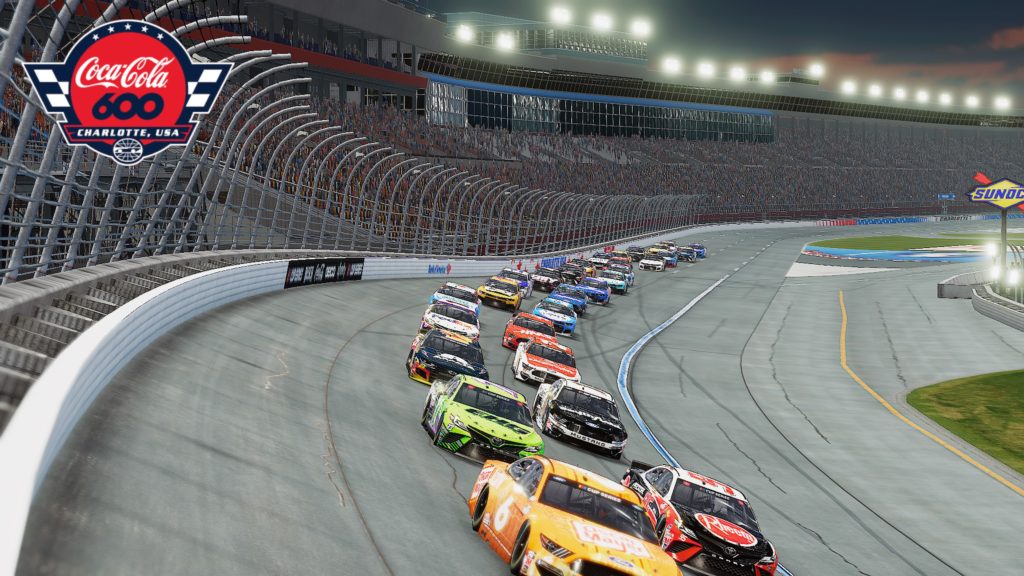 Actually, that’s not entirely true. Developer 704Games has tweaked the handling, even going so far as to make it incredibly customisable with several different driving aids, but there’s definitely a major catch: the more assisted the handling, the slower you drive. That’s nothing new, but it is incredibly pronounced here. In an age where accessibility is such a big talking point in the industry, punishing players so harshly for using assists isn’t acceptable.

However you set up your vehicle, it’s disappointing to report that the handling feels more than a little unresponsive, at times. I played with deadzone settings and sensitivity settings, but nothing got rid of the issues. It was really quite frustrating, especially after the series took such a big step forward last year, to discover that the series has taken a step backwards in Heat 5. 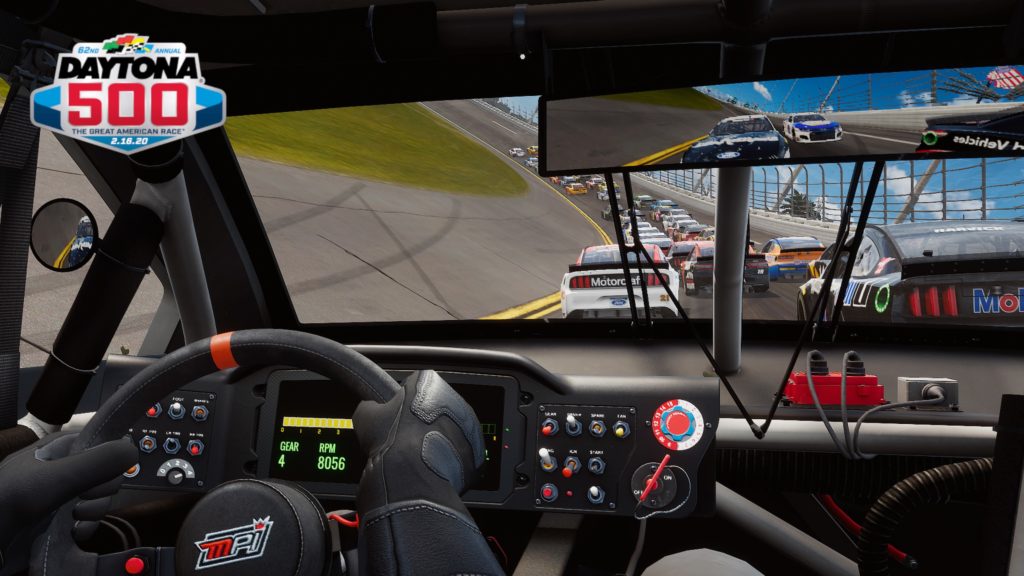 What makes it even more disappointing, is that races are actually great fun. I can only imagine how much better it would feel if I was completely in control of my vehicle. Regardless of where you start on the grid, the use of drafting is key to improving your position throughout each event. Going into the bends is always fraught with tension, with nearly forty cars leaning into the banked corners at once, all jockeying for position.

This tension is what would normally make the Career mode such an interesting prospect, as you work your way up the ranks. If you choose to start at the very bottom, sliding around on the speedway-like dirt tracks, the game eases you into things. If you start at the top level, especially with your own team, NASCAR Heat 5 is an incredibly punishing experience. I found my starting car to be about as competitive as a bicycle, falling behind really easily and struggling to finish anywhere beyond the bottom couple of places. I’m all for having to fight tooth and nail for every single position, but the early moments of NASCAR Heat 5’s Career mode is way too harsh, way too slow going. Irony is neat, huh? 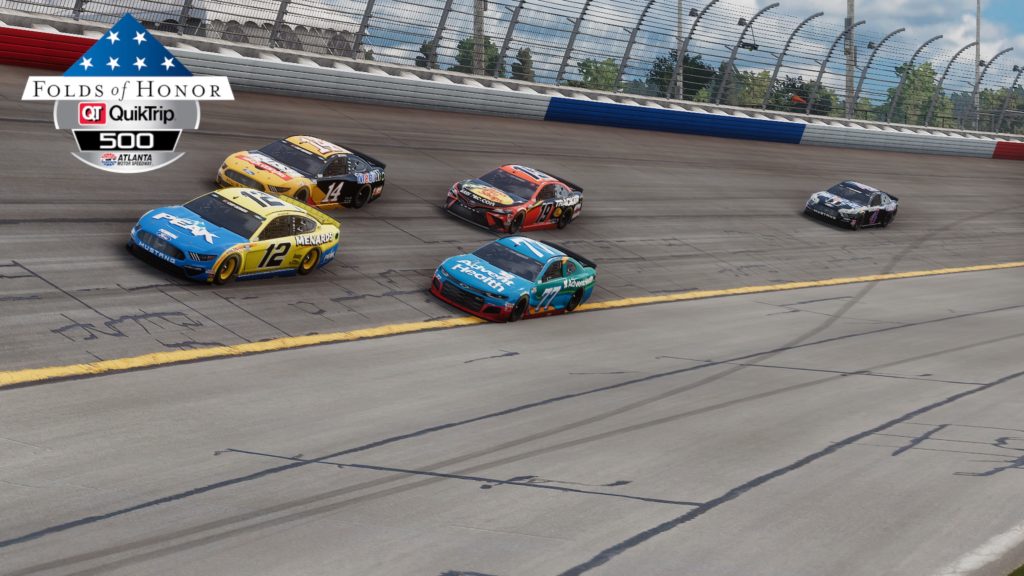 With patience, NASCAR Heat 5 can be a fun experience. It looks decent too, but will never trouble the likes of Gran Turismo, Forza or the F1 games, which makes it all the stranger that it struggles to run at a consistent framerate. Even on a PS4 Pro, using performance mode doesn’t result in a smooth framerate, it jumps around wildly in the 30-60fps area, never settling. It’s very puzzling.

However you play NASCAR Heat 5, you will find its races to be tense and rewarding. You will just have to be patient when it comes to its expansive Career mode and even finding the right handling setup for your tastes, choosing from the game’s huge array of customisation options. It’s just a shame that it still has performance issues and, even more disappointing, that the steering feels somewhat unresponsive at times. For every step it takes forward, NASCAR Heat 5 takes two steps back.

Framerate is very inconsistent, even in Performance mode
Handling can feel a bit unresponsive
Early Career mode feels too punishing

NASCAR Heat 5 is a step backward for the series, but still delivers some tense and rewarding racing.