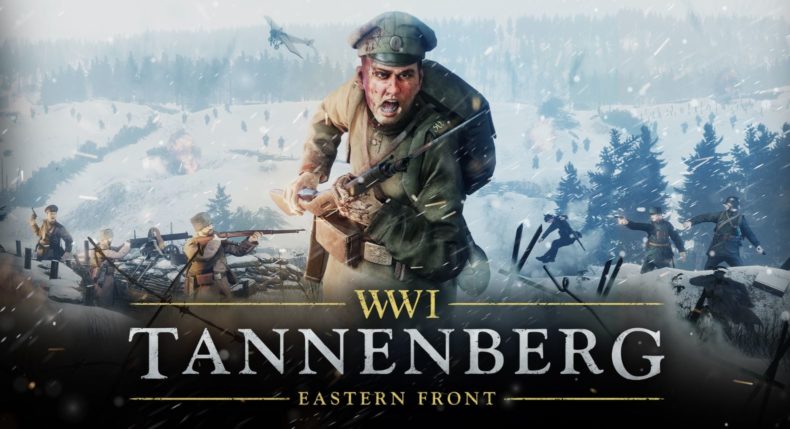 Tannenberg promises to be an authentic World War 1 shooter, accurately representing the conflict that took place on the Eastern Front between the German and Russian forces. Like its predecessor, Verdun, which focused on the conflict to the West, it is a squad-based multiplayer-only title. It’s claim to accuracy revolves around an attempt to recreate trench warfare, with slow, tactical play and authentic weaponry and uniforms. The reality though is a game with dated visuals and confusing systems targeted heavily at a very niche audience.

The first World War isn’t as represented in games as the second. The War to end all Wars was waged between colonial empires and nation states, many of which do not even exist any more. The world of 1914 was that of horses and steam and much of it has been removed from our collective consciousness, overtaken by the atrocities of the Nazi regime. In entertainment, the Nazis have been mined ad infinitum for material and have sprung countless games set in that time period. The Great War on the other hand has not had the same representation. Battlefield 1 and Valiant Hearts immediately spring to mind as recent releases, but other than Black Mill’s Verdun there isn’t much else there that I can recall.

Authenticity is the key to Tannenberg, and it takes its references very seriously with lots of information available to read through. There is impeccable detail regarding the various theatres of engagement, right through to the weaponry and their various unlockable attachments. The attention to detail is superb. The problem is that much of the conflict in World War 1 was carried out in various muddy ditches with weaponry that was incredibly slow to fire, or with close up melee weapons like swords and axes. A commitment to historical accuracy is all well and good, but when that entails being sniped from across a map by a pixel that you didn’t see when you poked your head up for a moment because all you have equipped is a pistol and a cavalry sword it becomes a bit of a problem. 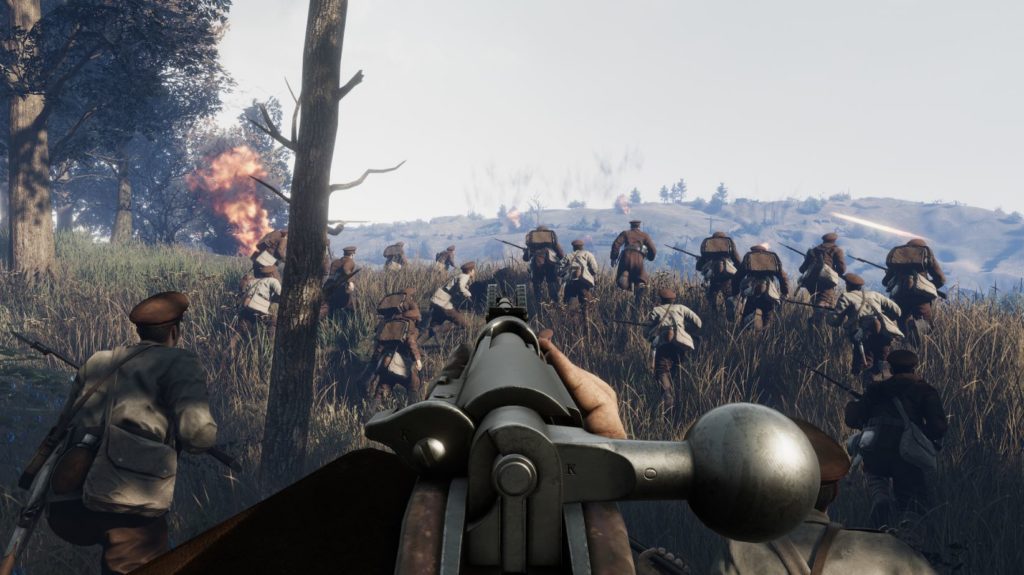 Tannenberg features a few ways you can play: Attrition which is a team deathmatch mode; a free-for-all mode called Rifle Deathmatch; and the flagship mode, “Maneuver”. This is by far the best mode of play, and features Bot support as well, which is fortunate because although the game is now live, the playlists are suffering from a very low player population. Rifle Deathmatch and Attrition are so sparsely populated at present it has been difficult to test either mode to any great extent, unfortunately.

Maneuver is about controlling points on a map and restricting the enemy teams reinforcements. If you have played the Conquest mode in Battlefield you will be more than familiar with what is required. The maps for Maneuver are huge with various areas that offer strategic advantages if you control them. Players join squads, which themselves represent different factions. Each faction has different bonuses featuring things like a slightly faster reload speed, or more stamina. The squads are split further by classes each representing familiar archetypes such as a gunner or grenadier, and the perks associated with those are in turn affected by the faction bonuses. This is important because everything you do on the battlefield will earn you XP. Depending on your Faction and class, shooting an enemy in friendly territory could net you more points than if you shoot one in an enemy controlled area. The XP you earn during the match provides you with level-ups that grant you short-term bonuses, and post-match can be used as a currency to unlock new weapons and attachments. The issue is that most of the weaponry, despite being authentic, is all largely the same, and by extension the different classes all feel too similar to each other to offer any meaningful differences in the way you play. 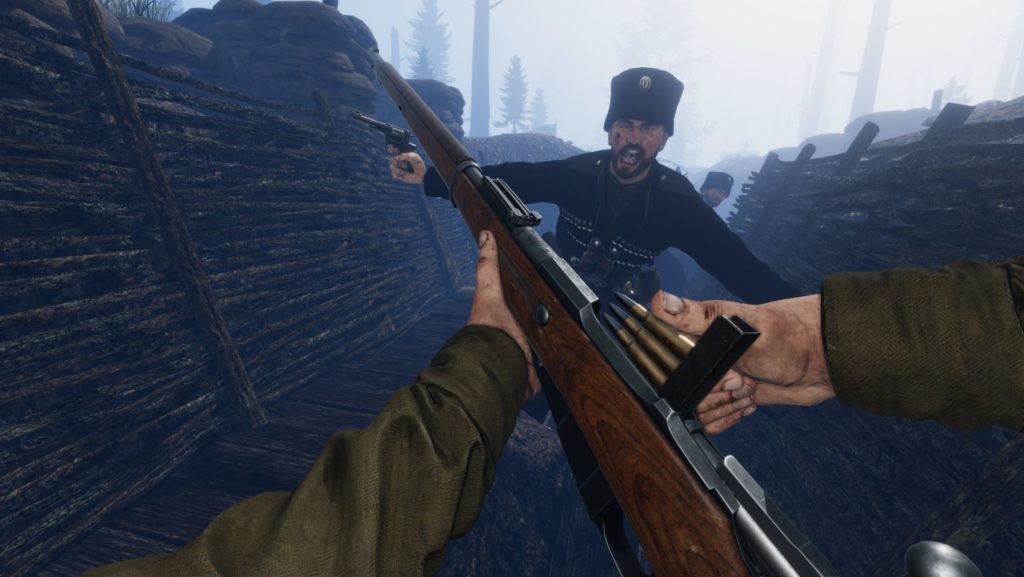 Visually, it looks dated, but that isn’t to say that it looks bad. The maps are substantial and feature lots of different locations. There are the open plains of Galicia, bombed out villages in Poland, and forests of the Carpathians. Furthermore, maps have different times of day and weather patterns that can mix things up a fair bit, with snow and fog reducing visibility quite considerably. There’s a high player count available for matches on console, and it does feature Bot back-fill. The Bots themselves perform strangely with them often funneling through one particular point or retreating for no good reason. Furthermore, the character animations look and feel stilted with death animations that appear to have your enemy crumple from your shot. Firing your weapon lacks weight, and there is no directional input to indicate where on the enormous maps you might be getting shot from, which can make for a frustrating experience.

It is evident that the team behind Tannenberg has a great deal of reverence for the source material. The attention to detail on the maps, uniforms, and weaponry is excellent. Maneuver is an exciting mode with lots of tension inducing moments as teams battle it out over strategic points, but it all feels a little sluggish and dated. There doesn’t feel like there is enough to differentiate between different classes, and as such a lot of the moment-to-moment action feels a little flat and dull. There is something here for players who like slower more strategic gun play, but there is no escaping the feeling that the dogged commitment to historical accuracy has carved out a very particular niche of player that the lower population count attests to.

Tannenberg offers an authentic World War 1 experience of the conflict waged on the Eastern Front. It features excellent attention to detail in the map design, character uniforms and weaponry, but the dogged commitment to historical accuracy means its appeal is limited to a very small niche of player.