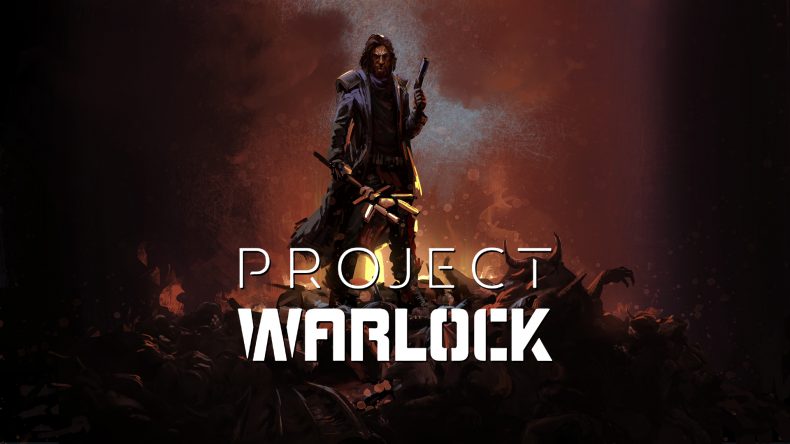 There are a lot of assumptions that Project Warlock makes of you. First, there is an assumption that you will be familiar with the games that it mimics so stylishly; games like DOOM, Wolfenstein, and Quake will immediately come to mind and are deeply rooted in every pixel. Second, it will assume that you are more than a little competent at shooting. Even on the lowest difficulty setting, Project Warlock is extremely challenging, perhaps even a little too much at the beginning. Some modern quality of life features and settings can, and do ease some of the early pain and make the experience a little more tolerable, but in the main you are just going to have to grit your teeth and get stuck in.

It is worth it though, Project Warlock is great. A fluid, fast-paced dance of shooting and strafing spread across five different worlds each with their own chapters and end of world boss encounter. Interspersed with each chapter is a workshop area where there are some RPG style elements for you to tinker with. You can spend experience points on traits such as more strength, spirit or carry capacity, whilst other collectibles in the levels can be used to upgrade your weapons or magic spells. You are a warlock after all, and magic does play a part in your fight. Not that I used it much on my playthrough. I was having too much fun with the various weapons I picked up, including a powerful shotgun that can one-shot most enemies, and a ridiculously effective, but slow to wield axe. Add to that I had enough on my plate getting to grips with the speed of the shooting, along with the complex looping maps to understand how best to use my magic as well. Furthermore, both the weapons and spells use the same upgrade currency, and particularly on my first playthrough I opted for the thing I am more familiar with. The Workshop operates as your base, from here you can launch the next mission, and it is only here that you can upgrade your traits and weapons. Each weapon has a standard mode, but also a variant that you can spend your points on, bringing the number of weapons to play with to a whopping thirty-eight different types. You won’t see them all on one play through though as the variants are a binary choice of one or the other, but the fact that there are so many provides plenty of opportunity for subsequent run throughs to find a set up you are most comfortable with.

On that, Project Warlock has the feel of a game where once you have mastered the basic elements of moving and enemy placements it opens up a variety of different ways to play, not least speed runs through the environments. Bosses will be the most obvious barriers to this as they represent the majority of the challenge with a mixture of three stage battles, devastating one shot kills and swarms of additional enemies designed to keep you busy. I have a love hate relationship with this kind of boss fight as death often feels a little unfair when it does occur. After fighting through swarms of enemies, navigating claustrophobic environments, meticulously learning the patterns of enemies so that your movement through the levels feels almost as scripted as the enemy placements themselves, the boss fights add an element of chaos and chance that sometimes feels at odds with what has come before. That’s not to say that the bosses feel insurmountable, far from it, but there is an element of chance that kind of takes away the feeling that once you have mastered an area you’re operating within the code, like a 16bit Keanu Reeves slowing time down to see the bullets tracing towards him. Speaking of 16bit graphics, visually Project Warlock is a delight with a chunky retro look. There are some modern flourishes though with some nice particle effects as well as a mixture of two and three dimensional objects and enemies that contribute to the visual styling. Each world has it’s own distinct visual style too with your pickup items reflecting the environment you are in. The pixelated style won’t appeal to everyone, but there is tonnes of detail packed into the stages, along with some cleverly hidden secrets that take some observation to seek out.

Game play is decidedly retro with health and mana regeneration linked to items found in the levels. Ammo is scarce as well, and as you progress you are better utilising the very effective melee weapons for the smaller enemies and leaving your ballistic weapons to the tougher ones. I have already mentioned the difficulty, but it is worth talking about it again. Project Warlock is unforgiving. For the first hour or so I was having a tough time making it past the first chapter. There are no indications you are taking damage, you just have to trust that your movement is being effective and hope an enemy drops some health for you to hoover up as you strafe around. Fortunately, there are some really useful customisation options for you to fiddle around with. As well as some welcome field of view options to tinker with you can also lock the Y axis, which provides some significant stability if you are using a controller, and when you are moving at such speed.

Project Warlock is a real delight. It is impeccably put together, looks fantastic and feels great to play. It is most definitely derivative of the games that have clearly inspired it, and while I think the difficulty level at the beginning could be dialled down a little I have very little to criticise about it. Fans of retro FPS games will not be disappointed.

Clunky radial menu
Difficulty a bit too high at the beginning

Project Warlock is a real delight; impeccably put together, looks fantastic, and feels great to play. Some niggles over high difficulty at the beginning and a clunky radial menu but retro fans will be delighted.