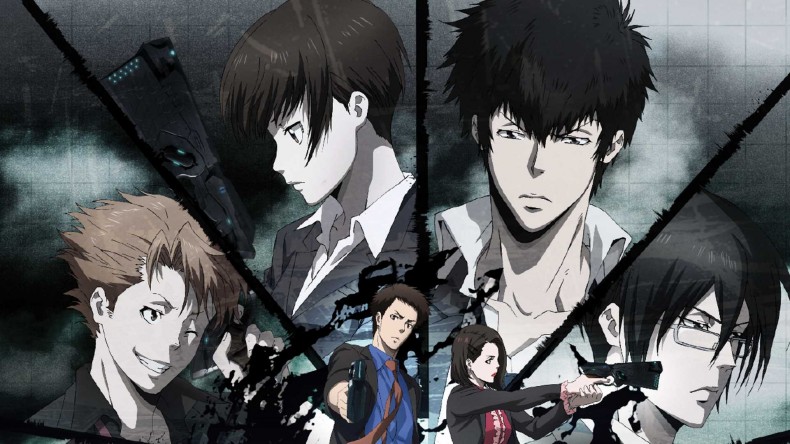 Visual novels fall into a strange realm of their own when it comes to ratings. While they are not expected to offer the player heart-stopping action (we have series like Dark Souls for that), they are expected to offer a level of intrigue and stimulation that will encourage you to play on to the conclusion. Psycho-Pass: Mandatory Happiness, while by no means a bad game, can sometimes get entrenched it its own technicality – leaving players confused and, most offensively, bored.

The world of Psycho-Pass will instantly appeal to sci-fi enthusiasts and anyone who enjoys dystopian settings such as those found in Orwell’s 1984 and Huxley’s Brave New World. Set in Tokyo in the year 2112, an all-knowing system known as Sibyl has become integrated into global interface and is able to subversively assess every living being on the planet. Sibyl is able to conduct scans of any given person, measuring variables such their mental wellbeing and the likelihood that they will commit a crime. Investigators are then able to put this information to good use – effectively preventing crime before the assailant is given a chance to carry it out. You take control of one of two characters: Inspector Nadeshiko Kugatachi or Enforcer Takuma Tsurugi. Kugatachi’s story begins with her waking up after an undisclosed incident – she is missing her memories and part of the plot involves her slowly discovering what happened to her. Tsurugi’s story, while featuring the same main events and cases as Kugatachi’s, focuses on him finding out what happened to his lover.

Psycho-Pass: Mandatory Happiness presents a cynical view of what the uncontrolled advancement of technology may lead to – a depressing prophecy perhaps, of what is to come in an age of unrestricted police powers and surveillance. This is one of its key strengths, as it puts forward a fascinating world that players will surely find curious at least.

The plot is entertaining for the most part, with narrative choices, in my experience, not greatly varying the direction of the story: they do however present a few interesting developments in the chosen character. Dialogue flows well but can slow down in places, making some conversations feel a bit aimless and stunting the pace of the game. Where it begins to veer into dangerous territory, however, is when it bombards you with a variety of technical terms – words which relate to the in-game universe that you’re expected to learn quickly. Fans of the anime will have a far easier time with this, most likely being well-versed in the lingo of Psycho-Pass and able to tell you within seconds what Crime Coefficient means. In an attempt to ease the strain, it does offer an in-game index of terms but the effectiveness of this is almost cancelled out when you actively have to hunt down the word you’re looking for in a list of hundreds. Even when an on-screen prompt informs you that a new definition has been added, it doesn’t automatically take you to it – a source of frustration throughout the entire game.

To its merit, the artistic style of Psycho-Pass is almost identical to that of the anime and the user interface works well to emphasise the futuristic setting, even if it is slightly unintuitive on the PlayStation 4’s DualShock. There is little animation however, making the scenes feel slightly static and lethargic at times.

As a newcomer to the world of Psycho-Pass, I found the technical prevalence occasionally hard to swallow, but I can almost guarantee that fans of the series will have a far easier time getting stuck into this mystery. Set in a wonderfully dystopian future, Mandatory Happiness boasts a fitting narrative and agreeable visuals, instantly recognisable from the anime, but is tripped up by its own technicality and struggles to adequately educate players about its expansive sci-fi world. It does not dazzle unfortunately, but is a fair adaptation of a well-received and highly regarded series.

While mostly appealing to fans of the original series, Psycho-Pass: Mandatory Happiness is able to present an immersive world and appealing narrative to newcomers - but come prepared to learn.