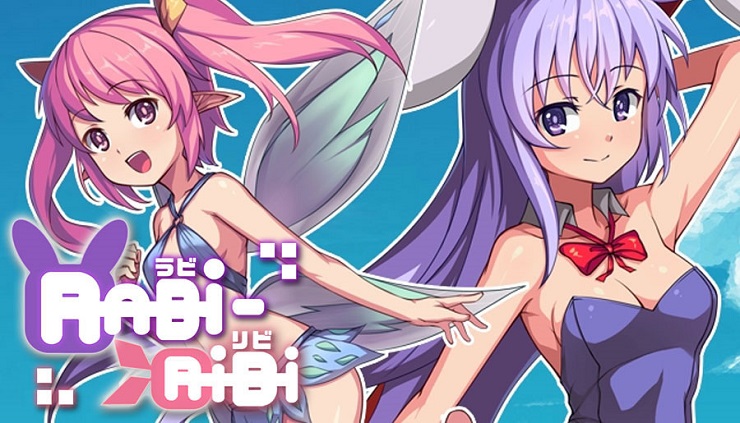 Indie games making a name for themselves on Steam and then releasing on consoles later on isn’t new at all. In fact most great indies have started on PC before jumping ship to consoles. Over the last year or so this has been happening a bit more and some of the smaller but games with a large cult following like ICEY finally released on PS4. Now, the metroidvania meets bullet hell game, Rabi-Rabi is finally hopping over to PlayStation 4 and PlayStation Vita thanks to PQube Games.

I’d heard a lot about this when it released on Steam in English from Sekai Project and was always intrigued. I decided to buy it and instantly fell in love with it. There’s no shortage of indie metroidvania games, but the way Rabi-Ribi combined bullet hell mechanics with this made it special. Replaying it on PlayStation 4 has been fantastic and there is little wrong here barring the art style which I love that might put off certain people. You start out playing as Erina, a rabbit, who lives in Rabi-Ribi town with her master. Erina wakes up and discovers that she is no longer a normal bunny but what looks like a cute playboy bunny only with real bunny ears. The search for your master begins here and you eventually meet Ribbon, a small fairy. With your powers combined, you have various ways to attack the plethora of enemies scattered all over the place. The aim initially is to get more people as helpers through exploration and boss battles.

Difficulty options are always great to make things more accessible or challenging if needed. Rabi-Ribi even has a mode which adjusts how boss battles play depending on items found which you can switch early on. Your aim is to keep exploring, finding helpers, fighting through superb boss battles full of bullet hell mania, and discovering secrets. The story as such is nothing special at all. In fact, aside from the premise it just feels tacked on. Thankfully mastering the combat systems is very satisfying. You will need to get the hang of knowing your SP limits while using Erina’s hammer initially, to utilising Ribbon’s abilities when the time is right through a barrage of bullet hell patterns and just boss movement in general. Controls are very responsive and it takes little to get comfortable and just have fun. There are some conveniences like save points scattered at a frequent basis and warp points. You will spend over 10 hours here as well so it isn’t a short game as is expected from a lot of smaller projects these days.

Visually there’s loads I love here, but a few annoyances. For one, the opening logos and title cards aren’t great looking. Even the publisher’s logo looks like it was cropped out of something else and pasted here. While exploring, there are loads of dialogue sequences where you see the amazing character portraits with text boxes. While the portraits are excellent, there’s a slight freeze or stutter while switching from in-game movement to these sequences. Other than that, the lush and varied locations are great and the sprite work is exceptional. Cave Story+ from Nicalis on the Switch has varied soundtrack options with the same score available in multiple styles. I mention that because the cheerful music which sounds pretty modern gels with the somewhat retro aesthetic here quite well, and it reminded me of whatever I’ve played of Cave Story+ quite a bit. The score here gets a lot better later on just like the challenge overall. One thing I would’ve loved is voice acting for all the dialogue.

I’ve seen loads dismiss this on Steam thanks to the art style and while I am a fan of it, looking beyond it will reward you with a tight and fun experience unlike almost anything else out there. The blend in genres worked out fantastic for Rabi-Ribi and I look forward to replaying this on Vita soon. Hopefully the few visual issues get fixed in a patch.

Rabi-Ribi is a brilliant blend of metroidvania and bullet hell with nice visuals and a catchy story and a great difficulty curve.

Rabi-Ribi is coming to Nintendo Switch

Rabi-Ribi releases on PS4 and Vita this September