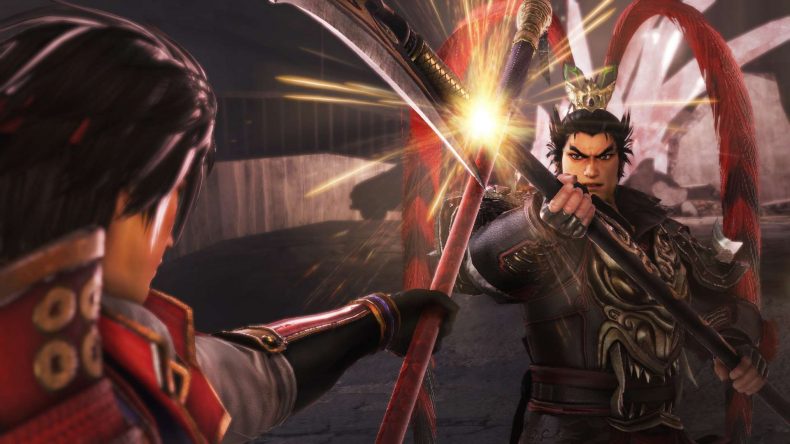 You have to admire Omega Force’s output, they doggedly adhere to their chosen genre, and their work in the world of musou is consistent. Their work for other publishers, creating musou titles based on IPs that aren’t theirs have been faithful to both their own design ethos and the IPs on which they’re based, thing is, it seems that this work has influenced them to try their arm with a musou amalgamation of their own, one that brings all their houses in together.

Warriors All-Stars is a game that looks to do for Omega Force’s own publishing house as to what they’ve done for Square-Enix with Dragon Quest Heroes and for Nintendo with Hyrule Warriors and the soon to appear Fire Emblem Warriors. Now there’s a space for all the characters you either know and love, or never gave two hoots about to join in in one space and have a good old scrap. It’s safe to say that fans will find much to spaff over, whereas people who don’t have a clue will be wondering who all these people are. Characters from the Atelier series, Dead or Alive, Deception, and even Irish Samurai William from Ni-oh appear alongside musou stalwarts in Omega Force’s musou to end all musous, well, until the next one at least. This one, as well as being 100% fan service also aims to woo in a base of furries, as the heroes are summoned to a world of half dog, half human bipeds who are locked in a sort of succession war while their world stands on the brink of ruin. These furry humanoids all stand around with barely any clothing on, which is more of a question than the story surrounding them all. Anyway, a ceremony has gone wrong, and all these heroes from all of Koei-Tecmo’s output find themselves having to slaughter a load of indentikit creatures in order to restore peace to the world. Peace through slaughter is a beautiful thing isn’t it?

Anyway, it’s safe to say that if you’ve played something from Omega Force then you’ll be very much at home here. Characters fall into swordsmen, firearms, and magic users, and they run around capturing strategic points and beating important enemies to win the day. That’s what happens. In my opinion Hyrule Warriors is the best of Omega Force’s output, and All-Stars here borrows from that with capturable bases. There are points throughout the map which if you infiltrate and murder a set number of enemies within, the base boss shows up, kill him and the base is yours, and an advantage on the battlefield is gained. It was one of the best parts of Hyrule Warriors and I’m glad to see it’s return here.

Being a musou-fan’s-musou Warriors All-Stars doesn’t skimp on things for the discerning player, in fact they’ve literally slathered the game in content, while still making it feel cheap. Animations and character renders look rough, menus are sparse; comic-like, but functional, but the game while not being feature rich is buried in mechanics, gimmicks and missions, which would be admirable if it didn’t all feel so similar. Once you’re past the initial few battles and taken to the map screen you will find yourself in awe of the wealth of missions to take on. Merchant caravans to defend, shrines to take, heroes to recruit, it all looks like so much to do. But while the end goals and rewards change up, the actual execution is identical each and every time. You might get the odd side mission but it never feels different, and even after you’ve slaughtered you nine-thousandth two footed muscular red fox you’ll grow weary of all the death and want something else to do.

The game does at least want you to have some variation in how you massacre people, square does a light attack while triangle does a heavy one, you’ll combo these together and as you level up more combos become available. You have a party of up to five people, and can perform combo routines with them by pressing R1 and then hitting the corresponding face button to have them jump in and perform a move. Then there’s bravery, which affects how much damage you or your enemies deal, which goes up should you kill an enemy who is also feeling brave, then there’s the Rush mode which brings down the disco lights, spawns a shed load of enemies and just lets you go to town without fear of repercussion. In fact, while rush mode is on, you’re invulnerable, and the more enemies you kill the longer it lasts for, and the better you perform the more of your team-mates that turn up within the UI to cheer you on and help you perform better. It looks naff, and it’s a great big IWIN button, but it’s terrifically silly and I like it.

There aren’t any weapons to equip, instead you gather materials and hero cards which can also be created and upgraded to improve your heroes along with the customary level ups from XP. And… well, it just gets exhausting, as there’s so much going on and it’s all introduced through static screens that you really don’t want to read. It’s alright having a load of different systems in your game, but make them fun to use, and more importantly learn. Static screens are the antithesis of fun, and in a game that wants to make you feel like a fast mobile killer they break the flow terribly. This leaves me in a hard place, as what Warriors All-Stars really is is Omega Force having fun with their series, layering it with silliness and fan-service, which is something that really speaks to me on a fundamental level. Yet, every victory, every reference, every wink and nod is let down by repetitive recorded dialogue, by wooden animation, by a mass of clone soldiers that stick out more as furry bait than they ever did as well armoured samurai.

That said, this is easily the most fun I’ve had with a musou game since Hyrule Warriors. It never really goes the extra mile like Link’s adventure did, but while the missteps grate, you can’t help but admire Omega Force for having a go, and a laugh, sometimes games can be a little too po-faced, it’s nice to find a game and a studio that tries not to take themselves too seriously at times, just, don’t expect this to be the game that gets you into the genre, if you didn’t like it before.

Not going to convert people to musou, but a nice, non-serious departure from the stewards of musou.