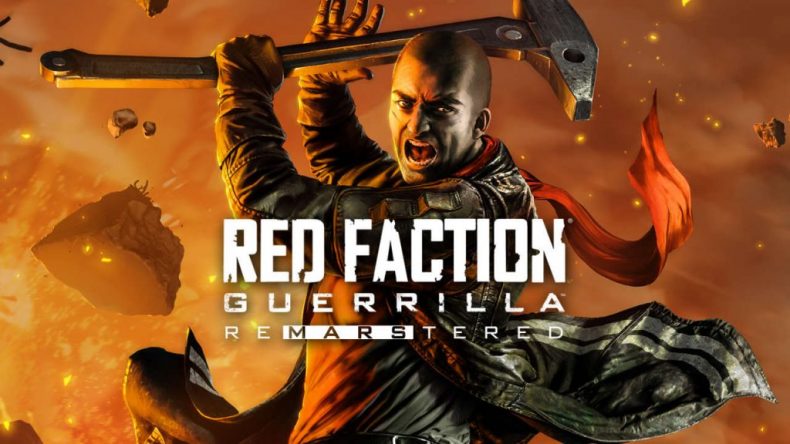 Red Faction is a series that has almost always been good fun. That first game on PS2 was astonishingly ahead of its time, its GeoMod technology providing destruction on a scale that just didn’t seem possible on that generation of consoles. When the series made its debut on the next generation, around halfway through the life of the PS3 and Xbox 360, Red Faction Guerrilla went all out on its Mars-based destruction, this time bringing an open world into the action. In fact, Volition’s game proved to be a little too much for my launch Xbox 360 to handle, effectively killing the poor thing. When I got a replacement console, I found myself unable to put Guerrilla down for weeks.

But how does it stack up in 2018? Does a fresh coat of paint and some extra horsepower bring the old girl roaring back to life? Okay, so that’s an awkward metaphor, but Red Faction Guerrilla Re-Mars-tered (yes, we all know how bad that is) does indeed benefit from some much improved textures and the extra grunt provided by the current generation of consoles. Played on a PS4 Pro at 4K resolution, it looks remarkably good even on High Performance mode, which has it running at a mostly solid 60fps even during some of the most hectic moments, with explosions tearing apart buildings and EDF troops pouring into the area, bullets flying in your direction. The same cannot be said of High Quality mode however; the level of extra detail is very impressive, but it comes at the cost of cutting roughly three quarters of the framerate. Strangely, even the main menu’s framerate is cut in half. Hopefully this will be optimised with an update, because as it stands, it’s simply unacceptable. Red Faction Guerrilla begins with you playing as Alec Mason, landing on Mars and having a brief family reunion with his brother. His brother isn’t exactly on friendly terms with the law however, as life on Mars is held firmly in the iron fist of the EDF, and so the “Red Faction” has emerged once more to stoke the fires of rebellion. It’s no spoiler to reveal that Alec’s brother is gunned down by the EDF (shocker, I know), leading to a one hundred and eighty degree turn by the “I’m not here to fight” Alec. It takes an impressively short time for our generic hero to begin blowing up half of Mars, but then nobody is expecting God of War levels of storytelling here; the plot is a basic tale of revenge and rebellion, only serving as a vehicle for the havoc the player will wreak upon the game world.

In the open world provided, which grows as you progress the story, you’ll find the map dotted with icons that represent simple destruction minigames; prisoner rescues; story missions and more. Some time-limited tasks will be given out over the radio periodically, that can improve the morale of the people and reduce the hold of the EDF in the area, but these are totally optional and you won’t be punished for ignoring them. Probably the best icons on the map are the destruction targets; these represent places of importance to the EDF and you are absolutely encouraged to go blow them to smithereens. In fact, it’s the first thing I like to do when entering any new area, heading directly to the blue target icons on the map. It’s not just a case of blowing everything up and going on your merry way though, as the EDF won’t sit idly by as you throw sticky bombs all over its prized buildings. And soldiers. Much like Volition’s GTA-inspired Saints Row series, Red Faction Guerrilla has a wanted-level system in place; if it’s green then everything is fine, but as it turns yellow, amber and eventually red through all the chaos you create, more and more EDF goons will come tearing through the area to murder you. This is where you’ll see the game at its best, with totally dynamic and unscripted action scenes that can rival anything Hollywood’s finest could come up with. Chases are particularly spectacular, especially as the enemy upgrades its firepower the further into the game you get. With the uneven and unpredictable terrain of Mars, vehicles fly all over the place at high speed, and if you don’t feel cool driving a truck through walls, then I don’t think we can be friends. In many ways, this level of freedom is reminiscent of what The Legend of Zelda: Breath of the Wild eventually perfected, only Red Faction didn’t care much for the sanctity of walls.

It’s not always this fun, I’m afraid to say. Alec isn’t exactly the easiest to control sometimes, especially when navigating through the remains of a building; he gets stuck on everything and the sluggish, awkward movement is suddenly magnified tenfold. Aiming weapons is also a little tough, because the sensitivity always seems to feel too high, even at low settings. I was constantly trying to readjust my aim, only for the reticle to pass by my target, requiring several more nudges of the right stick to correct, by which time Alec had already been turned into a human sieve. This makes it almost impossible when testing out High Quality mode, with the framerate so low. Remember all those icons on the map? Well, aside from a few decent story missions and the destruction targets, you’ll find that Red Faction Guerrilla Re-Mars-tered can become really quite repetitive. You’ll rescue some prisoners, drive them to your safehouse; you’ll blow up a building with limited resources in timed minigames; you’ll drive a vehicle from one place to another, or follow one to an enemy camp; or you’ll just be blowing up stuff. I mean, it’s always got something for you to do, including gathering scrap from everything you destroy, in order to upgrade your armoury; it’s just that everything kind of boils down to doing variations on the same few objectives, which can grow tiring after a while. Perhaps this is a small complaint, but it’s still valid and a few people will certainly be put off by this level or repetition, no matter how fun the core gameplay mechanics are.

The thing is though, Red Faction Guerrilla is still a very good game. If you missed it back in 2009, you could do a lot worse than picking it up now. You’ll get hours of bang for your buck, and I can almost guarantee that you’ll still be impressed by the GeoMod 2.0 technology. If nothing else, it renews my hope for a new open world Red Faction game in the future. So, as the saying goes: “get your ass to Mars!”

Destruction mechanics are still excellent
Feels like an action movie at times
Looks excellent, especially for a nine-year-old game

Despite being nine years old, this remaster makes Red Faction Guerrilla look almost new. With its fantastic GeoMod 2.0 engine, the mayhem and destruction hasn’t lost any of its appeal, though its PS4 Pro “high quality” mode is in dire need of optimisation.