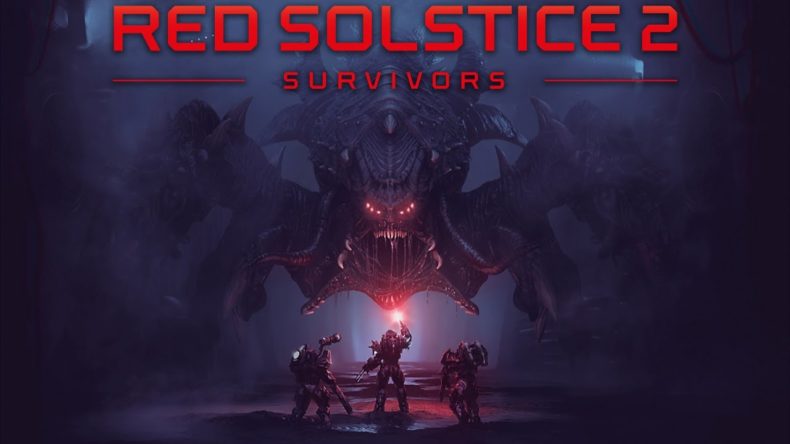 Red Solstice 2: Survivors takes place in the distant future. Humanity has left Earth to colonise Mars, but a virulent mutagen called STROL has taken hold of the Red Planet and transformed many organisms into huge, bloodthirsty mutants. As an Executor of “Cell”, it’s your job to lead a team of heavily-armoured heroes and liberate Mars from the grip of the mutants.

One thing I’ll give Red Solstice 2 is that it makes a great first impression. I was immediately hooked on the opening tutorial mission, which felt like a desperate crawl through a mutant-infested facility. Emergency light casts eerie shadows on mutilated remains, shredded bulkheads, sparking machinery. Isolated fires and whirring warning beacons lead you through a living nightmare. Your goal here is to unite with the rest of the team and detonate an orbital weapon.

You fight your way through scattered pockets of resistance, and rendezvous with three others. Each of you has a unique class, a unique look, and a voiced personality. As you band together to complete the do-or-die mission, you’ll be easily swept along. Sadly, though, it doesn’t last. The first campaign mission sees you embarking alone, seeking out named survivors who don’t actually join your party. Instead, your squad consists of three randomly-generated soldiers with names like Bob, Carl, and Eduard. Characters you locate and save don’t join you like in XCOM, they just become disembodied NPC voices on the radio. 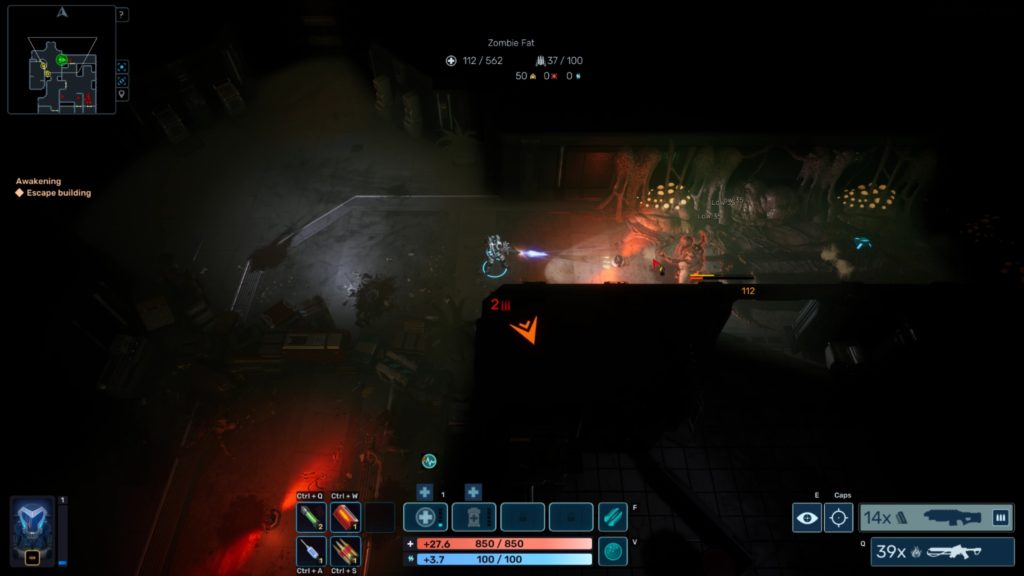 There’s a lot of XCOM in the DNA here, though. Red Solstice 2 is a combination of XCOM’s world progression and something almost like a twin-stick shooter. Although, it’s not quite either of those things. Basic combat can be as automated as you like. Hitting E, for example, activates Overwatch mode, and your Executor will shoot any mutant that comes into range, even while you’re walking around. You can hit CAPS to toggle free aim, or hold SHIFT to achieve the same result. You have various skills assigned to hotkeys, and can switch to a more powerful secondary weapon with a tap of Q. Mowing down wave after wave of mutants is mostly hugely satisfying. However, there are moments when Red Solstice 2: Survivors excels in frustration.

For a start, if you’re playing alone, the AI isn’t great. While I relied on my Executor’s pathfinding more than once due to poor signposting, your squad-mates often get lost. Once separated, stragglers will eventually be overwhelmed and killed. Surprisingly, though, death isn’t permanent, and even failing a mission doesn’t heavily penalise you. 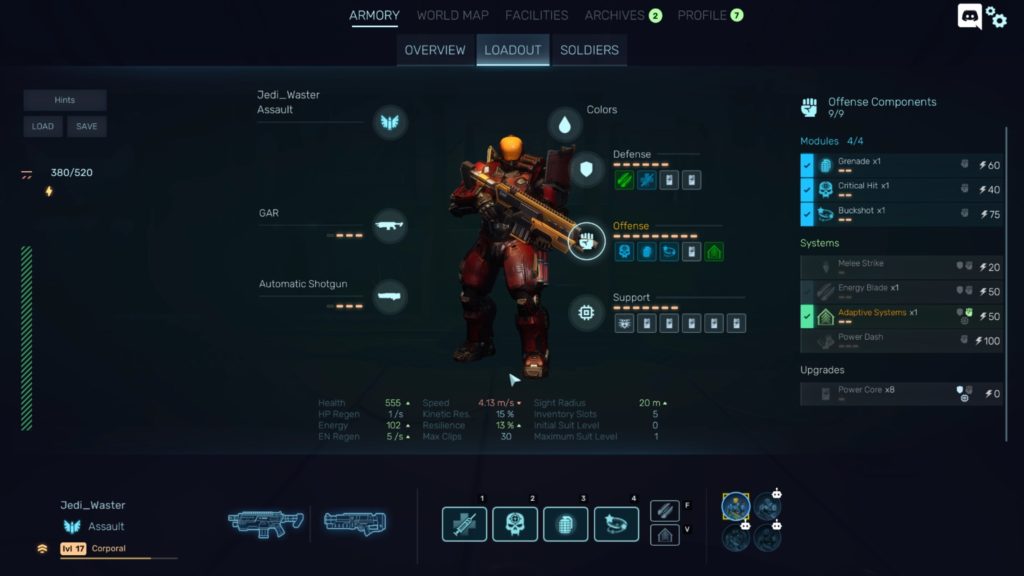 As in XCOM, time only progresses when you’re scanning the world map or travelling to a mission. You assign research projects that take several days, and play the game to advance time. Soldiers you lost don’t even have to recover. You just launch the next procedurally generated mission and keep going. The world map itself is okay, but be prepared to travel to and fro a lot. You’ll waste a ton of time flitting between mission points because you can’t simply mouse over a tag to see the details. You have to travel to each mission just to review it. At certain points you’ll have four or more on the map, so I hope your memory is up to it.

The missions themselves unfold according to several parameters that you can set. You can adjust the timer that summons a horde of mutants, for example, or adjust side mission frequency. The longer you spend in a mission, the more chance you have of being eventually overrun. Hitting every side mission can be extremely risky, though often it’s worth it. There isn’t a great deal of mission variety, and some are way simpler than others. For example, missions where you collect supplies are hard. There’s so much empty space to trek across in each mission, and objective placement is random. This means you can often backtrack a lot, wasting time between you and the horde. And once the horde comes, it’s never-ending, and sooner or later the AI will do something stupid. Once you start losing soldiers, it’s a matter of time before you’re finished.

You have special abilities, of course, and items you can pick up like explosives, extra grenades, and stimulants. Turrets and shields are also available, but take a ridiculously long time to erect. If you can use them before you trigger a horde they’re worth it. Missions where you escort VIPs are the easiest, as you essentially have an extra couple of gunners and simple, easy-to-reach objectives.

If you tire of headless-chicken AI, you can always enlist friends and randoms. There’s a drop-in, drop-out multiplayer that replaces your AI squad with players. Alternatively, you can enter Skirmish mode on dedicated servers. Playing alongside people is way better, for many reasons. For one, they can use the same kind of abilities as you, and will use cover and strategy to survive. If your backs are against a wall, a human player won’t suddenly decide to run off and get murdered either. 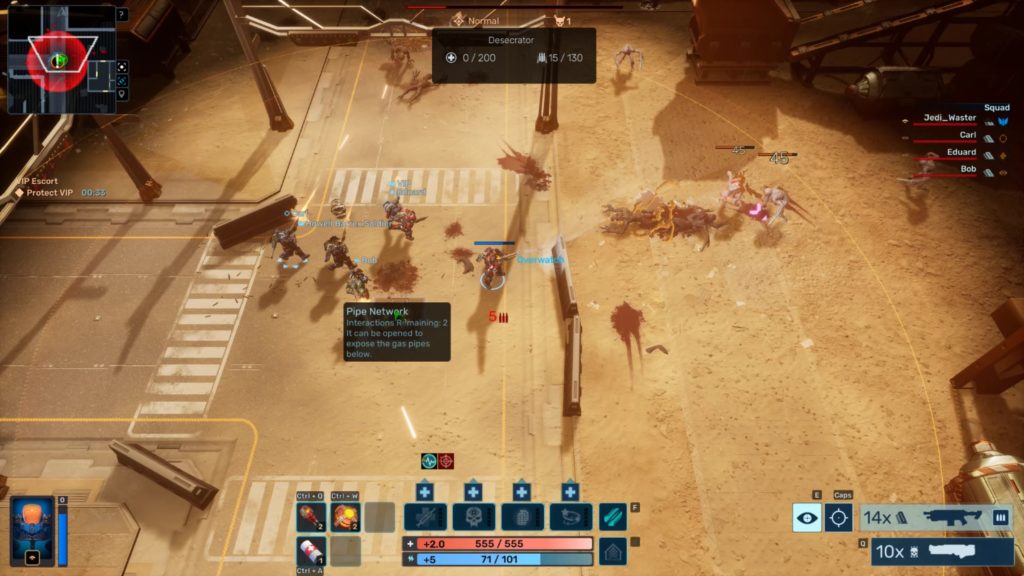 No matter how you play the campaign, you have limited time before the STROL infestation consumes Mars. Choosing the right missions and completing them will reduce that percentage. There’s a very, very XCOM-esque faceless overseer guiding you. He even says something along the lines of “We’re always watching you”, which felt a little on-the-nose to me. That said, there’s more humour here, with plenty of jokes and weirdly out-of-place regional accents.

There’s also a metric fuck-ton of different enemy types, to the point that there’s maybe too many. They all do more or less the same, which is storm you. They do encourage you to use everything in your arsenal, though. Some walls can be demolished for shortcuts or access, while environmental hazards can help you out. You can use stairs as choke-points, stack your backs against walls, and lay mines and traps. The missions that allow prep time are great fun, and feel like they should be primary type. 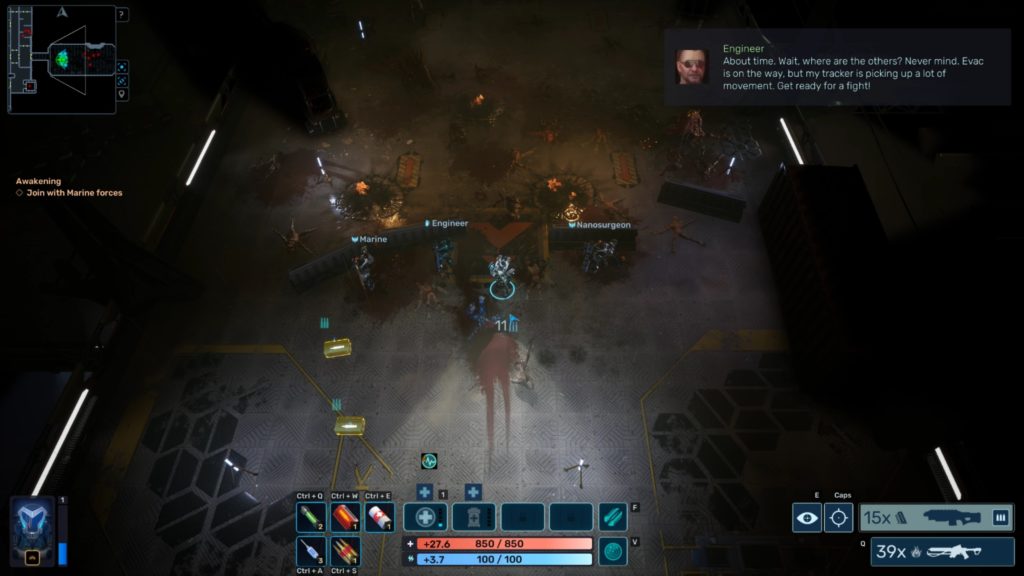 While you can customise armour colours and tweak your Executor’s class, there’s not much in the way of customisation. A large ability tree lets you spend XP to upgrade your talents, but there’s little diversity. Thankfully the world itself looks quite pretty considering the setting. There are times when it goes a little too quiet and you’re trudging down featureless highways, which isn’t fun. Usually, though, you’ll be too busy blasting.

Red Solstice 2: Survivors is a decent game that sadly squanders some its potential. It doesn’t feel tactical enough to really tax the mind, and the base-development portion lacks some of the nuances of the genre leaders. It’s amusing at times, and remains fun even when it’s going wrong, but the experience is an inconsistent one. This is thanks to iffy AI, spiking difficulty, and a feeling of disconnect between player and game. It’s a good game with friends, but alone, Red Solstice 2: Survivors doesn’t quite hit the mark.

Red Solstice 2: Survivors is a decent game hindered by iffy AI, spiking difficulty, and a feeling of disconnect between player and game.