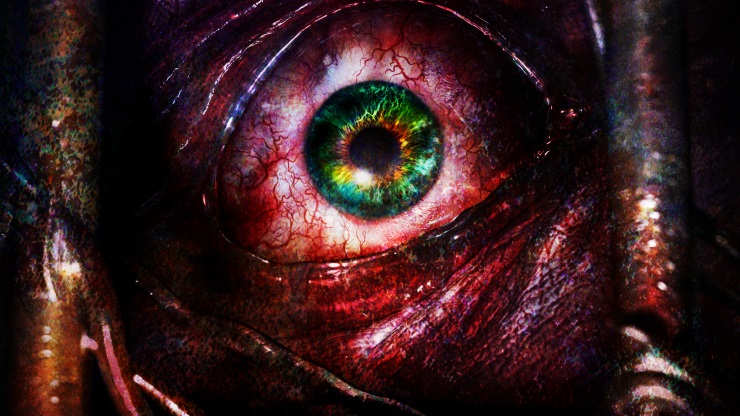 When we left our fearsome foursome back in episode one, Capcom had dropped a story bomb on us and cut to black: Next Time on Revelations. Episode two picks up the gameplay and runs with it, at the expense of story exposition. In terms of gameplay, it’s all killer no filler. There’s more action here than in the debut episode, but impressively, there’s also that self-awareness that impressed so much, too.

I wouldn’t dream of spoiling it, but there’s a set piece in Claire’s chapter that feels like a massive nod to Resident Evil 4. Again, as a long-time fan of the series, it made me laugh, as I pondered if it was indeed about to happen, and then, they deliver. It would be almost ugly, if it weren’t so much fun. As you keep grabbing the headshots and killing the mutants (I don’t know what we’re calling them yet, but they aren’t zombies), there’s a sense of fluidity and urgency to the gunplay that really scratches an itch.

New characters are introduced (because you’re not as alone on the island as you thought you were), and although the story doesn’t progress as much as it did in episode one, there is definitely a clear goal revealed, even if there aren’t too many blanks filled in. In fact, further questions arise as the “wow” moment is saved for the very last scene. There are clues throughout episode two as to what’s going on, but they’re either incredibly blatant about it, or there’s a larger narrative hiding. At this stage, it’s tricky to know for certain, though the Kafka quotes certainly suggest strong themes. Episode two seems to throw a lot more at you – more enemies, but also more weaponry. It’s to be expected, of course, but I found myself having to share the gear out a lot more than previously, so the handy co-op item management system works well. It also introduces proper boss battles, and while not on the scale of an El Gigante, it forces you to change up your tactics a little, and a few of them left me rather panicked.

While Claire’s chapter is incredibly action-focused, Barry’s is a little more stealth-based. That’s not to say you have to play that way, but Natalia’s ability to see enemies coming, coupled with the nature of this particular chapter and episode, meant that I spent far more of my time playing as her than I did in the opening salvo. New enemies are introduced, and while I won’t reveal their exact nature, there’s definitely the chance that if they are prevalent throughout the next episodes, and they could become a frustrating annoyance.

Something that is already wearing thin, however, is the retracing of steps. Like in “Penal Colony” (episode one), once you’ve visited an area as Claire in the opening chapter, the closing chapter sees you play as Barry and follow her lead. I said in my review that it’s a trick they could only really get away with once, and I stand by that. The impact of doing this initially felt interesting – revisiting the devastation of her adventure worked. But now, playing as Claire you’ll see a small hole and already know that Natalia will be able to use that when you come through there a second time in the next chapter. Story-wise, it makes sense, but it also feels a little lazy. If the next two episodes continue to go that route, it’s going to be a real shame. And that’s before I mention the fact that there are more outdoor environments in this episode, where some of the low-res textures really take the shine off things.

Interestingly, Capcom do appear to understand the episodic gaming structure. Like the first episode, this one leaves you wanting more. Many developers have attempted to do it, but delivering a new episode each week and keeping you wanting more at the end is something few have failed to actually fully achieve. Combine new Raid content with a few new weapons, tools and toys each episode, and it might just be enough to keep it fresh until the end. If they can manage to vary the environments more, then the full package could be something truly great. For now, though, this is a good second episode, that falls slightly short of the excellent opening.

Story doesn't move on much until the end.
Some rough textures.
Environment repetition.

Revelations 2 continues at a rate of knots, upping the action in favour or slowing the actual story exposition a little.