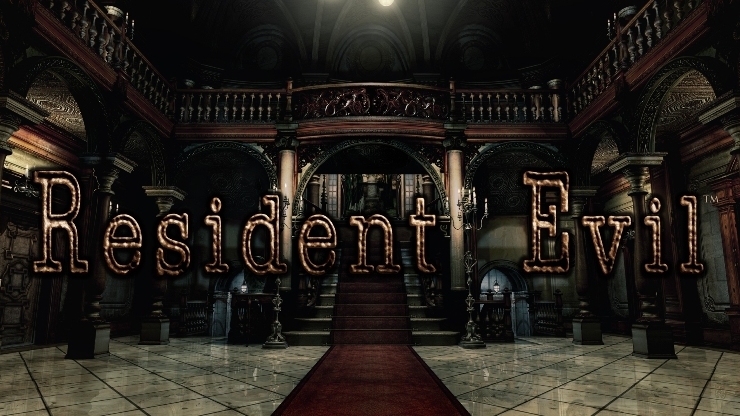 Resident Evil is the undisputed granddaddy of survival horror. It may not have been the first game in the genre, or the most realistic, but it was the title that really captured the imagination of so many gamers and laid down most of the foundations that shaped all the other releases that followed in its wake. That isn’t to say that Resident Evil was perfect by any means. In fact, it had its fair share of issues and idiosyncrasies that make playing that original version today a pretty painful experience.

It is lucky then, that when Capcom decided to re-master Resident Evil in high definition, they chose to base this on the 2002 Gamecube release, which had already improved on the original in many ways. Whereas the 1996 version arrived just when 3D games were first becoming en vogue (and as such have now dated horribly), the Gamecube edition delivered beautifully rendered new character models, hand-drawn backgrounds and much more atmospheric and moody environmental effects that set the tone more effectively than bright, blocky polygons ever did. Of course, for the new high definition release, these visuals have been improved even further. Each hand-drawn background has been meticulously edited and upscaled to try and get as much graphical fidelity out of them as possible, and new, more effective lighting and weather effects have been applied to the images. These actually add to the atmosphere and deepen the sense of terror further, as opposed to the relatively flat originals. Of course, the team were working with twelve year-old art assets, so at times some of these images don’t look as crisp as one might be accustomed to in modern games, but they still show a marked improvement over the 2002 visuals.

One of the main challenges for the design team was transforming the old standard aspect ratio backgrounds into widescreen, to suit modern televisions. This has actually been done seamlessly through a clever use of cropping and pan & scan – whereby the view of each room is slightly zoomed in and will move as the character passes through the environment. This sounds like it may diminish the effect of the backgrounds, or make the title feel different, but it is pretty negligible and you will soon forget about the change. Even if you decide that it isn’t your cup of tea, you can quickly revert back to 4:3 format on the fly whenever you wish. The game sounds a lot better too, with remastered audio throughout – it is just sad that the ultra-cheesy original voice acting was replaced in the 2002 releease. This voice work is not only less humorous than that recorded in 1996, but the acting remains fairly wooden despite the higher production values that were present for the first remake. Character models have also been re-worked and had higher quality textures applied, which works well enough, unless you decide to play the game using the new Resident Evil 5 BSAA outfits for Chris or Jill – which are clearly higher-quality than the regular upgraded costumes, and can look slightly jarring when stood alongside other character models. Some of the character animations are also still not perfect, and apparently left unchanged, but these are fairly minor issues, and there is a sharp graphical improvement on offer.

The Resident Evil Remake in 2002 also added in new areas of the mansion to explore, new boss battles – such as a Shark encounter – and Crimson Heads: Zombies who you failed to decapitate first time around who are now much faster, angrier and more deadly. The changes made the game arguably more difficult and definitely a more lengthy experience, providing new content even for hardcore fans of the series. These changes are, of course, all in the new Remaster too, but it does seem a little sad that there haven’t been any further content additions that weren’t already present in the Gamecube release. Some new modes or rooms to explore would have added more incentive for returning fans to play through a game they have probably already completed multiple times. Other gameplay changes such as 180 degree quick turns and defensive weapons helped alter the way the game was played, but the biggest gripe of many player has always been the awkward tank controls. Thankfully for many players, the new remastered version has not only included the traditional tank control method for longtime fans, but a default alternate control scheme whereby the player has full 360 degree movement using their analogue stick. This will be much easier for most gamers to pick up and play than the slow and clunky original controls which the series became so famous for.

It should be stated, though, that the modern control method does nothing to take away from the feeling of tension and helplessness that the tank controls helped to re-reinforce, it simply allows players to pick their preference. Being able to quickly switch between the two also means that you can pick the best control method for different situations, as whilst the alternate scheme allows for more speed, the original controls let you back-step and also to aim with a little more accuracy – so still maintain their own benefits. I think the best complement that could be paid to the new Resident Evil Remastered version is that fans of the series will be instantly comfortable with the game. It makes no major departures from the game it seeks to update, but those that it has made are executed very well. The game has never looked better – despite perhaps not being the perfect HD makeover in every imaginable way – and the new control system will break down one of the biggest obstacles that always stood in the way of those players who were uninitiated in the ways of the series. There is no longer any reasonable excuse why any gamer worth their salt should not play this landmark title.

The best version yet of an all-time classic. It's just a shame that more new content could not have been included.