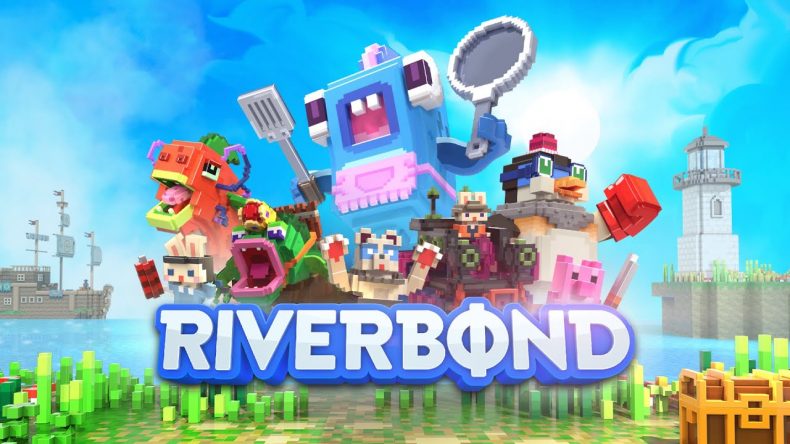 Switch Re:port covers the Nintendo Switch port/version of a game newly released on the platform. Riverbond was originally released on PlayStation 4, Xbox One and PC earlier this year and scored 7.5/10.

Imagine if you took Diablo, utterly hollowed it out, and then filled it up with actual rainbows, before taking away all its swords and replacing them with giant lollipops, oversized slappy-hands, and more chickens than you can shake a chicken at. I imagine it would look something like Riverbond, the cutesy little voxel dungeon crawler from Cococucumber. OK, so the Diablo comparison is a lazy reach, but it’s the easiest way to get you where I want you, which is imagining the most basic and simple version of that genre you can manage, but with added twee. Which is not a derogatory description. In fact, Riverbond knows exactly who it’s aimed at, which is kids. Kids who play games with other kids and occasionally hook their parents in for a razz on the old Switch.

Originally released earlier in the year on the other consoles and PC, Riverbond is an isometric adventure game with a beautiful pixel style that sees you travelling through eight biomes, each chopped up into bite-sized levels culminating in a boss fight. Each level is a compact little slice of fun, requiring you to complete a standard-fare quest to proceed. Sometimes you’ll need to collect a certain number of something, or find a key, or defeat a certain number of enemies, and it’s all incredibly straightforward and easy to get through. Although clearly aimed at younger gamers, it’s actually relaxing fun for the more experienced. Yes, it’s easy, but it’s also pretty to look at, has a great soundtrack and really doesn’t ask for much. There are no puzzles to speak of, the bosses are simple affairs, and exploration is rewarded with hidden chests and presents containing new weapons and skins.

These come in many forms, from the recognisable (you can play as the Kid from Bastion) to the silly (you can also play as a banana or a rasher of bacon), and the weapons are the same, While the Pirate Sword is pretty normal, other things like guitars, cutlery, and the aforementioned oversized slappy-hands are mixed in with nailboards and pickaxes to provide a ton of visual variety, even though there isn’t much between one weapon or another. You can also equip ranged weapons to deal with flying enemies. The environments are bright and welcoming, ranging from torch-lit caverns and pirate galleys to waterfall-draped forests. It’s pretty arresting for a such a simple game, and none of the stages outstays its welcome – you can probably finish any one of them in about ten minutes.

On the Switch’s smaller screen it looks lovely, but the basic nature is such that on the larger screen while playing some local co-op it still looks great. Overall Riverbond is just a very fun time, perfect for youngsters but oddly therapeutic for all of us grumpy old adults.

Riverbond is just a very fun time, perfect for youngsters but oddly therapeutic for all of us grumpy old adults.