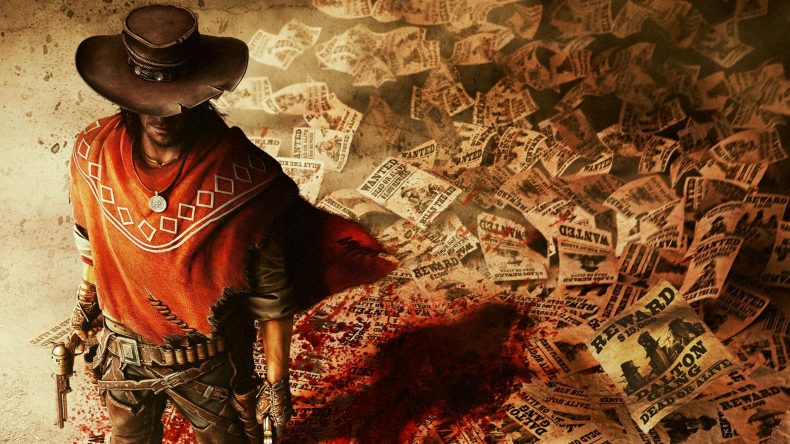 Switch Re:port covers the Nintendo Switch port/version of a game newly released on the platform. Originally released on PS3, Xbox 360 and PC in 2013 and scored 8/10.

Six years is a long time in the West. Indeed, it seems like Gunslinger’s protagonist Silas Greaves can pick off some of the Wild West’s most notorious outlaws and bandits in that time. He achieved much in just over half a decade. It’s interesting to see whether Call of Juarez: Gunslinger has aged as well in the same period since it launched back in the last console generation.

The positives are still here for everyone to enjoy. It was a decent looking game when it launched, with its pseudo-cel-shaded graphical effect standing the test of time, even if textures do look a little outdated. The level design is varied as you progress through caverns, forests, mountains and those infamously-robbed trains of the time. Action-wise the shooting feels impactful, and the combo points system for multiple kills ramps up the adrenaline and makes you feel like a badass cowboy when you pull them off.

Nintendo’s portable console brings gyro aiming into the mix which works well, especially when coupled with the game’s Concentration mechanic – essentially bullet time. Being able to quickly and accurately move and take down enemies one by one is both satisfying and well-executed if you pardon the pun. The gyro aiming even in normal time felt in control, allowing you to nab those all-important headshot kills either in Story Mode, or the time-limited Arcade mode. The niggles from the original game also creep through, and some feel more noticeable thanks to the passage of time. The draw distance is a problem, leading to noticeable pop-in of scenery, especially when the camera and mission objectives are forcing you to look into the far horizon. And no amount of gyro controls can overcome the frustration of not knowing whether an enemy that you can see poking out from cover is able to be shot or not. This is thanks to poor hitboxes on occasion and invisible walls around cover scenery that extends beyond the visible boundaries. If anything it feels more irritating now, given the gyro controls, and that’s a real shame.

But, despite that, it’s still a fun game to play, much like the original. The voice acting feels like it’s taken right out of a Western, making it feel immersive and believable. The story is bonkers, but that’s fine because it’s all action and doesn’t take itself too seriously. It isn’t perfect, but for those who missed the original, this is a good port of a decent Western action shooter that doesn’t outstay its welcome.

The draw distance is still an issue
Hit-boxes can frustrate

The Switch port of Call of Juarez: Gunslinger is well worth a look. The gyro controls are implemented well, and the game often defies its age to be a fun little shooter.

Yay! Call of Juarez Heads Back to the Wild West in Gunslinger