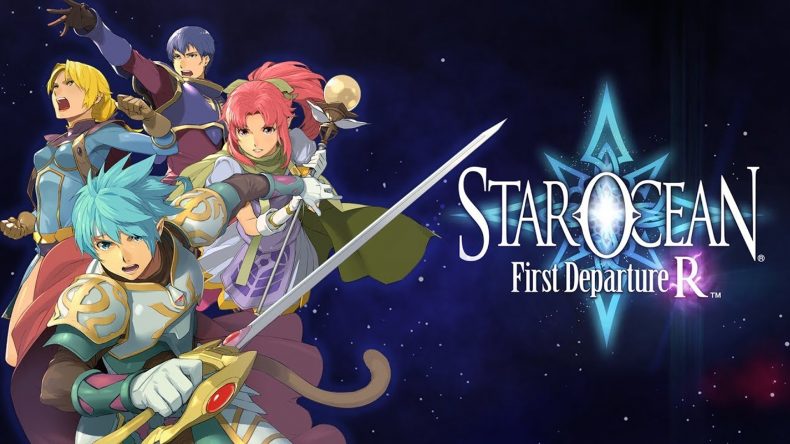 Square Enix’s Star Ocean franchise is something I had been wanting to check out for a while and I finally gave it a shot through Star Ocean: Integrity and Faithlessness which was something I did not enjoy at all. Ever since that hit PS4, Square Enix has slowly been bringing more of the older games to current platforms. Star Ocean: First Departure R is a remaster of a PSP remake of the first Star Ocean game for PS4 and Nintendo Switch. While it succeeds in being an authentic take on the PSP game with some nice additions, the game needed a bit more to be worth recommending to all right now. Star Ocean: First Departure R includes everything from the PSP release and has some nice extras. In addition to the original PSP character art, there’s a new portrait option available. Sadly, cutscenes don’t reflect the different portraits. The other big addition is in voice acting. In addition to English voice acting, you can also play the game with the Japanese PSP voice acting or a new Japanese audio track specially done for Star Ocean: First Departure R. In terms of content, those are the only major additions to this release. If you already played this on PSP, I wouldn’t recommend getting this version just for new voice acting and portrait options. I was hoping there would be some major quality of life improvements.

On Nintendo Switch, Star Ocean: First Departure R doesn’t make use of the touchscreen at all. In handheld mode, it suffers from an annoying issue relating to the font choice. The font doesn’t scale well in general from the PSP version to this remaster but in handheld mode, some of the alphabets don’t even look as they should. The environment could’ve used some touching up because while the characters look nice even while moving, the environment looks very dated. Having looked at some footage of the original release for Star Ocean, those environments look like they would scale up to HD displays better.

If you’re wondering whether Star Ocean: First Departure R is worth buying on PS4 over Nintendo Switch, I’ve enjoyed it a lot more on Nintendo Switch. The game feels the same on both systems when docked but being able to also play it on the go on Switch makes this version better. It also isn’t a very long JRPG or a very good one on either PS4 or Nintendo Switch but I’m always happy when older games that aren’t available digitally are brought to modern systems. Star Ocean: First Departure R plays great and mostly looks great, too. Having character portrait options is very good but the actual game still looks basically like the PSP version, albeit at a higher resolution. The added audio options are very nice, but I wish the game had some quality of life upgrades for portable gameplay like being able to save anywhere, or even control the encounter rate like in Bravely Default. If you’ve been wanting to see the origins of the Star Ocean franchise after playing newer games, Star Ocean: First Departure R is a fine way to do it but one that could have been a lot better.

Star Ocean: First Departure R on Nintendo Switch is a fine way to experience the origins of the Star Ocean franchise but a pretty barebones remaster.