Rollers of the Realm Review 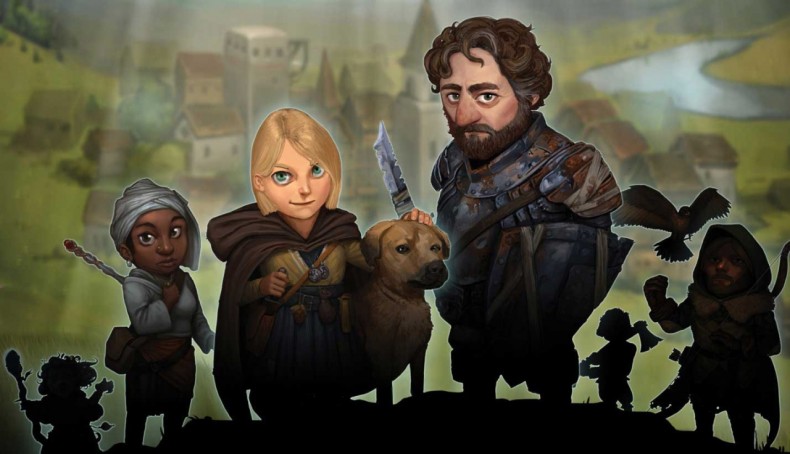 Rollers of the Realm is a “Pinball RPG”. It’s an attention grabbing premise, that’s for sure. Pinball is obviously no stranger to theming, considering that the lifeblood of Pinball is in turning everything and anything into a bespoke table, but to go full on RPG? It’s certainly a brave move…

Ignoring its narrative setup for the time being, the way Rollers of the Realm works is that you tackle individual levels with your party members playing the part of the pinballs, while enemies – actual proper enemies – flood the area above your flippers. It’s then your job to flick your party members around the arena to perform objectives, from killing boss foes to unlocking hidden passages. Each party member handles differently and comes with their own quirks. The Warrior is a weighty orb but deals the most damage and is the best for breaking debris. The Rogue is more manoeuvrable when you use the directional influence mechanic, but can only deal notable damage from behind. The Cleric can restore flippers that have taken damage from enemies, and the Ranger can attack with arrows, in case you’re rubbish at aiming. You have as many lives to beat a level as you have balls, and you can swap characters at any time by holding the ball with the bottom flippers, and revive them if you have enough mana (collected by hitting sweet spots in any arena).

Beating a level pockets XP and gold, which you can then spend to upgrade each ball’s specific traits, as well as add more spheres to your party. Losing a level denies you everything; only success is rewarded in the realm of rollers.

Now, that doesn’t sound too bad, right? It sounds like a giggle: a party of sentient pinballs battering through armies of foes. Problem is, Rollers of the Realm is too serious. It tells the tale of a little street rat who’s taken in by a knight due to a spot of dog-napping. While seeking revenge, these two then get involved in a tale revolving around an ancient trio of heroes that defended the world years ago. Not once in the narrative is the whole pinball thing referenced, despite the character’s balls sliding around the table like people if the cutscene takes them. The tale is largely told with images of people – each of your balls has a “real” person attributed to it – but you experience all of the plot “events” via the medium of pinball. This leads to some strange and intriguing pinball platforming, but it’s ultimately just a bit odd. Either the joke went completely over my head, or someone genuinely played Dragon Age and thought “Gosh, I sure wish I could attack these Darkspawn as a metallic sphere fighting against the inevitability of gravity.”

Secondary to this, the gameplay can be frustrating. The actual pinball mechanics here are sound, and the way you can influence the ball left and right to help aim and keep the ball in play certainly works in this more progression focused format, but enemies take far too long to kill. Having to shoot and aim two or three times is accepted – you do that with table events in Pinball all the time – but having to thump a baddie ten, eleven, or even more times, having to repeat shots constantly and hope their attack doesn’t dunk you down the gutter, is more frustrating than anything. The game encourages you to replay previous levels to improve your stats (each level has a story challenge and an additional challenge chapter), but the problem here is that, well, this isn’t Pinball.

That’s ultimately the issue: Rollers of the Realm isn’t Pinball. Its focus on smaller levels and random factors that can influence the ball works completely counter to the purity and hidden genius of a true Pinball table. The separate high-score Arena mode is barely a replacement for a full table. Rollers of the Realm isn’t a real RPG either, and its “combat” can be annoying, meaning its gameplay is more likely to grate on those who want to play something with such a serious narrative. Odama, Sonic Spinball, Pokemon Pinball, Metroid Prime Pinball… If you’re making a video game of pinball you either need to play it for stupid, ironic laughs, or just go ahead and make a damn good pinball game on a theme. It’s hard to quantify Rollers of the Realm as any of the above, with a plot too straight and “tables” too restrictive and unimaginative.

Even though it does deliver some entertainment for a few hours, it’s very hard to identify just who Rollers of the Realm is designed for. It’s premise is attention grabbing, yes, and brave, certainly, but ultimately it just doesn’t gel into a coherent package.

Takes itself too seriously
A bit convoluted
Too slow and ponderous

An interesting premise, but Rollers of the Realm struggles with its identity.