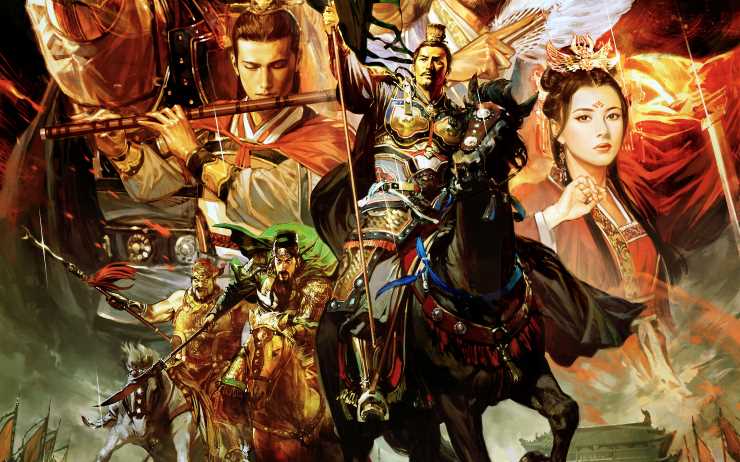 Romance of the Three Kingdoms is a video game series based on a historical novel first published in 1925, and while the series may not be as old as its literature counterpart, it’s still been a part of gaming for over 30 years, the first one coming out in 1985. They’ve appeared on practically every console and computer you can think of, but do they still have a place among so many other current strategy games in today’s gaming circles, and is Romance of the Three Kingdoms XIII (or RTK13 for short) worth your time?

Depending on what you want out of a strategy game and how much time you have, RTK13 is an excellent strategy that’ll have you pondering each conundrum with military and political precision. There are endless menus, orders and information to soak up when first playing, and many will be overwhelmed by the sheer amount of options available. It seems like this is a common critique when it comes to the Romance series, but it’s something that should be pointed out, especially if you are new to them. The game’s Hero Mode does its very best to hold your hand and take you through the basics, however, it can take a good few hours before you finally start to grasp the core concepts of what you need to do. Hero Mode acts as a tutorial to the main game, and lasts for over 10 hours. You’ll take charge of many different leaders and warriors as you become familiar with the tools needed to unify China, weaved in with a pleasantly smart story. Learning how to build an army, battle opposing forces and protecting your city takes time; at first, it’s all about building relationships with your officers and leaders around China by buying gifts and showing them with goodwill wherever you can find it. The first story arcs are tedious, but when you finally get into the nitty gritty of battle the game starts to pick up rapidly, providing a great deal of satisfaction.

Whilst they may not look particularly special, the battles are fun and relatively easy to get into. Once you’ve chosen things like your officers and sub-officers, rations and what types of units you want to deploy, the art of war gets interesting. Depending on whether you are invading or defending, your battlefield is populated with blue and red circles that represent both armies. A simple click on a particular unit (spearman or archers for example) can be posted around the map, or sent in to attack. There are also special actions you can use to either bolster your defences or add extra oomph when attacking. As previously mentioned, it does nothing to rouse your excitement visually, but if you like watching your team in Football Manager as spots in a green rectangle, you’ll have no issues. Outside of the battle, you’re left with the planning and managing of your cities. You work from the ground up trying to help the 3 key elements grow to improve the prosperity of your city: commerce, culture and farming. As long as your people are well-fed, entertained and happy, your city will thrive. Employing your officers as ministers to watch over things helps you out because they offer some key advice when your mind may be focused on a hundred other things. You’ll also need to train your army and keep them looked after because a dwindling army means an absent resolve in your dominance. Luckily, you can employ war ministers to help you out and manage your forces. There is so much to do that you’ll never get bored; at times I struggled with some of the most basic tasks because of the lack of explanation in certain missions, but trial and error and common sense go a long way.

Specific tasks can take over 100 in-game days, so time can be sped up and having this feature gives your brain more time to focus and think; you can pause the game and look through menus, so you’ll never be completely overwhelmed. Likewise, you can speed up time if your current patrol round the city still has over 90 days left. Other little touches like the debates and duels mini-games add more than clicking and controlling from above, but they’re nothing more than a hindrance. When you’re deep in battle or planning your next move from the Ministry, these rock, paper, scissor mini-games can get in the way. They look nice with their Dynasty Warriors sheen, but overall I doubt they’d be missed by many.

There is so much to learn, but so much to take from the hefty lessons in its tutorial that make the main game thoroughly interesting. If you’ve managed to retain everything you’ve learned, picking from one of the 6 scenarios and controlling every aspect of RTK13 in its main game will no doubt provide heaps of satisfaction if you successfully unify China – something I have yet to succeed in. The one surprise and main concern I have is the complete lack of multiplayer; it would’ve been a great pleasure to team up with friends to take on other players from around the world, but hey, you can’t have it all.

Romance of the Three Kingdoms XIII is a good RTS, but there’s plenty to learn that may put off those looking for a shorter and snappier experience.

You may also like
Koei Tecmoromance of the three kingdoms XIIIPC