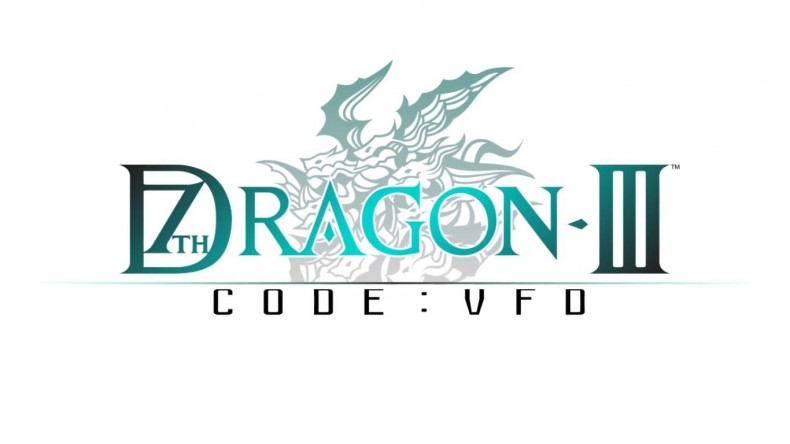 Being a fan of Japanese games involves various stages of excitement and disappointment as you see multitudes of games announced that may never make it outside Japan. 7th Dragon III Code: VFD is something I never thought I’d get to play in English, yet here we are. I’m glad SEGA took a chance on this release because it breathes some new life into the dungeon crawling genre with interesting changes, making it feel like the best of various franchises rolled up into one great package.

Having not played the previous games on DS and PSP, I wasn’t lost at all in Code: VFD — there are some historical references but nothing felt major. The premise here is dragons descend onto Earth and things are about to get very bad for humanity. A video game corporation called Nodens Enterprise teams up with you and a party to save everyone (this is a JRPG after all). There’s time travel, hacking, rabbits who keep insulting you, cat ears, and more in 7th Dragon III Code: VFD. The story is never in your face but there’s more than your average Etrian Untold game and it keeps things interesting enough as you power through floors of dungeons.

Having played a few Etrian games as well as Bravely Default, I found a lot to like here. Dungeon crawling visually is similar to your traditional chibi style 3DS JRPGs while the combat and the layouts of enemies reminds me of Etrian in a lot of ways. In those games, there are FOEs. Here, there are dragons that are indicated by purple icons on the map. The difference is that you’re encouraged to stock up, prepare, and take out these dragons in each areas so you can build your base. The main hub lets you construct and upgrade various things, which in turn help you buy more items.

The customization options here are the real stars. There’s tons of portraits for both male and female party members and plenty of voice actor options for the few lines of voiced dialogue and battle dialogue — more than I could be bothered to preview before setting up my party. I can see why they didn’t bother doing an English voice over here as well which is something to consider before jumping in.

You start off with four playable classes: Samurai, Agent, Duelist, and God Hand. You unlock the remaining four in pairs of two with story progression. I absolutely love how interesting these classes are. Throw away your previous ideas of melee and healing because we have some unique classes here. The Agent can hack into enemies and make them attack each other, doing so with a range of great battle animations. The God Hand can stack attacks that cause God condition on enemies and do more damage. A team with two God Hands can unleash massive damage combos. Speaking of teams and parties, you have 3 members in your active party unlock the ability to add more sets of teams later on. The Duelist reminds me of Ace from Final Fantasy Type 0 with the card draw based attacks.

Skills are earned by using SP gained from battles. Just like in Shin Megami Tensei games, instead of doing an even distribution, I’d recommend focusing on what works for you. There are also party skills that have the inactive teams helping out with various things like breaking enemy defence. The Exhaust mechanic is like a limit break that fills up as you take damage and deal it out. This boosts your stats for a limited time.

Dungeons are lush and full of colour (and dragons and random battles). There’s a gauge on the top left that indicates how close you are to a random encounter. Another thing that should be familiar to Etrian veterans is how you should avoid taking too long in battles when there’s a Dragon (or FOE in the case of Etrian) nearby because they may ambush said battle. Initially, it feels like the random encounter rate is a bit high but thankfully, you unlock an item that lets you lower that rate early on in the story.

You will find yourself stuck wondering what to do and thankfully there’s a NAVI option in the main menu has your Navigator tell you what you’re supposed to do. This is very useful. You also have side quests that may involve regular fetch requests in the main Nodens building or being tasked with defeating certain enemies in dungeons. Some quests are important and you will be forced to complete them before progressing.

You probably already know how important music in JRPGs is to me and 7th Dragon III exceeded my expectations, even after being blown away by the opening song — every little note fits so well. Yuzo Koshiro manages to raise the bar with each soundtrack he does. The one complaint I have in the audio department is the lack of full voice acting. I don’t even mean an English dub.

At this point you’re wondering what’s wrong with 7th Dragon III. Well there’s two major annoyances I had with my time playing through the near 40 hour story. Random battles are fairly straightforward initially and great for experimenting with parties and new classes. These become very easy and you suddenly get hit with a massive difficulty spike in boss fights. Performance issues come in some slowdowns while exploring and just walking around. For a game that doesn’t even support 3D, seeing problems on the New 3DS is a poor show.

Overall 7th Dragon III Code: VFD is an essential RPG for the 3DS. Even with those faults, it is worth playing for any fan of interesting games involving loads of combat and amazing music. Hopefully SEGA consider localizing more of their Japanese games in the future.

7th Dragon III Code: VFD is a superb dungeon crawler with some refreshing mechanics but suffers from a few performance issues on the 3DS.