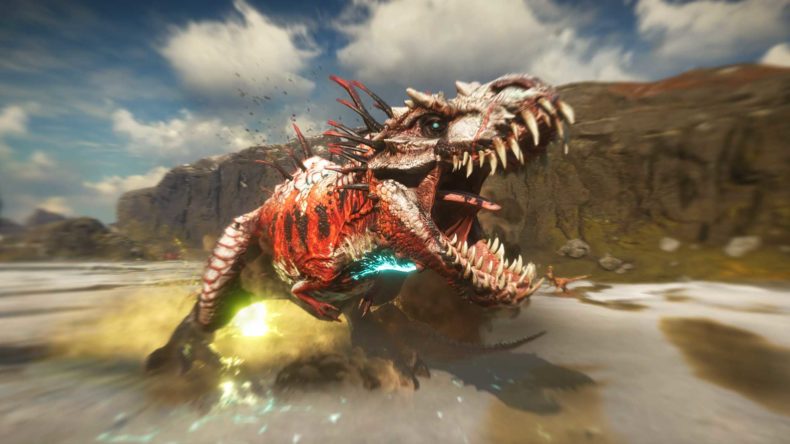 I have a list, a pretty short one, of things that get my immediate attention – and dinosaurs are fairly close to the top. At a certain point in the past, Dino Crisis and Turok were among my favourite games, and when Horizon Zero Dawn dropped a trailer full of robot dinosaurs I lost my mind. So when I came upon Second Extinction, a Left 4 Dead-alike co-op shooter that swaps zombies for mutated dinos, I got just a little bit excited.

Set in a post-apocalyptic world overrun by deadly giant monsters, it sees you dropping into some pretty large maps in groups of three to tackle set objectives. These objectives are fairly straightforward in of themselves: find the downed plane, activate the radio signal etcetera, and they’d all be a walk in the park if not for the hordes of screaming raptors and such bearing down on you.

The dinos emerge from spawn points you can destroy in massive numbers, and there’s a decent variety of beasties. From acid spitters to giant Triceratops, stegosaurus, ankilosaurs that roll at you like armour-plated wrecking balls, and, of course, King Rex. They come at you thick and fast, hitting you relentlessly over and over. Think of it like a horde in Left 4 Dead only more ferocious and toothy. 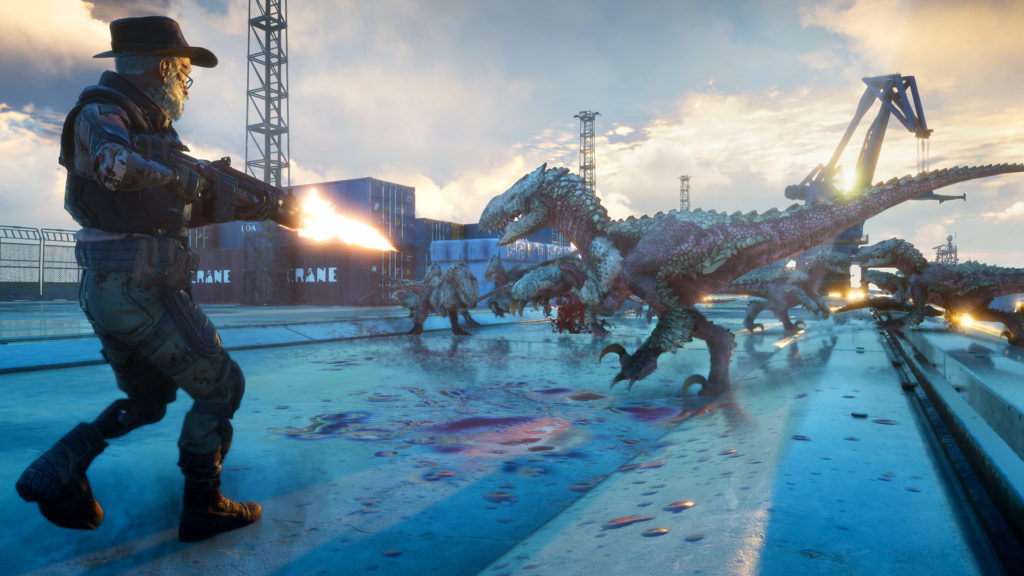 If anything, it can be a little much at times, when a horde is on you and you can barely move or breathe. But that’s where your team mates come in. Each of the four selectable characters has their own abilities such as Rosy, who can create temporary electrical barriers to keep dinos at bay, and unique weapon loadouts. While they don’t exactly synergise, there’s a decent variety, from submachine guns and shotguns to miniguns and grenade launchers. The weapons can be upgraded, and you can take on Contracts during missions that give you something else to focus on, with straightforward but grindy objectives like killing dinos with certain weapons or landing headshots.

Not that you can tell if you’re landing headshots half the time. There’s little feedback from the guns, which is something that needs addressing sooner rather than later as it does occasionally distract from the fun of mowing through hordes of scaly, spiny beasts. It can also be a little buggy, which is probably to be expected given the size of the maps.

There’s also the War Effort to consider: a global initiative that sees the dino population react to your actions. Fail missions in a certain area of the map, and dinosaur activity will increase for other players. Succeed enough and they’ll move on to a different area. It’s a solid basis for sure, and a cool way to create a community. 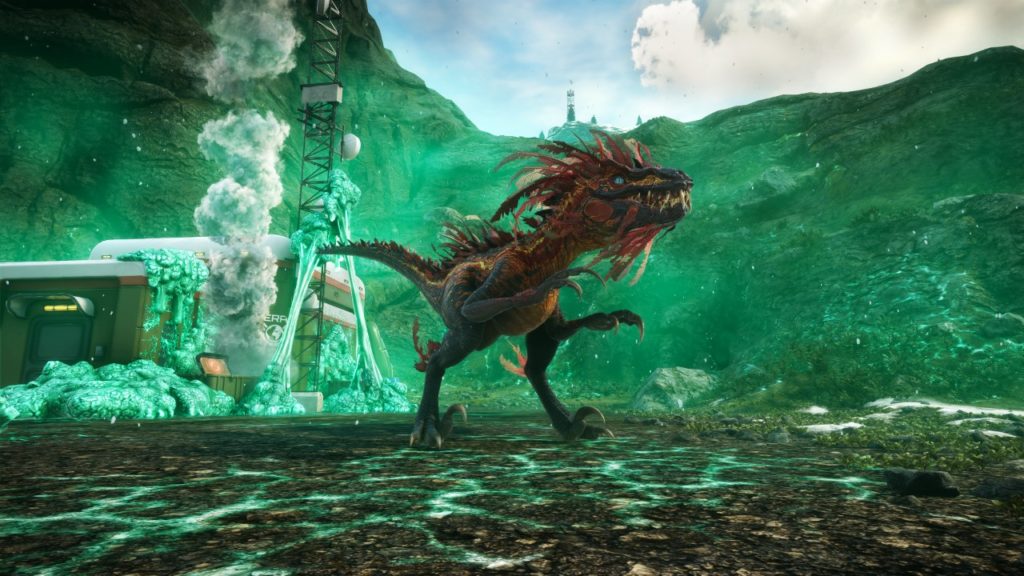 The big concern with Second Extinction is how much extra content is added and how regularly. Right now it’s a decent shooter, but it’s a little repetitive. The variety of dinosaurs is cool, the atmosphere is on point, but the four characters are a little one-note, spitting out the same lines and quips both during and after drop-shipping down to the planet’s surface. The progression system feels lacking, too, despite being able to upgrade weapons, which is likely to be built upon later.

Second Extinction has a solid foundation for moving out of Early Access and onto Xbox. The War Effort feels cool, and the shooting is pretty fun despite a lack of proper damage feedback. It’s very much a Left 4 Dead stablemate, but it stands on its own thanks to its enemy variety and compelling atmosphere. Its loud and frantic and lots of fun, and, well, there’s dinosaurs in it. What more do you want?

Second Extinction is very much a Left 4 Dead stablemate, but it stands on its own thanks to its enemy variety and compelling atmosphere.