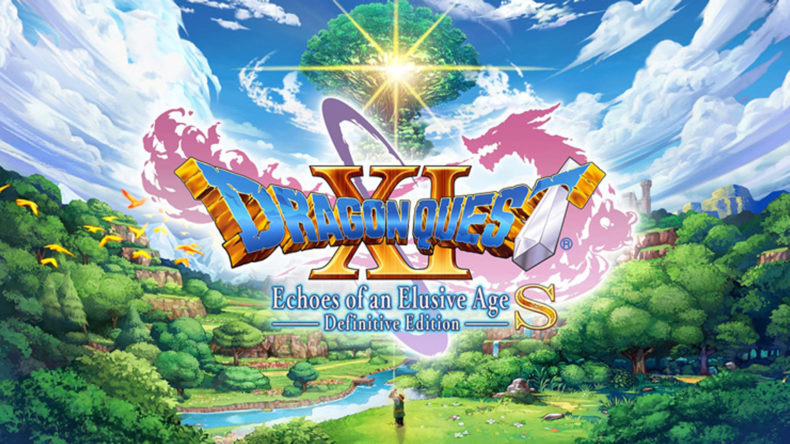 Dragon Quest is a very special game; it always has been. The triumph of that orchestrated backing, the addictive “just one more go” style battles, and visuals so sweet they might bring a tear to the eye of even the most battle-hardened slime. It feels like a franchise that doesn’t hide in its shadow but celebrates it. There is always something a bit familiar about a new Dragon Quest entry yet it never feels unwelcome. Dragon Quest XI S: Echoes of an Elusive Age – Definitive Edition is no different.

Something this series has always had its charm. Each character feels different – even if you don’t remember their name, you remember who they are. Wondering through your hometown of Cobblestone, it fits the archetype of an RPG. You are a nobody in a peaceful nobody town until that peace is disrupted by some great evil. It doesn’t start in too original a fashion but it does it well. Dragon Quest XI has you take the role of an unnamed hero who is the survivor of an evil attack on the kingdom of Dundrasil. You are just a baby at this moment – found floating lazily down the river by a kind old man named Chalky. After a fairly pleasant early life, you discover – through a dangerous coming of age event – that you are the Luminary: a title granted to those chosen by Yggdrasil, the world tree. 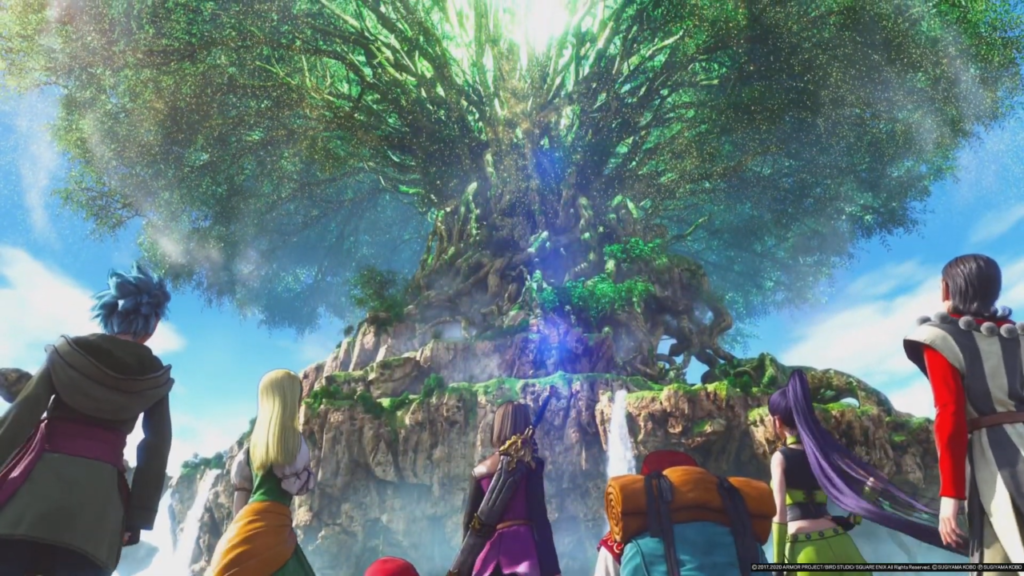 I got up, packed my bags, and walked down the road, accompanied by glorious trumpets. From here, I went to the edge of town and where they asked if I was ready to leave – I wasn’t. I didn’t want to leave this peaceful, lush, green town and all its unique feeling people. I said no, turned around, and basked in it just a little longer. This little reprieve didn’t last long.  Alas, adventure called. Cobblestone feels like a town with potential. By itself as one town, it’s comforting. Put two together with a stick and you have a stone sword.

That sword is sharper than it looks in Dragon Quest. If you don’t take the time out to grind or think about what you’re doing, you could very well see your health bar and gold drain to nothing. It doesn’t punish heavily with death but it does set you back just enough to make you think about it. The gameplay loop is what you might expect from a Dragon Quest title but it doesn’t feel unwelcome. This doesn’t feel like a mindless repetition of the genre, it feels like a honing of it. The tactical turn-based combat feels both rewarding and satisfying as your HP crawls up into the hundreds and your EXP makes its way into the thousands. 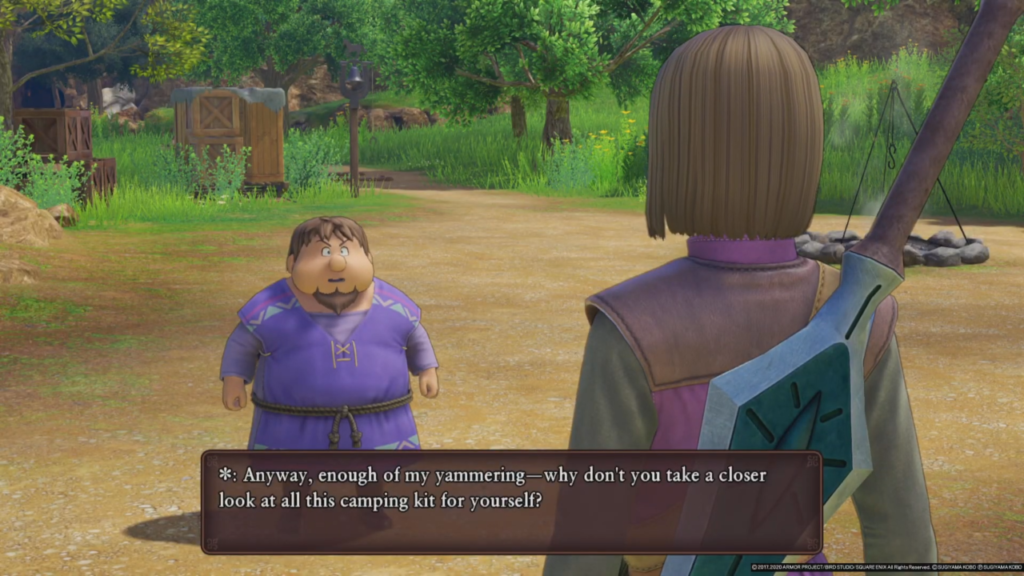 Despite feeling quite familiar, Dragon Quest XI S doesn’t feel stale. Timeless storytelling is just that: timeless. The story isn’t as important as the storytelling here. To explain it would be to ruin part of why it works so well. It aims to accentuate story beats with powerful moments and new ways of looking at things and it does it so well. You won’t get a story here that will blow you away but you will get one that is thoroughly engrossing. That being said, it doesn’t lack originality, it just starts in a more standard way. The story itself gets much better as you go along and starts to really come out of its shell as the 50 or so hour campaign reaches its conclusion. This all being said, I could spend three times that mopping up all of its content

In this same sense, Dragon Quest itself is timeless. Nothing exemplifies this more than the optional 2D mode. Even stripped back to its core elements, its storytelling is strong, its gameplay engaging and its music is warm, bright, and overall just lovely. New in the definitive edition is an orchestrated soundtrack feeling as grand as the adventure itself. This being said, you shouldn’t miss out on the visuals. What it lacks in ray-tracing, and other new-gen buzzwords, it makes up for in its unique art style and general gorgeousness. 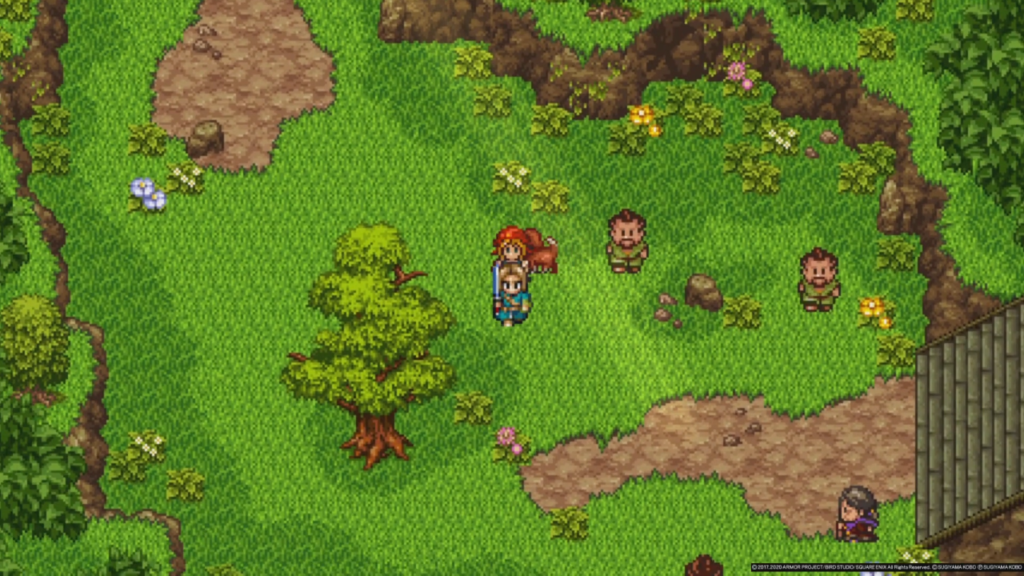 What I wasn’t expecting from Dragon Quest XI S was to be surprised but I was, on many occasions. From the strange optional sidequests to the huge dragons, octopuses, and slimes, there’s so much content to get through here that they could be forgiven for opting to use throwaway ideas. It really doesn’t feel that way. Every choice, from its characters to its stories and more, feels intentional and so utterly charming.

To call this the definitive edition of the original game is a bold move but it achieves that. It doesn’t add a huge pile of new things but it doesn’t detract from the original in a single way. Even the soundtrack can be flip at will if you like the old MIDI one. This is merely an addition to the base game and that base game is rather wonderful. Dragon Quest is comforting in a year that hasn’t been – a solace from the proverbial dark. I didn’t want to leave Cobblestone but by the time I had, I didn’t want to go back. Dragon Quest is a very special game. It always has been.  It always will be.

- Could start from a more interesting place
- A little derivative

Dragon Quest is a wonderful title and nice reprieve from a harsh year.