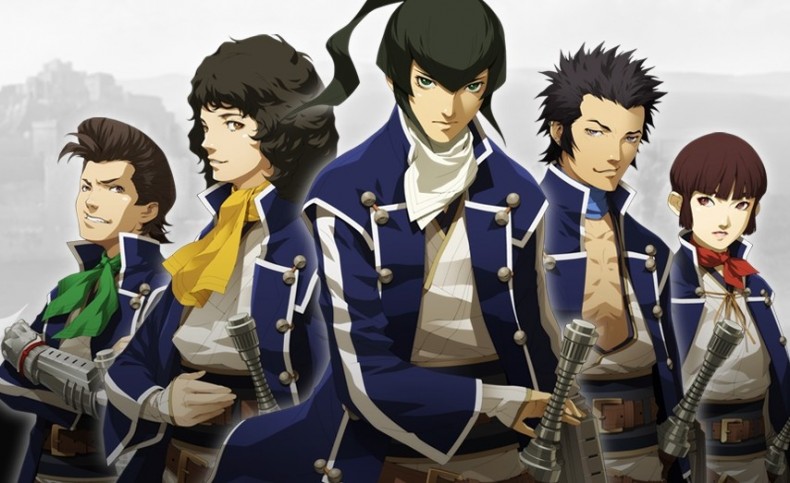 The idea of being able to capture a monstrosity and use its mythical power to our own ends is one which crops up a lot in gaming. Pokemon aside, nobody understands this concept quite as well as Atlus, whose Shin Megami Tensei series takes symbiotic demon husbandry and turns it into an art form. Coming more than a decade since the last canonical instalment, SMG IV finally gets an EU 3DS release, and is yet another more than worthy handheld treat for role playing fans on the go.

You play the part of silent, enigmatic samurai Flynn, in a plot that entwines an ancient feudal kingdom and a nightmarish, dystopian, demon-ruled cityscape. There are strong themes of good versus evil, of a struggle between celestial beings and their demonic counterparts, with the series’ trusted focus on moral choices and branching pathways intact, and a real quasi-religious flavour underpinning everything that takes place. Depending on the choices Flynn makes over the course of the sprawling plot, you will follow one of three “paths”, representing Law, Chaos, or Neutrality. Each point on this in-game moral compass will result in a different outcome, and different objectives for your cast of characters. As is de rigeur for the series, gameplay revolves around dungeon crawling, with plenty of combat. This is made much more appealing thanks to the demon-capturing mechanic, which allows you to attempt to recruit any foe that you encounter by fair means or foul. This can be achieved by entering into conversations where anything including flattery, correctly answering questions, a good old-fashioned bribe or delivering threats could result in a successful capture. These Demons are not stupid, and you will have some good tussles while tempting them to join your side. Answer a question incorrectly or go about things the wrong way and they will disappear, sometimes even after you have dished out a pocketful of Macca – the in-game currency.

Once you start to get the hang of things you can build up a handy menagerie of ne’er-do-well critters, which can be employed in battle to enhance your combat techniques and grant you access to new and diverse attacks and spells. Once you have a grasp of the core system, you can then start having fun by using Fusion techniques – combining Demons together to make new, more powerful beings – hand-picking the attributes that suit you best to create your own customised roster and associated combat style.

The actual battles themselves are terrific, and reward learning about any elemental or physical weaknesses in your opponent and exploiting them. Correctly seeking out that all-important chink in your opponent’s defences rewards you with an additional turn, which can be the difference between life and death in some of the more difficult encounters. The system encourages you to be mindful of the different Demons in your arsenal and the different techniques they bring to the table. The difficulty level is high from the jump-off and only gets progressively worse, but this is not a negative by any means, as it just means you need to get your head around the recruitment and fusion system to become naturally stronger, and learn from your mistakes. Being killed frequently does not necessarily mean constant retreads, repetition and loss of progress, as you can use Macca (or even Nintendo Play Coins) as a means of Phoenix Down-ing your fallen samurai. The mixture of medieval and steampunk-y mythologies is helped massively by excellent character designs courtesy of the team behind Atlus’s superb Trauma Centre franchise. It has to be said that some of the dialogue is pretty deathly-dull, and there is a lack of that quintessential likeability factor going on with the characters you encounter. The NPCs and their locations look very pretty, in particular the burning wastelands under demonic stranglehold, but there are no truly memorable individuals and this does stifle your emotional investment in proceedings.

Criticism must also be levelled at the way you navigate around the gameworld, with a dreadful map that can be extremely frustrating to negotiate thanks to clunkily implemented legend. Many hours into the game an option to zip between locations does occur, but for swathes of time your progress is hindered by its ineptitude.

The negative aspects of SMG IV are negligible, however, thanks to the compulsive demon-farming and top-drawer combat system, which makes the lengthy dungeon crawling and random encounters a treat rather than a hindrance. It is far from the best that the legendary series has to offer, but is still another triumph from a developer who seem to have a real grasp of handhelds and how best to make use of them.