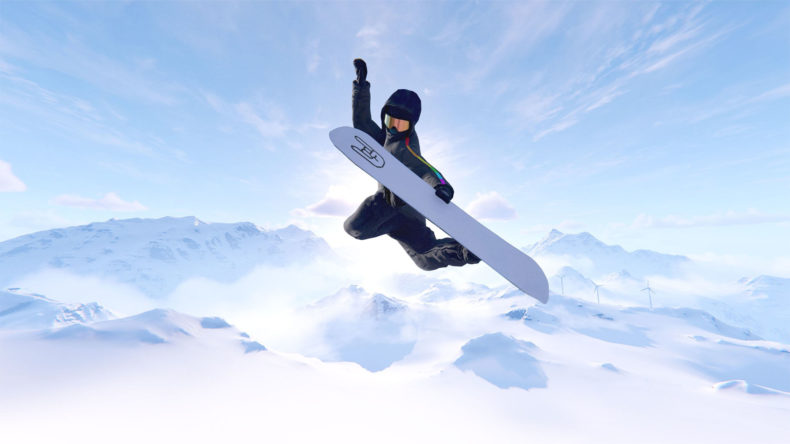 Remember when snowboarding was the coolest? I can. It permeated culture to the point where kids living round me who only actually get to see snow about once every five years were kitted out like they lived in Chamonix. The games were bloody everywhere, you couldn’t move for your Cool Boarders or SSX’s. Then, just like those bead necklaces people started wearing for a while, snowboarding fell off.

Another review, another homage wearing the influences of the past on its sleeve. In this case, Shredders not only plays a bit like stuff you may have enjoyed in the past, it also puts gamers back in front of a genuinely entertaining sport that has dropped out of the public consciousness somewhat in recent years. 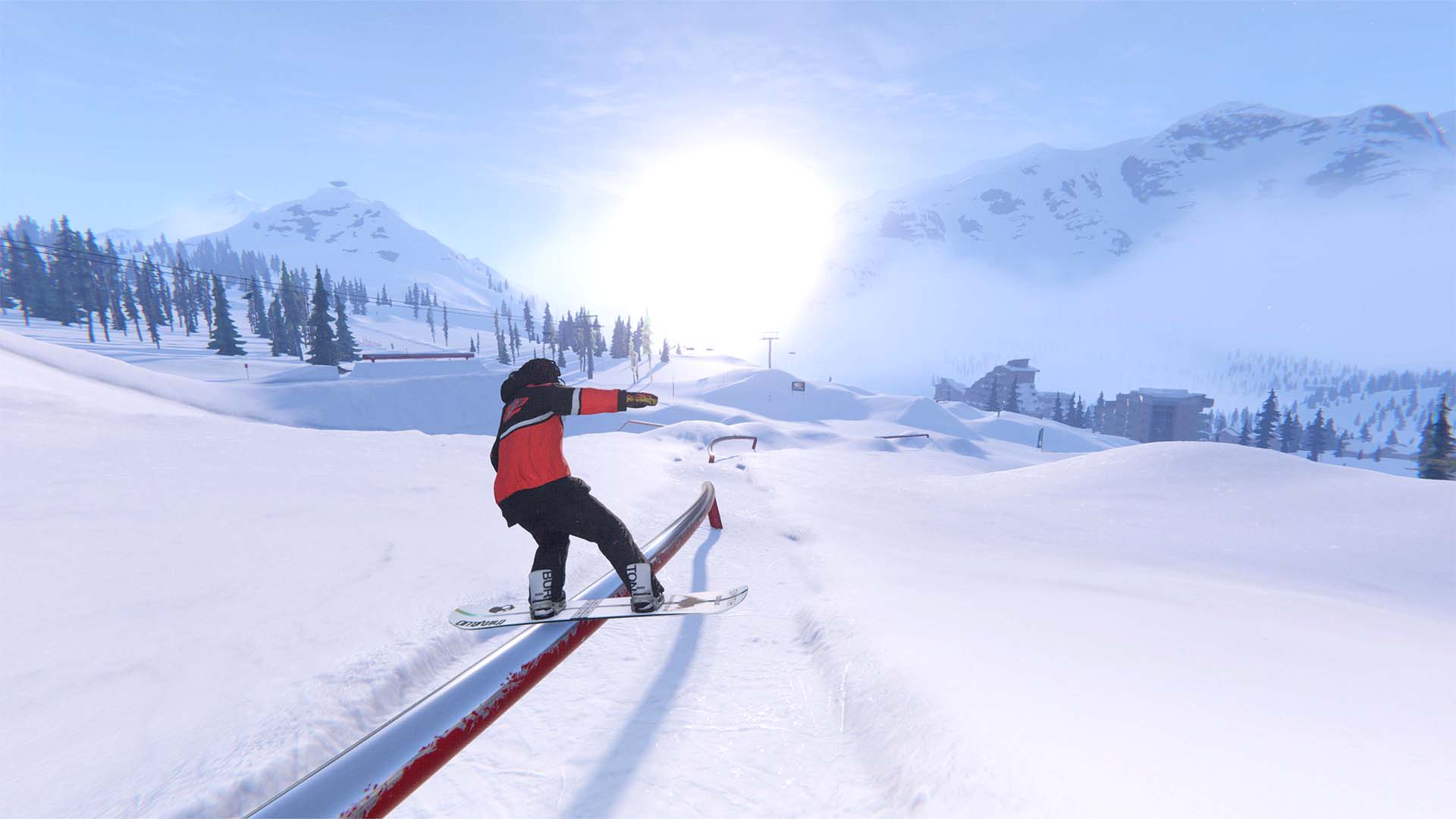 Like skateboarding, it’s snowy bredrin lends itself well to video games. You slide mostly downwards on a deck, doing cool jumps and slides and grabs and grinds. Shredders understands what is important and doesn’t overcomplicate things. It also has a humorous, idiosyncratic style that expertly blends fun arcade gameplay with simulation elements and genuinely warm and funny snowboard culture dialogue and references.

You begin with a tutorial slalom. Controls are simple and intuitive, and crucially mean that you are not only fully in control of your rider, but that your timing and skill dictate your performance; any mistake is down to you. Left stick is used to move from left to right, with a pull of the right stick to slow your descent. Pulling the right trigger executes a jump, and your landings are dealt with by hitting the left. 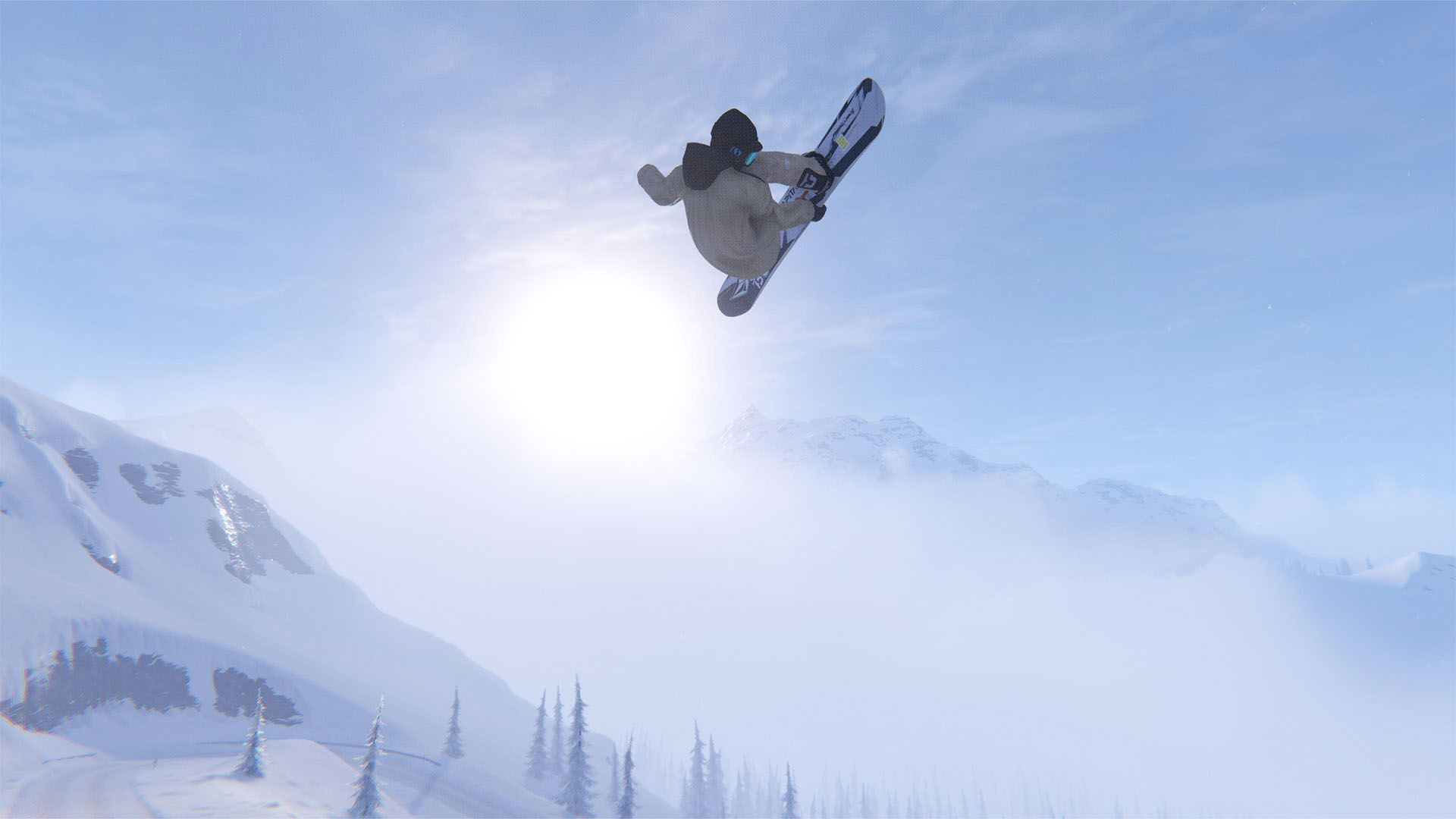 The basics are easy to master, but there are tons of different tricks and techniques to learn. Just like when you had your tentative first go on a Tony Hawk title, you will wipe regularly to begin with. Just like the recently released Slipstream, there is a handy rewind feature that allows you to run things back to correct yourself. The game performs mostly very well, with the occasional framerate stutter observed but nothing deal-breaking. It looks lovely, all snowy and sunny, with cool boards (no pun intended) and outfits.

The main career-esque mode sees you getting served up a succession of sorties underpinned by a loose story based around sponsorship deals, social media, photography shoots and other snowboard-centric stuff, and there is a ton of knowingly cringeworthy, and very funny snowboarding bro-y patois courtesy of the wacky characters you get to interact with. Your boarding crew are the hilariously named Shreddageddon, and throughout the whole game, none of the riders ever remove their headgear and flashy sunglasses-cum-goggles. This really made me chuckle. 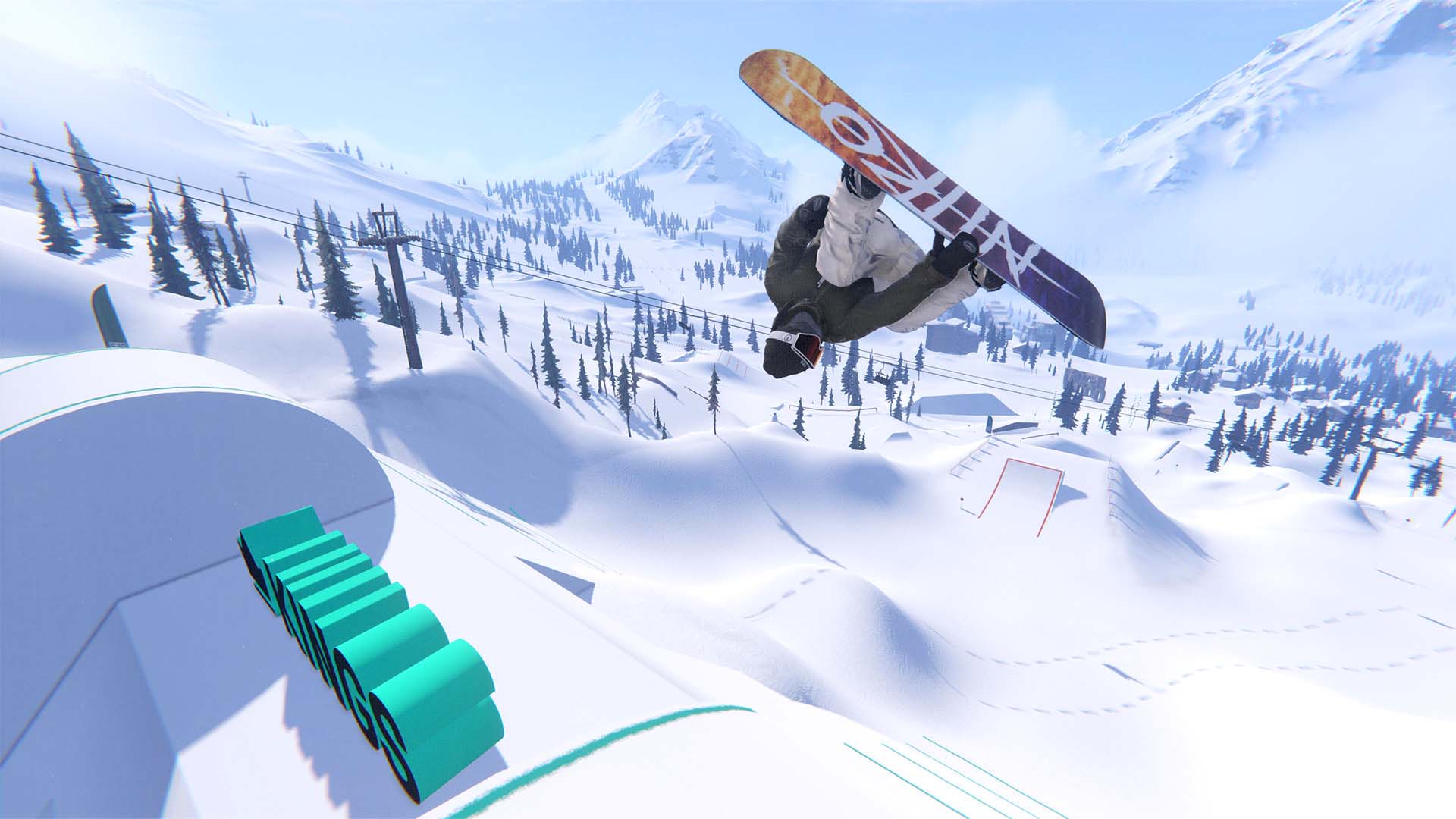 The sense of supreme chill is helped by the fact that developer Foampunch have unearthed a gem in Belgian artist Jennifur who provides a fantastic original soundtrack to proceedings. Released already as an album New Here & Feeling At Home, it is the perfect lo-fi, Boards of Canada-lite-esque accompaniment to the powder snow escapades.

The missions ask you to carry out different tricks, flips, or just reach the bottom of the damn slope as quickly as you can. Despite the unavoidable ubiquity of the snow, the different environments are surprisingly diverse. There are loads of bits of gear you can unlock to customise your avatar with. It is not as challenging as I was expecting, and whilst this limits its overall longevity, it is very accessible, laid back and fun to play.

Quite short
Some framerate goofs

Shredders is not as challenging as I was expecting, and whilst this limits its overall longevity, it's accessible, laid back and fun to play.