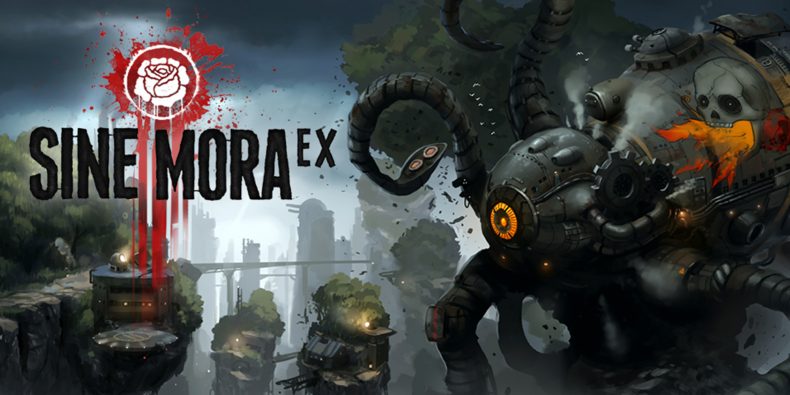 Sine Mora is another game that began as a digital release on Xbox 360 before getting ported everywhere else. The Digital Reality and Grasshopper Manufacture side scrolling shoot em up eventually made its way to PS3, PS Vita, iOS and even OUYA. THQ Nordic has now brought it to current generation platforms including the Nintendo Switch. Unlike most bullet hell experiences, Sine Mora has no health bar and relies on time and power ups that stack.

Another interesting thing is how dark the narrative is here and how it plays out. There are two plots taking place showing you different sides and even different time periods in the same locations and a few new ones. The opening story has you playing as a father mourning the death of his son and he will stop at nothing for revenge. The other side showcases the empire and you get to see the locations from the other story in a very different light here. Given the genre, both stories together are quite dark and it makes for a welcome addition. Some of the set piece like segments are super and make the overall experience even better. On the top of the screen, there’s a countdown taking place. This is basically the replacement for your health and you add time to it by defeating enemies and taking damage will make the countdown go down quicker. There’s also a great power up system that lets you stack power ups. When you take damage, these pop out of your ship and you have a bit of time to collect them again. Sometimes the checkpoint system and chaotic nature of the gameplay will have you getting into a boss battle with just a single fire weapon thanks to this. It takes a bit of getting used to but the sublime gameplay makes up for a few issues like this. I love the boss mode that lets you just practice or do boss fights because just seeing the awesome camera direction and movement before a boss fight is worth it.

I played most of Sine Mora EX handheld and it looks and runs great on the Switch screen. Cutscene direction is great and the camera panning across in boss fights is well done. There are a few situations where the environments look a little bland though. Gameplay is in a 2D plane in a 3D environment like a lot of fighting games these days. The ships look great, but the boss designs are excellent. I wish the developers had put some more thought into the UI. It feels tacked on and in some cases looks lower resolution than it should be. This is weird given how good the actual gameplay and interface during gameplay looks. One of the new features in the EX version is local co-op mode for the story and this makes the Switch version seem like an even better proposition. The original had Hungarian voice options and this one gives you the option of using those or using new English voice overs. I’d also recommend playing this with headphones if you do play it on the go because the sound direction is very nice.

Sine Mora EX is absolutely the best way to experience this game and narrative, and if you enjoy playing on the go, the Switch version will more than deliver. If you already played Sine Mora before, the Switch release will feel overpriced because it costs 3 times that of the PC version. Given the choice between playing a game like this on PS4 or Switch, I will take Switch every time. I look forward to getting more bullet hell experiences on the Switch like the upcoming Danmaku Unlimited 3 because Sine Mora EX was a blast.

Some checkpoint issues
Too expensive

Sine Mora EX is an excellent shoot em up with a dark narrative and some really nice boss fights and is only held back by a few flaws and its asking price.

Sine Mora EX is now out on Nintendo Switch